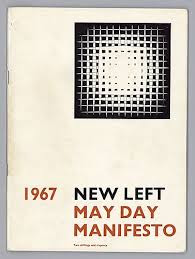 Words are cheap. Any organisation can label itself socialist. What is more difficult is to develop a body of socialist theory and to stick to it. Over sixty years we have seen many left-wing movements, from the Labour party onwards, group themselves around different political programmes. Superficially some of them seemed to differ only in tiny details from the Socialist Party of Great Britain. But these ‘details’ were always sufficient to confirm our opposition to all other political parties. Without exception our hostility has been justified. There is not one of them which has not ended up supporting capitalism. The first and second world wars especially were acid tests which separated the revolutionary Socialist party from the rest.

In other words, the old cliché about the ‘unity of theory and practice’ holds true. A party is only as good as its theoretical platform. It Is because of this that the Socialist party was able to correctly analyse the prospects of both Labour and Communist parties years before either had established themselves as the undisputed government in any country. From the start we attacked these movements for their capitalist policies and predicted that they would administer capitalism in the only way possible—against the interests of the working class.

So when we examine the New Left May Day Manifesto it is not just a case of abstract intellectual analysis. The answer to whether the New Left is socialist—or capitalist-orientated will be in this pamphlet. If they are socialists, we will unite with them; if not, it is our job to expose them. How do they measure up?

The first thing to point out is that it has taken most of the people who signed the manifesto many years to see through the Labour party. And even now they cannot really grasp why Labour has failed so monotonously. Their bewilderment comes through on every line:

We are faced with something alien and thwarting: a manipulative politics, often openly aggressive and cynical, which has taken our meanings and changed them, taken our causes and used them; which seems our creation, yet now stands against us, as the agent of the priorities of money and power.

For all that, they have at least now reached the stage of identifying Labour with what they call the new or managed capitalism. They are also moaning about some of the harsher injustices arising from private property—hitting cut at the chronic poverty which haunts the working class and at the vast concentrations of wealth in the hands of a tiny minority. Scattered throughout the text are odd sentences which show that they have got some inkling of what the problem facing working men and women is. For example,

At the centre of capitalism is the power of a minority, through ownership and control, to direct the energies of all other members of the society.

There is, of course, nothing very novel about all this. Generations of reformers have voiced similar complaints about capitalism and have dignified their futile efforts to humanise it by dubbing them ‘socialism’. The New Left is no exception; in fact, they claim that this manifesto is the work of “a group of socialist workers, writers and teachers” and they even chance their arm at defining socialism. The result is ludicrous—a useless definition, painstakingly obscure and obviously designed so that it can mean all things to all the various quaint brands of Leftists:

We define socialism as a humanism: a recognition of the social reality of man in all his activities, and of the consequent struggle for the direction of this reality by and for ordinary men and women. ,

As the pamphlet progresses a few more facts about this ‘socialism’ are carelessly let slip. On pages 3 and 4, for example, it becomes clear that wages and profits will be just as concrete “social realities” as will “man in all his activities” in this ‘new’ social system. Also they think in strictly national terms: “It would make an important difference, in the balance of power in the world, if we could make a socialist Britain . . .” But it is only after ploughing through twenty seven pages of close print that we finally discover just what form this humanistic socialism takes—Russia, we find, is a “socialist state”.

Just like the Labour party, then, the New Left has not even begun to understand what a system of social ownership and democratic control entails. Yet it might still be argued that it represents a step forward from Labour—or rather a step back, to the pioneer days when Labour leaders were supposed to have their honest, if hopelessly confused, principles. But, if the people who signed the manifesto are anything to go by, the New Left’s talent for compromise is every bit as polished as Harold Wilson’s. Their attitude to wars makes this clear enough.

During what passes for peace under capitalism both socialists and reformers agitate against war but, as we mentioned before, the outbreak of hostilities inevitably sees the Socialist party standing alone in its call for international working class solidarity. Predictably enough, the New Left has some brave slogans:

Socialists have traditionally seen war, in the twentieth century, as the conflict of rival imperialisms; for colonies, for trade, for spheres of influence.

It also has some blindingly original solutions for exorcising armed conflicts from capitalism:

In Europe we must press for disengagement between East and West in the political sphere (whether in the form of nuclear-free zones and a European Security Pact, or in piecemeal initiatives by individual nations), and for active association in economic, cultural, social and educational spheres. Negotiations to enter the European Economic Community should be judged by their relation to this more important objective.

But obviously this is for the shop window. When the shooting starts, there is no

nonsense about socialist principles or proletarian brotherhood. To give a few examples, Arnold Wesker—who signed the manifesto—was fervently campaigning for Israel last month during the Middle East conflict. (To be fair to him we should, perhaps, point out that he advocated the peculiar combination of “Israel and peace”.) Another signatory, Anthony Arblaster, was writing about “how Nasser helped Egypt”, while Michael Barratt Brown (“I am not particularly pro-Arab”) gave “every support to a United Nations cordon around Israel”. Clearly, as with its definition of socialism, the New Left caters for all shades of opinion—bar the socialist.

Finally, the New Left is hooked on reforms. The manifesto refers to “the separate campaigns in which we have all been active” and, under a mysterious heading of “Successes and Failures of the Left”, lists some of the recent ones:

In 1951, against massive rearmament and cuts in social services: in 1956, against aggression at Suez; in 1961 and again in 1966. against the wage freeze; since 1965, against British support for the United States’ war in Vietnam.

Perhaps they could point out which of these were its “successes”.

How do socialists look at the New Left, then? “None of this is surprising. It is exactly what one would expect new capitalist politics to be — changes of techniques to maintain older priorities.” This passage, taken from the manifesto, neatly sums up this rag-bag of discredited ideas. The ‘‘group of socialist workers, writers and teachers” turns out to be nothing but a collection of bewildered, Labour party dissidents. Illusions wrecked and hopes shattered, they now want to build another platform of reforms from which they can operate in the traditional Leftist manner—as the uneasy conscience of the capitalist class.