Karl Marx and the Polish Insurrection of 1863 by Adam Ciokosz, Polish Review. Vol X, No. 4, 1966, New York.
The theory of the Socialist Party of Gt. Britain is based on Marxism: Marxian 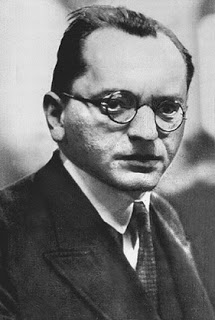 economics, the theory of the class struggle and the materialist conception of history. Marx supported wars. The Socialist Party does not. How is this contradiction to be explained? Is the Socialist Party unMarxist or was Marx inconsistent? One of the dangers of dogmatism, of going by quotations, is that the historical context is lost. Mid-nineteenth century Europe was a different place from the modern world. Marx’s support for wars and nationalist insurrections must be seen against the background of Europe a hundred years ago. In this essay Adam Ciolkosz, an exiled Polish Social Democrat, throws some light on this subject.
Socialism grew out of the European revolutionary democratic movement which the French Revolution had triggered off. Marx and Engels, in Germany in 1848. had played an active part in this movement and they shared many of its assumptions.
Scientific Socialism holds that Socialism is only possible on the basis of large-scale industry as developed by capitalism. However, at this time. Europe was in danger of being dominated by powerful feudal forces — the Holy Alliance of Russia, Prussia and Austria. The soldiers of these powers had already been used to crush uprisings in Italy, Hungary, Poland and Germany. Marx felt that in these circumstances there was a very real danger that Europe might be overrun by these feudal powers, particularly Russia, thus putting off the social revolution for decades. (Note that Marx did not hold to any automatic, mechanical development from feudalism through capitalism to Socialism. He thought that feudalism might dominate Europe, for a time at least, even after the coming of capitalism in western Europe.) This fear of Tsarist Russia explains Marx’s support of the Franco-British side in the Crimean War and also of Polish nationalism. Ciolkosz quotes Marx:

Moscow is the mainstay on which rests the despotic rule of the Hohenzollern dynasty and of its feudal vassals . . .  Hence Prussia is not a barrier against Moscow but its instrument designed in advance for the invasion of France and the subjugation of Germany . . . Europe has therefore one of two choices to take. Either an Asiatic barbarism led by the Muscovites will descend upon it like an avalanche, or it must restore Poland and in this way separate itself from Asia by twenty million heroes, also gaining time to carry out its social transformation.

Ciolkosz adds. “The Polish nation, then was supposed to be a shield against Moscow for revolutionary Europe.”
The job of Socialists is to work for the spread of Socialist understanding among the working class. This is not done by suggesting that “defensive” wars should be supported by workers, nor by confusing the interests of the working class and bourgeoisie. It was a mistake for the Socialist pioneers to entangle themselves in the international power struggles between the capitalist class and feudal nobility. Apart from anything else, they provided an opportunity for the leaders of the social-democratic parties, when they supported the slaughter of the First World War, to claim that they were following a precedent set by Marx and Engels. This made the task of the SPGB all the more difficult when we sought to explain that there were no interests at stake which could justify the shedding of one drop of working class blood.
Marx’s position on war was thus mistaken. Looked at in the context of the historical conditions of the nineteenth century, it is understandable how he arrived at this point of view. But, although we can see the reasons for his error, this makes it no less a mistake.
As it happened the feudal powers did not overrun Europe. They grew weaker and were destroyed completely as a result of the First World War. By the turn of the century capitalism had conquered the world and there was no danger of a feudal reaction. All wars were now purely capitalist, disputes between rival imperialist powers. The task of Socialists was quite clear: to struggle uncompromisingly and consistently for the establishment of Socialism throughout the world.
Adam Buick