Who are the Marxists? 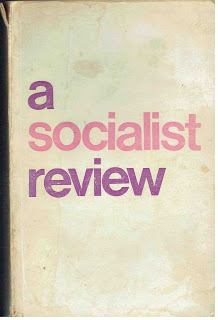 This book is a collection of articles from a now defunct journal, Socialist Review. Its former followers are now grouped around another journal, International Socialism. It is one of the many trotskyist offshoots which claim to be Marxist, yet which depart radically from Marx’s basic ideas on many points.
Marx argued that only the working class can free itself from wage-slavery. By working class he understood all those who, having no property, had to sell their working abilities for a wage in order to live. Today this class, composed of managers, clerks, factory workers, labourers and so on, run society from top to bottom. The Socialist Party of Great Britain, with Marx, holds that only they, acting as a united class, can be the agent of the social change from capitalism to socialism. IS sees the agent as only a section of this class, those who work in the factories, mines, railways and docks. In fact, it would be no exaggeration to say that they idealise this section of the working class. Seeing that most of the members of groups like IS are not themselves workers in these sorts of jobs their attitude verges on the condescending, of doing something for the poor, down-trodden workers. This attitude is a left-over from their Leninist past. Lenin, in contradiction to Marx, held that the workers were incapable of becoming socialists by themselves; they had to be introduced to socialist ideas by an enlightened vanguard. This vanguard would lead them against capitalism.
The IS group, like similar groups, has a reform programme which they call a “transitional programme.” This is a programme designed to create a socialist understanding and to be realised as a transitional stage to Socialism. When these reforms are examined, for example, nationalisation of banks, national planning, State monopoly of foreign trade, it becomes clear that IS is saying that State capitalism is a necessary stage to Socialism. More than this, in fact, many of their members including some writers in this book clearly don’t understand the difference between State Capitalism and Socialism; they really believe that nationalisation is Socialism and that wages, buying and selling, money, etc., will exist in Socialism. In their day-to-day propaganda the emphasis is on State capitalism rather, than Socialism as the solution to workers’ problems. The Socialist Party of Great Britain holds that capitalism has outlived its usefulness and that Socialism is possible as soon as the workers want it; there is no need for any State capitalist stage.
Finally, there is the inevitable r-r-revolutionary romanticism, the dreaming of mass strikes and street battles (read Cliff on the Belgian General Strike of 1960). This leads IS to dismiss with contempt the historically-evolved means to freedom—the vote. But at election times we witness the spectacle of people who dismiss the vote as “a scrap of paper” and Parliament as a “gas house” eagerly working for, and urging workers to vote for, one of the major capitalist parties in this country. This devotion to the Labour Party is maintained even when, as in Hampstead at the last election, they were faced with a socialist candidate. Not understanding the significance of the vote they use it and urge others to use it, to give political power to the owning class. Are they really Marxists?
Adam Buick