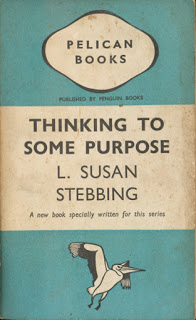 It has been said that, “He who cannot reason is a fool; he who will not is a bigot; he who dare not is a slave.” Everyone reasons about something, but the majority of workers form their political attachments out of prejudice, not from a reasoned understanding.
On a sunny, summer, Sunday morning in 1933 a speaker of the Socialist Party stepped on to a platform opposite the Checquers public house at Dagenham, in Essex, and took this as the theme of his address. One thing, he claimed, that marked the Socialist off from the adherents of other political creeds, was that the Socialist arrived at his point of view from a process of clear reasoning, whilst the reasoning of the others, if they did any, was a confused jumbling of ideas. The speaker drew a picture for his audience of many men entering a building, some of them throwing their hats, coats, scarves, gloves and other impedimenta into a dark comer all in one big heap. Other men placed their hats, coats, etc., in an orderly arrangement on pegs on a wall and took stock of the number of the peg as well as its particular location. When all these men left the building, those who had cast their clothing on the heap were in hopeless confusion in trying to sort them out. The others, of course, were able to collect their belongings easily and in orderly fashion.
Millions of workers get bogged down with their political reasoning, because they have never learned to think systematically. The carpenter, the architect, the motor mechanic, the doctor, the electrician and practically all other workers will think clearly and concisely about their familiar day to day tasks. Outside of that, when they probe into less familiar fields of thought, they get miserably confused and frequently makes fools of themselves. When they argue about religion or politics they bring out a series of unfounded assertions and, as often as not, end up by losing their tempers.
Clear reasoning is not a difficult process once one has learned to avoid certain pitfalls and to follow certain rules. There are two little books, a handy size for the pocket and easy on the purse, which will help to put one on the right track.
“Thinking to Some Purpose” by L. Susan Stebbing is a Pelican book published at 2s. It is referred to as “A manual of first-aid to clear thinking,” and so it is. It will help any striving thinker to avoid the booby-traps, save him from arriving at hasty and illogical conclusions, and show him the faults in other people’s reasoning. 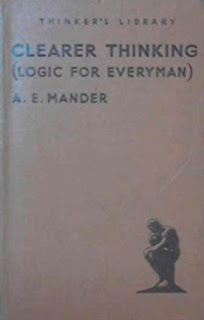 Another book, at the same price is, “Clearer Thinking (Logic for Everyman)” by A. E. Mander and published by Watts and Co. In the foreword to this book it is pointed out that thinking is skilled work and no one can expect to be efficient at it unless they learn and practice, any more than they can expect to be efficient at playing tennis, golf, bridge or some musical instrument unless they learn the rules and technique and practice them.
A Socialist, having learned to think clearly, finds it necessary to express himself equally clearly. It is unsatisfactory to arrive at a sound and logical political understanding and be unable to propagate it in a manner that can be easily understood and assimilated by others.
Practically everyone in Great Britain these days has learned enough English grammar to be able to make his ideas up into sentences and paragraphs. If the ideas are jumbled and confused, the words and sentences used to express them will betray the confusion. That does not mean that clear thinking and sound, logical ideas will result in equally dear and logical expression. A sparkling jewel of thought can easily be lost to sight in a maze of ungrammatical verbiage. Worse still, it can be lost to sight in a maze of grammatical verbiage. Particularly is this so when writing is the medium of expression. 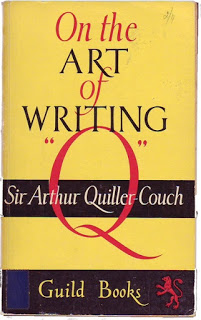 The ability to set down one’s thoughts on paper in plain, straightforward, simply understood phrases, with no superfluous words, must be cultivated. There was a book that was a great help in this matter; “On the Art of Writing” by Sir Arthur Quiller-Couch, published by Guild Books (paper cover) for 1s. One does not see it around much these days but the best chapters from it are to be found in the various books of selected material from the writings and lectures of Quiller-Couch. The famous lecture on jargon is to be found in “Q Anthology” compiled and edited by F. Britain and published by Dent.
A more recent useful book on this subject is “Plain Words” by Sir Ernest Gowers and published by the Stationery Office (paper cover) for 2s. This book, having dealt with the need to be correct in all statements, goes on to instruct in the choice of words; how to avoid the superfluous word, choosing the familiar word, choosing the concrete word, then tells how to handle the words that have been chosen. It concludes with a chapter on punctuation. It is not a grammar. It is a book of advice based upon a study of other people’s mistakes and confused writings. It does a very good job. 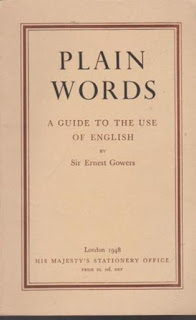 “A.B.C. of Plain Words” by the same author and also published by the Stationery office (paper 3s., cloth 4s. 6d.) is a supplement to “Plain Words.” It takes the material contained in “Plain Words,” plus a little extra, and arranges it in a handy alphabetical form useful for quick reference.
There are probably other and bigger books on these subjects, but those we have mentioned are at a price that will not distress a proletarian pocket and, for that price, are remarkably good books.
W. Waters