“Science, the great emancipator, that has tamed the powers of nature, and 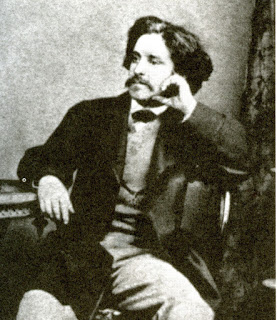 might in so doing have freed man from toil to allow him to develop freely his faculty of mind and body; science, become the slave of capital, has done nothing but supply means for capitalists to increase their wealth, and to intensify their exploitation of the working class. Its most wonderful applications to industrial technique have brought to the children, the women and the men of the working class nothing but overwork and misery.”
o o o
“In former stages of society, famine appeared only when the earth refused her harvests. In capitalist society, famine sits at the hearth of the working class when granaries and cellars burst with the fruits of the earth, and when the market is gorged with the products of industry.”
“All the toil, all the production, all the suffering of the working class has but served to heighten its physical and mental destitution, to drag it down from poverty into wretchedness.”
o o o
“Only through the class struggle can modern socialism realise its social ideal, which possesses the qualities demanded of any hyphothesis that claims a scientific character. The fact of choosing a scientific goal, and of trying to reach it only through the class struggle, distinguishes it from the Socialism of 1848, which was pursuing through the reconciliation of classes a social ideal which could not but be utopian considering the historic moment in which it was conceived. Socialism has thus evolved from Utopia into Science.”
o o o
“When science subdued the forces of nature to the service of man, ought she not to have given leisure to the workers that they might develop themselves physically and intellectually; ought she not to have changed the “vale of tears” into a dwelling place of peace and joy? I ask you, has not science failed in her mission of emancipation? ”
Paul Lafargue