“The Coming Revolution,” by Gerald Gould.
For the Socialist this book has little value, if one excludes certain statistics and 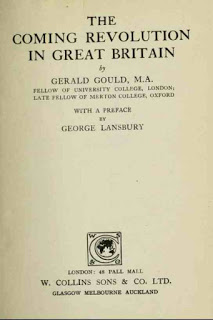