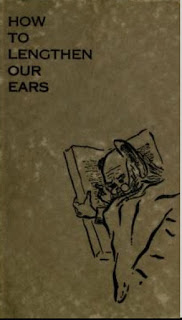 education we are treated to a goodly smattering of nonsense. There is, seemingly, no exception to the rule in the case of Viscount Harberton, whose book, “How to Lengthen Our Ears’’ has just. been described by the “Daily News” (20.8.1917) as “entertaining.” The Viscount, is said to have concluded that “modern education is ridiculous.” La Rochefoucauld, however, reminds us that: “Mediocrities usually condemn everything that passes their understanding.” Perhaps a perusal of two specimens of the Viscount’s deductive drivel will serve to show what noble products are being sent forward by “our” public schools and universities. It may also show how and why our masters sustain such crushing reverses in public debate whenever they venture upon the public platform to attempt the overthrow of scientific Socialism, expounded by members of the working class: Try this:

“Educated England,” says the author in a severe passage, “is not represented by Herbert Spencer, but by Viscount Milner, Dr. Macnamara, and George R. Sims.”

That the dear Viscount is unable to extract any material good from Spencer’s “Principles of Sociology,” or his “System of Synthetic Philosophy,” is quite understood, for here we find a disposition to shed light through the lying, romancing medium of antiquated capitalist teachings. But to bracket Spencer with Milner. Macnamara. and the “Tacho” man is surely running to the limits of present-day stupidity.

A further extract, in fairness to this new philosopher, will serve, not only to enlighten us, but additionally to point out from whom we should take pattern :

Of the late Mr. William Whiteley the author says “a nation could more easily dispense with Gibbon, Goldsmith, Wordsworth, and Swinburne than such productions as Whiteley’s.’,

Poets have not done much to encourage a correction of long-endured economic and political superstitions, but the present scribe does think they have contributed more essentially to the fruits of this life than a hundred thousand “universal providers.”

If one were not actually aware of what university and public school teaching consists one might think the Viscount bereft of common sense, but knowing that some three-quarters of a million pounds are annually expended almost exclusively to the upkeep of what is described by Lankester as “two huge boarding houses,” one is not astonished. These classical colleges are only open for twenty-one weeks in the year, yet the majority of so-called public appointments are reserved for graduates of the universities and “public” schools.

Our noble viscount is purely a product of present-day capitalist thought. For such folk the teachings of the Roman poet Lucretius, or those of Epicurus, have no charm or significance. They are beyond his own limited reasoning. He is not concerned with cultivating the brain, but merely, as the title of his book shows, with lengthening the ears. Small wonder, then, that our viscount hands out the laurel wreath to Whiteley of Westbourne Grove, secure in the knowledge that at. least the trust merchant “made good” even though it did accrue from other people’s brains.

No! I do not think our Spencers, our Huxleys, and our Darwins, need turn in their graves by reason of this puny attempt at ridicule. Education in this country — and it has had some terrific buffeting since war commenced— has not reached that stage, more especially from a capitalist standpoint, wherein the semi-taught are calculated to hold the lamp of knowledge in criticism over the geniuses of science, art, and literature. Huge tombstones may be erected to the idle capitalist bosses, but as one great wit has said : “If some men could rise front the grave and read the complimentary lines on their tombstones a goodly number would think they had gone into the wrong holes.