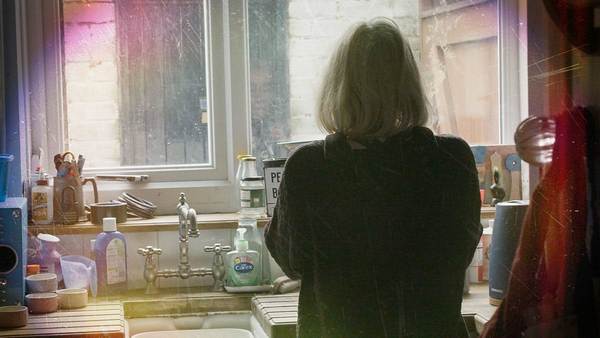 With gas and electricity bills rising, along with the cost of near-enough everything else, the most immediate concern for many of us is how and whether we can pay. A recent edition of BBC One’s Panorama featured households already finding it difficult to cope. A couple with a young son in Birmingham with a just-above-average income of £31,000pa were paying £100 a month for their energy a year ago, and now the amount is £250. Alongside all their other expenses, ‘it’s just getting tighter and tighter’. In Bournemouth, another couple care for their daughter with cerebral palsy. The machines which keep her alive all use electricity which they can’t afford if their bills increase further, having already trebled in a year. Her father says ‘I think it’s quite obscene for energy companies to be posting profits in the billions when we are struggling to actually pay our bills. And I think energy companies are isolated from the reality of a family like ours’.

Between April and June 2022, BP made nearly £7 billion in profit, while Shell raked in £9.4 billion. Over a year, BP has paid £10 billion and Shell £15 billion to their shareholders as dividends and share buybacks. Bland statements from both companies say they will provide financial support to those most vulnerable and are investing in low carbon energy production. At other times, though, their bosses have been more honest about their aims: BP’s Chief Executive has described the company as a cash machine for its shareholders.

In the edition of Panorama: The Energy Crisis: Who’s Cashing In?, reporter Bronagh Munro gives an introduction to the current context of sky-high fuel bills for us alongside astronomical profits for the energy companies. Gas prices increased as an effect of the pandemic, and then again due to the war in Ukraine. But, given that the UK hasn’t been dependent on Russia for gas imports while European countries have been, why has the UK been hit the hardest this side of the continent? Whether or not leaving the European Union has had an impact isn’t discussed. Instead, an explanation is found in how the energy market is shaped by policies such as the link between electricity and gas prices.

Munro explains how the wholesale price of electricity tracks the price of gas. The 40 percent of electricity which is generated from gas sets the price of all electricity, regardless of how it’s produced. Now that the price of gas has risen, so will the price of electricity produced by nuclear reactors (15 percent of that in the UK) and wind farms, for example, even though their own costs haven’t increased. EDF, the French company which owns nuclear reactors in the UK, won’t be able to benefit from this yet though, as they’re locked into contracts at a previous lower price. Supplier Centrica, on the other hand, has doubled its prices in the past year with its profits having grown fivefold. Also, producers of so-called ‘green’ energy receive subsidies through the government, adding £6 billion to our bills. These payments have further bolstered the coffers of companies such as Greencoat wind generators, which has quadrupled its profits in a year.

The wholesale price of gas and electricity has climbed enough to make previous price caps on our bills irrelevant. With wholesale costs so high, the price cap would make it difficult for suppliers to buy in energy and sell it on to us customers while also making a profit. The limit on how much we can be charged for gas and electricity is set by Ofgem, the non-ministerial government department whose stated aim is to protect the interests of ‘energy consumers’. So, the cap has been adjusted to higher amounts more in line with the wholesale amount. One of Ofgem’s previous directors and board members, Christine Farnish, is briefly interviewed for Panorama about her resignation from her roles because she disagreed with decisions about the price cap, saying that they benefited companies more than consumers. She says that the price cap is no longer fit for purpose and only the government can have the solution.

The programme was first broadcast only a few days before Prime Minister Liz Truss announced that a new ‘Energy Price Guarantee’ effective from 1 October 2022 would limit typical household energy bills to £2,500 per year. This doesn’t mean that the wholesale price will change though, so the difference will be funded through government to the tune of around £90 billion, with a further £60 billion to subsidise businesses’ bills. Those on the Left have criticised this policy, arguing that it will be funded by more government borrowing to be paid back through more taxation on the working class, rather than by a windfall tax on energy companies’ profits.

However the money is shunted around, and wherever the burden of taxation really falls, the structural problem remains. While the companies which produce and supply energy are owned by a minority to make profits, they will follow strategies which aim to maximise those profits. Although these strategies, policies, reforms can’t control the economy, as shown by the price cap not impacting on the wholesale gas price, they can help the capitalist class benefit, even through the economic turbulence from the pandemic and now war in Ukraine.

Programmes like Panorama are useful to highlight issues and explain some of the economic context. But they stop short of considering the class divide central to any capitalist economy, or any kind of alternative. In a socialist society, energy production wouldn’t be measured in money and subject to the vagaries of either a profit-driven market or fraught relations between nation states. Instead, the only considerations would be the practicalities of generating sufficient power for people’s needs and wants in an environmentally sustainable way.