With the threat of spiralling prices, wage decreases and fuel poverty looming the promises of the Left that capitalism could be reformed to fulfil the needs of working people look baseless, empty and downright duplicitous. Add to that the seeming relentless atavistic need of the USA to provoke World War Three and we can see that the world hardly differs from that of 100 years ago when the ‘Labour Movement’ promised us that we didn’t need a socialist revolution because they would preside over some miraculous political and economic transformation of capitalism.

The splintering of the world into little tribal nation states and their continual bickering over borders has inhibited the desperate need for a united response to global warming. Having survived a global pandemic we now find that we owe the parasite class billions for their ‘generosity’ in lending us the wealth that we created which, with rising interest rates, will take us all a lifetime to repay. Where, in all this chaos, is the evidence that reformism is anything but an empty promise? 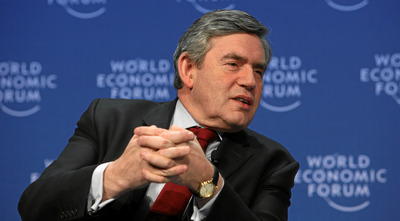 Laughably the ex-Prime Minister Gordon Brown has been pontificating on what should be done – you remember him, don’t you? The champion of ‘New Labour’s Third Way’ who boasted that he’d personally done away with capitalism’s cycle of boom and bust; asking him for economic advice is like asking his partner in crime Tony Blair for advice on international diplomacy. The inevitable accumulation of more and more wealth into the hands of fewer and fewer individuals has produced a world of increasing political instability and economic polarity and poverty.

The initial failures of leftist regimes either in terms of the ‘centralised’ economic planning of state capitalism or by the Keynesian manipulation of taxes and the money supply led to the rise of ‘monetarism’ and neo-conservatism which was, in reality, just a repackaged version of the ancient ‘lazier-fair’ ideology of letting the markets rip to destroy anything that was inhibiting the accumulation of capital in the hands of the parasite class. That too has failed because by selling off the utilities to companies whose only motivation was creating profits for share owners the quality, safety and value of this sector have declined drastically. Britain now boasts the highest prices for the poorest public services, the highest price for fuel and a continuing investment crisis in the NHS together with lower standards, poorer working conditions, ever rising bankruptcies and higher levels of depression and bad general health. No doubt the cry will go up to re-nationalise the utilities and infrastructure only to have us begin the whole depressing and impotent cycle all over again.

And who were the geniuses who decided to put trade sanctions on Russia without a plan B when they inevitably retaliated in kind? Only the governments of the EU, the USA, Japan and Australasia supported sanctions while the rest of the world (85 percent of the global population) did not. It was pointless and only hurt the already faltering economies of Western Europe after two years of the pandemic.

The Trots will be loving this – their prediction of capitalism’s collapse probably seems imminent. But what we know for sure is that whatever replaces the current system it will not be socialism, unless that is what people want and organise for. History teaches us that, without this, the crises of capitalism unleash the monsters of authoritarianism and destruction that characterise extreme leftist or right-wing capitalist governments. Without majority socialist consciousness we are condemned to make the same mistakes of the 20th century again and again until either a nuclear holocaust engulfs us or global warming destroys our species.

Who is to blame for this dire situation? Unequivocally we can say that the abandoning of the socialist revolution by the left, firstly in their support for prosecuting the First World War (by the Second International in Germany), and then by their subsequent endorsement of the horrific Bolshevik regime in Russia was of enormous influence in the working class rejection of socialism.

Then, the blind faith that, despite all the evidence, capitalism can be reformed to serve the interests of the majority has brought us to this precipice. For many people it is politics itself that has failed. The continual diet of ideological promises from the left and right that come to nothing cannot help but create cynicism and apathy. Looking to career politicians to change things for the better is rather like the making of wishes whilst blowing out the candles of your birthday cake as a child. If you really want change you will have to make it. Don’t continue to passively consume the ‘news’, go out and make ‘the news’.

So is this a counsel of total despair? Socialists have been saying this for over a century as capitalism’s crises continually erupt and then subside. Will this one turn out to be the same with the massive collateral damage only affecting the majority whilst the rich just go sailing on? Perhaps, but is it wise to continually risk, with the stakes getting ever higher, leaving our fate in the hands of ideologically-driven careerists?

Next article: …But what about the wage-price spiral? ⮞