Links in the chains

Capitalism enchains the vast majority of the world’s population, and the chains continue to get tighter. The question is how to bring this to the attention of the majority who haven’t yet grasped the enormity of the situation, and then how to address it to the benefit of this vast majority.

‘The more complex the transnational investment networks become, the more intermediaries and jurisdictions there are, the harder it is to determine who is responsible for violations on the ground. Places sometimes are far away, hours by plane, boat and motorcycle cab – in the tropical forests on the banks of the Congo, the Sarawak and the Orinoco rivers – far away from the carpeted offices of The Hague and New York’s Fifth Avenue’ (bit.ly/3tg3jaD). 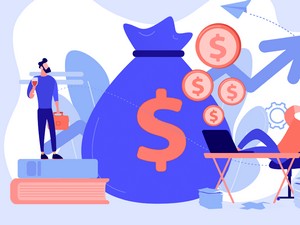 In reality these investment networks are enormous collaborations that are approaching almost complete control of international businesses and producers.

We can begin by taking a look at the numbers of the world’s major players in these investment companies alongside population figures across the world.

According to 2020 figures, of the top ten investment groups in the world, eight are based in the US, one in Switzerland (UBS Group) and one in Germany (Allianz). In global population percentage terms, the US represents 4.25 percent, Germany 1.07 percent and Switzerland 0.11 percent. The top three, Blackrock, Vanguard Group and Charles Schwab Corporation, all based in the US, hold 49.2 percent of global investments. Their various investment management ‘products’ consist of:

A vital point to be recognised is the massive ‘interconnectedness’ these companies have with major supply companies, including for food, which reveals just how tight their control over us as consumers is. This has happened gradually over time, with the majority being unaware of it, tightening the chains even further.

There are adverts for Vanguard and others on various TV channels featuring for instance ‘ordinary folk with pensions’ telling us how Vanguard have their – the people’s – best interests at heart. But look into who the majority shareholders are, and you find that they are, unsurprisingly, most of the wealthiest people in the world.

Food is vital to all humans every day – and the tangled web chaining us all includes food as a major element. Food is now overwhelmingly owned and controlled by major corporations which are also connected to the investment networks.

Attention has been focussed on the choices of food available, with often heated debate over meat consumption, vegetarianism and veganism, etc. However these are often just ‘surface’ chats which do not dive deep into the minutiae and possible problems at local and global levels. What needs more attention, especially following the recent and much-criticised COP26 summit, are the supposed changes needed, including reductions in emissions. And the debate needs rooting in a global perspective. The world comprises hugely different cultures and regions with diverse crops, animals and traditional foods. Perhaps the strongest focus needs to be on the important differences in health and local production in relation to organic and/or big-agriculture farming.

Last year’s demonstrations in India centred in Delhi where millions of farm owners and workers protested the government’s decision to instigate three new farm laws, which would put both land ownership and rented land at risk, with farm workers not being able to continue their chosen or inherited livelihood. Unlike most western (so-called developed) countries, the great majority of India’s working population work on the land in one way or another, and to be pushed out of the rural areas would mean living on the edges of hugely populated urban areas, searching for work that is simply unavailable. The demonstrations came to an end when the government agreed that they would repeal their decision, but the farmers are looking to restart protests as there has been no progress so far. The big agricultural companies seem to again be pushing to introduce genetically modified crops which, after some trials a number of years ago (on aubergines), were banned by the government and branded by farmers as another way of getting them off their land.

By far the farmers’ biggest grievance is continually crushing debt from seed, and chemicals including herbicides, insecticides and fertilisers, foisted on them by the international agricultural companies. Having to purchase all these items on credit, before the planting season begins, before knowing what weather-related problems to expect, or whether the sale price will cover their costs, has been a major reason for hundreds of thousands of farmers to commit suicide by drinking these same chemicals.

These international agricultural companies are also part of the investment groups mentioned above and have a growing presence globally. India is but one example. Farmers around the globe are being pressed into a system of corporate agriculture against their will and each year thousands of acres on all continents are lost to the giant agricultural corporations. 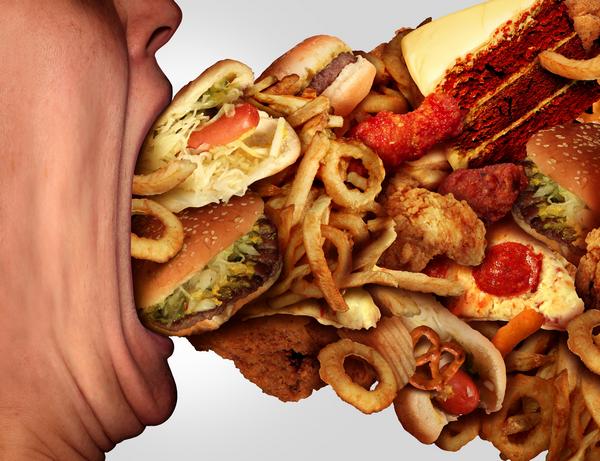 According to scientists at the Francis Crick Institute in London, the growing popularity of Western-style diets is a major reason why autoimmune diseases are rising across the world by about 3 percent – 9 percent a year. It seems that changes in our environment are increasing the predisposition to such diseases. The research team found that diets based on processed ingredients and lacking fresh vegetables can trigger autoimmune diseases. Autoimmune cases began to increase about 40 years ago in western countries and are now emerging in countries that never had these diseases before, diseases such as rheumatoid arthritis, Type 1 diabetes, celiac disease, lupus, inflammatory bowel disease and multiple sclerosis.

An estimated 4 million people in the UK currently suffer from these diseases.

The Western-style diet is one of highly processed and refined foods with high levels of sugar, salt and fat, and protein from red meat – a major contributor to metabolic disturbances and the development of obesity-related diseases, including Type 2 diabetes, hypertension and cardiovascular disease. Biologists and others have long pointed to modern farming methods following the end of the Second World War as another factor in the growing health crisis. Three generations of industrialised farming have left land poisoned year after year by the use of toxic chemicals.

In 2014 the Corporate Europe Observatory released a report critical of the European Commission over the previous five years. The report concluded that the Commission had been a willing servant of a corporate agenda. It had sided with agribusiness on genetically modified organisms and pesticides. Far from shifting Europe to a more sustainable food and agriculture system, the opposite had happened, as agribusiness and its lobbyists had continued to dominate the Brussels scene. Consumers in Europe reject GM food but the Commission had made various attempts to meet the demands of the biotech sector to allow GMOs into Europe aided by giant food companies, such as Unilever and the lobby group FoodDrinkEurope. Democracy in action?

The facts are plain, but still the chains tighten. Food choices, especially for the global poor, are restricted year after year. The poorer you are, the poorer your choice of diet, from processed everything, and children not knowing what real food is, to cereals containing proven dangerous levels of Monsanto’s Roundup, and myriad nutritionally worthless snack foods, all reaping healthy profits for investors. Check out the supermarkets and the fast food chains in the lists of the investment companies and note that the money goes where the biggest returns can be made.

This is all about the power of money, the overwhelming power of a system that exists to channel as much money as possible into the pockets of the wealthiest. As Claus Schwab announced recently at a World Economic Forum gathering, ‘You’ll own nothing and you’ll be happy about it.’

Some of the business sectors to be found in the Transnational Investment Networks are: Big Tech (Facebook, Twitter, Apple, Microsoft, etc. all in the hands of the same investment companies), food and agriculture industries, media of all kinds, pharmaceuticals, travel companies, airlines, booking agents, energy and mining, textiles, fashion brands, oil refineries, solar power companies, tobacco, cars, planes, and weapons.

Superficially companies and corporations appear to be in competition with each other while in reality, when digging below the surface, the major investors and the corporations themselves are cross-invested in their rivals. In this way the major investment holders hedge their risks and ensure their grip on the system.

Mission accomplished? Chains permanently locked? Looking at all of this from a socialist perspective where profits are not part of the equation, the matter is at least easier to grasp, if not solve.

Next article: Proper Gander – Hack To The Future ⮞