North Africa was called the granary of the world during the time of the Roman Empire and it may surprise many that the richest person in recorded history was allegedly not a Rothschild, Rockefeller or even Elon Musk but an African ruler from the 14th Century, Mansa Musa, who possessed wealth of around $400 billion in today’s terms. 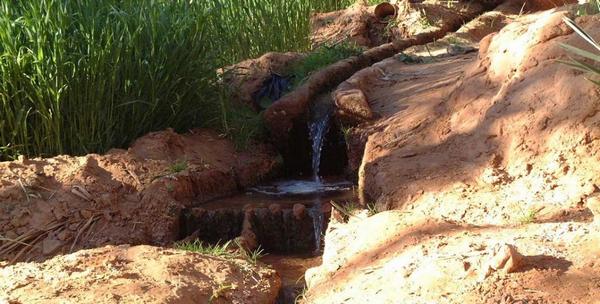 The media’s coverage of Africa tends to be a rather negative one of human suffering, accompanied by pessimistic predictions for the continent’s future. Africa’s great potential is ignored and its promising possibilities neglected, leading to a public impression in the developed world that Africa survives only through the humanitarian compassion of outsiders offering foreign aid and philanthropic charity. There needs to be a seismic shift in people’s perception of what Africa can achieve.

The March 2020 Material World described how the Guinea Savannah, a region of arable agricultural land, is not fully utilised but could enable Africa not only to feed its rapidly growing population but, in addition, produce a surplus to supply the rest of the world with food.

Contrary to commonly held belief, new research has determined that the Sub-Sahara is not as lacking in water sources as once was thought. There exists sufficient groundwater located in underground aquifers, much of it untapped, to irrigate and transform agriculture in the region, providing people with sufficient safe water, as long as it was sustainably managed and not unnecessarily polluted.

‘Our findings debunk the myth that Africa is running out of water. But the tragedy is that millions of people on the continent still do not have enough clean water to drink. There are vast reserves of water right under people’s feet, many of which are replenished every year by rainfall and other surface water…’

The study found that every sub-Saharan African country could supply 130 litres a day of drinking water per capita from groundwater without using more than a quarter of what can be renewed, and most using only about ten percent.

The recent UN annual World Water Development Report found that only 3 percent of farmland in sub-Saharan Africa was equipped for irrigation, and only 5 percent of that area used groundwater, even though groundwater is often abundant in the region. It explains that while some groundwater is quickly replenished by rainfall there are aquifers that have been untapped for millennia now within reach of modern pumping methods and risk being drained. This ‘fossil water’ is not replaceable across human time scales.

To add further caution, the Oakland Institute think-tank has published a study warning that transnational corporations see a profitable opportunity:

‘When irrigation infrastructure is established, it benefits private firms for large-scale agriculture, often for export crops, instead of local farmers and communities. People living in arid and semi-arid lands are severely impacted by large-scale irrigation projects that reduce available pastures, and prevent flood recession agriculture, while fences and canals cut through traditional routes of people and livestock.’

Africa’s tragedy is capitalism. Robbed of their lands, deprived of all means of independent economic existence, and compelled to work for poverty wages, the conditions of our African brothers and sisters have been tragic.

Certainly, there is corruption by kleptocratic dictators but they cannot function without the complicity of the corporations and the acquiescence of finance institutions. In the capitalist international division of labour, it currently suits most of Wall St, the City of London and Shanghai stock exchanges to keep the continent undeveloped rather than encourage manufacturing. The world’s capitalists prefer to loot and pillage resources from Africa instead of creating a viable economy which would compete with their own.

Our fellow workers in Africa should embrace the socialist concept of the cooperative commonwealth. Africa needs to erase frontiers to create a wider integrated society, based upon the free collaboration of all peoples. Africa cannot resolve its crises by nationalism nor with fraudulent reforms. There needs to be a return to the earlier history of shared communal land that is presently passing out of their hands.

A truly liberated Africa will be built upon associations of mutual aid with all the peoples of the world.

One Reply to “Material World – Africa: from bread-lines to bread-basket?”