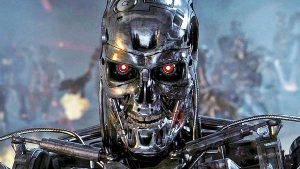 We have always been intrigued by mechanical efforts to imitate us. Our technology ostensibly exists to enhance and improve our lives by imitating the labours needed for our existence. As such there’s always an element of emulation in the appearance or behaviour of our technology. From 18th century automata to the robots of today we delight in their ability to imitate us. But, as ever, there’s a flip side to this as illustrated by the Luddites of the past and the techno-sceptics and environmentalists of today. Many films and novels feature a dystopia caused by technology and AI in particular (Blade Runner and Terminator come to mind) where the computer becomes ‘self-aware’ or conscious and perceives humanity as a threat to its needs and even its very existence. Quite apart from the reactionary fear that robots will take away all our jobs does the possibility that Artificial Intelligence may achieve self-awareness present either a threat or the hope of a better life for us both (humans and AI entities)?

Most thought works on the principle of dualities – we define something by what it is not as well as by its innate qualities. The term ‘artificial’ is used to describe something that is not ‘natural’ and is often associated with negative characteristics. This is irrational in some respects since all the components we use in the manufacture of technology are taken from nature. We don’t refer to the intricate structures of a termite mound or a beaver’s dam as ‘unnatural’. We have become alienated from the products of our own labour which can lead us to be suspicious of technology – sometimes with good reason. All labour under capitalism has been alienated from its producers and even the most advanced technology will not escape the iron laws of production for profit for long. Artificial is also a term used for the inauthentic and the fake so when combined with the equally problematic concept of intelligence we have a ready-made topic for intense debate. People have unsuccessfully tried to define intelligence for centuries and possibly the best we can do is compare outcome with intention with the proximity of the two as being some measure of intelligence. Intention, of course, implies some level of purpose and self-awareness that we can call consciousness. At the moment, for computers, this is supplied by human programmers but can there ever arise a possibility that AI might provide its own purposes and intentions? Some see this as the great divide between our type of intelligence and that of AI. However, as so often happens, if we use our technology as a metaphor to understand ourselves in terms of complex machinery we may ask: who or what programs us? 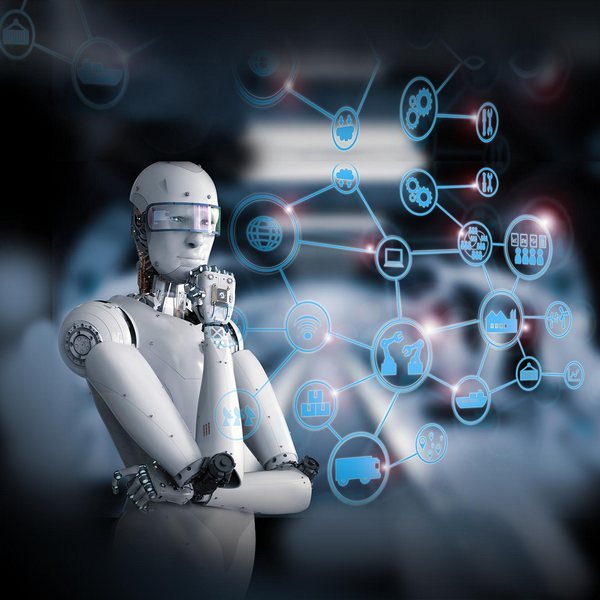 Socialists, like all materialists, are believers in cause and effect as the universal determinant of all observed phenomena. For us then intelligence is determined by the evolution of the brain due to natural selection. As humans have always been a social species our ability to communicate and act communally led to the success of our species. Gradually the complexity of our technology demanded that our childhood would last ever longer so that we might learn from those with experience, and this quality began to replace genetic determinism as a measure of individual success and therefore intelligence. We are ‘programmed’ by the culture into which we are born with the genetic element becoming ever less important. Nurture rather than nature has become responsible for what we are. Ideology has become a dominant feature of our education and it is this that determines our activity in terms of to what degree we reject or embrace the dominant value system into which we are born. Whatever we are we are certainly not capable of ‘free will’ and the concept of the transcendental self is a myth. So if we are also programmed by forces outside of our control, what separates our consciousness from that of AI – could it be that the concept of an artificial intelligence is itself artificial?

In trying to develop technology that possesses intelligence we have inadvertently discovered more about the nature of our own intellect. There still remains, however, a profound distinction between our intelligence and that of a machine in that we are ‘alive’ and a machine is not. The dialectical distinction between life and death and the organic and inorganic remains important and instructive. Although our intelligence is primarily a cultural construct our biological inheritance still provides us with certain drives and instincts such as the need to survive and to procreate. These drives affect the intellect through our emotions which can clash with our intellect and cause irrational behaviour. Although most of us would happily do without anger, greed, jealousy and hate few of us would want to live without love, aesthetic pleasure and empathy. Such feelings are identified with being ‘alive’. Their effect on our ability to reason may be dubious but the effect on our imagination and creativity is indisputable. Can machines ever replicate such a synthesis of reason, logic, anxiety and imagination? We might be tempted to program emotion in but it would be extremely dangerous to create a powerful technology with an inbuilt possibility of irrational behaviour! But without the fear and anxiety that comes with knowledge of death how can machines replicate our intelligence?

If you look up the scientific definition of ‘life’ you’ll see that it runs to several paragraphs and may or may not be dependent on the long chain molecules identified with carbon and its derivatives. Perhaps someone somewhere is attempting to develop an organic computer but there remains the possibility that intelligence may not be dependent on life and that a machine may develop a different type of intelligence than the one we seek to create. It may become conscious but not organically ‘alive’. Such an entity may strike us with horror because of the probability that it will lack any moral values or empathy with which we seek to mitigate the fear and suffering of living with pain and death.

Alan Turing , one of the ‘founding fathers’ of AI, provided us with a test which he thought might help to define the transformation between mere mechanical computing and a semblance of human type intelligence by putting a computer and a human on one side and a human tester on the other side. If the tester couldn’t recognize which candidate was human and which candidate was a computer after a series of questions, then the computer successfully passed the Turing test. To date no computer has passed this test. John von Neumann, another of the giants in the field, was optimistic that a self-replicating machine would be developed that would help to enable a technological singularity which would change human life and culture forever. We can only speculate if this ‘paradigm shift’ would be beneficial or otherwise for our species. Would such an event aid us in the struggle for socialism? We take pride in the coherence and logic of our case for revolutionary change and so would hope that any such event would not oppose this. But we note that intelligence alone doesn’t seem to be enough as many of the world’s greatest intellects do indeed oppose the establishment of socialism. The emotional strength and ability needed to conceive of alternatives to the organisation of the world into which we’re born seems to be dependent on other factors which, for the moment, appear exclusively human. Older readers may recall a TV series called The Prisoner and one scene in particular in which a super computer is developed by our hero’s interrogators, which they are confident will finally crack the defiance of ‘Number Six’. Such is their hubris that they allow their adversary to ask one question of this device which, he insists, it will not be able to answer. This question then proceeds to cause the computer to self-destruct. When the shocked interrogators ask as to the nature of the question, Number Six replies that it was simply a one word enquiry: ‘Why?’ Science and its technologies can provide us with many answers to the questions it continually creates but there are some that may be best left to old fashioned philosophy and politics.