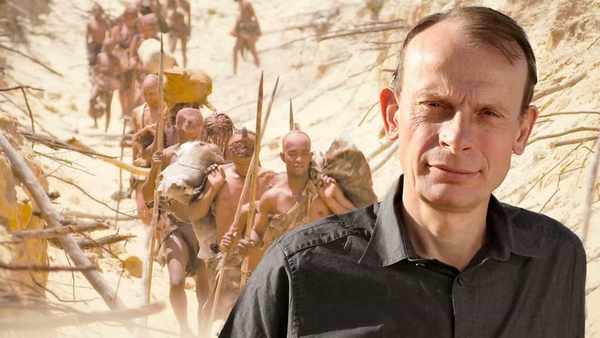 In 2012, broadcaster and current affairs pundit Andrew Marr wrote and produced a BBC/Open University documentary series called Andrew Marr’s History of the World, a lively saunter across 70,000 years of human history which helpfully included the invitation to download a free ‘How do they know that?’ booklet from the OU website, in case you wanted to check any of the facts presented (bbc.in/3EwNvF1).

Unfortunately, in the very first episode Marr somewhat marred his own enterprise with the extraordinary claim that homo sapiens drove the Neanderthals to extinction by hunting and eating them. How did Marr and the OU know that? Well, they didn’t, and the booklet didn’t mention it. Indeed the OU’s own published research instead ‘suggests that climate change was the primary factor in the extinction of Homo species, despite their great ecological plasticity and cognitive abilities’ while ‘in the case of Neanderthals, the climate-driven increased extinction risk was probably exacerbated by competition with H. sapiens’ (bit.ly/3JRkiWw).

Why did Marr make this odd and sensational claim? Perhaps in the absence of hard facts, a racy narrative won out instead. But why did the respectable OU let him get away with it? The thing is, it’s part of the ‘Original Sin’ apology for capitalism, the gist of which is that, like it or not, we need to be ruled by powerful elites because we’re all murderous psychos at heart. This view, popularised by Thomas Hobbes and latterly by his fanboy Steven Pinker, is baked into the foundations of capitalist ideology so thoroughly that it is usually the first objection to socialism that people reach for. This is also why anthropology continues to be such a hotly politicised area of study (see pages 14-16 and 20-21 in this issue).

In the case of Neanderthals, the circumstantial evidence did initially seem damning, with Neanderthals dying out in Europe around 40,000 years ago, just around the time humans from Africa were supposedly first smuggling their bone Neander-bashers through customs. But now new evidence points to H. sapiens already being in Europe around 54,000 years ago, meaning there was a potential overlap of 14,000 years, which in turn hardly suggests wholesale genocidal mayhem (bbc.in/3vrLmGz).

So the hunter-killer scenario, with one species as ruthless restaurateur and the other as regional plat du jour, is almost certainly a caricature. In fact, given the small and sparse populations in early Europe, the two may not even have had much to do with each other, though Neanderthal traces in the human genome do attest to some contact. According to Prof Chris Stringer of London’s Natural History Museum, ‘we don’t need to invoke violent causes for [Neanderthals’] demise. There are already two main factors they had to contend with.’ The first of these was rapid climate change: ‘Most of the north Atlantic was switching from bitterly cold to nearly as warm as the present day every few thousand years, sometimes in less than a decade, and so Neanderthals had to deal with an extremely unstable climate in western Europe before modern humans arrived there’ (bit.ly/3KWs171).

The other factor was humans’ competitive success, due to the fact that, as Prof Stringer says, ‘we were networking better, our social groups were larger, we were storing knowledge better and we built on that knowledge’.

This is not to say that early humans were eco-friendly hippies. Early modern humans very likely hunted most megafauna to extinction, and certainly deforested huge areas of land, contrary to those romantics who impute mystical communion with and respect for nature to all aboriginal populations. But let’s not allow shameless apologists for capitalism to get away with misrepresenting the past for their own propaganda purposes.

Last year’s models
‘We’ve been here before and been disappointed, but we are all secretly hoping that this is really it, and that in our lifetime we might see the kind of transformation that we have read about in history books’ (bbc.in/3MgSTik).

You might think this is a socialist talking about the revolution to abolish capitalism. In fact it’s a scientist referring to the fact that the fundamental W-boson particle appears not to weigh quite what it ought to. It’s only a small difference, but as Prof Brian Cox once observed about a study purporting to show neutrinos travelling slightly faster than the speed of light, to a physicist that’s like saying that you’ve done the sums and found that 2 + 2 don’t quite equal 4. It fractures your whole world like a thunderbolt.

Instead of being horrified at this prospect, physicists are as excited as kids on E-numbers. They have no stake in the current ‘standard model’ of physics because they already know it’s wrong in at least three ways. There’s a whole bunch of antimatter that should be out there but isn’t. There’s a whole bunch of dark matter and dark energy that shouldn’t be out there but is. And gravity haunts it all like the ghost in the machine, inexplicably analogue in an otherwise digital quantum reality. There are all sorts of theories to account for these problems, and the race is on to find evidence for a winner.

How different from the world of everyday affairs, whose social organisation also has its own ‘standard model’, currently known as capitalism. In this case too, there are all sorts of things systemically wrong with it, and many people can see this, not just socialists. But, unlike physics, some people do have a huge financial stake in the status quo, and that doesn’t just skew the debate, it prevents it taking place. So whereas physicists are looking excitedly for a better and more coherent model that they know must be out there if only they can figure it out, the rich are making sure that no such endeavour is taking place in the social realm.

Which is unfortunate, because whereas in particle physics the most that’s probably at stake is a Nobel prize and some departmental funding, for human society the consequence of not having a constructive debate about the future might be not having any future at all.

Next article: Letter – Are we anti Latin American? ⮞