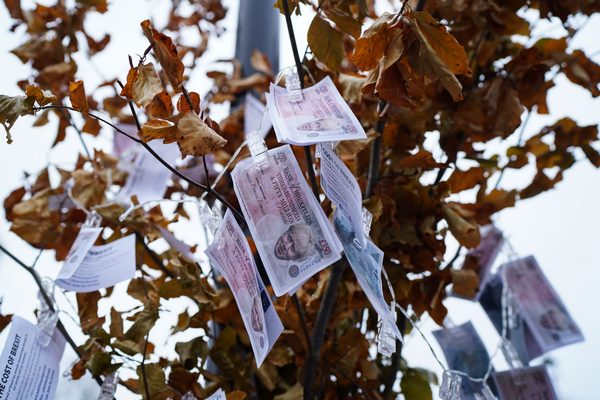 In the last part of the nineteenth century pro-capitalist economists, worried by the use Marx and others had made of the Classical Economist David Ricardo’s labour theory of value, sought to change the whole theoretical basis of economics. They also objected to the Classical Economists’ analysing society as divided into social classes (landlords, capitalists and workers) with conflicting interests.

What they came up with was that it was the utility to consumers that determined the exchange value of goods and services, not labour cost. Consumers were assumed to spend their income in such a way that the ‘marginal utility’ of each different item they bought (i.e ., the added satisfaction they get from one more unit of a good) was equal; the price of goods was the result of consumers all doing this and so would typically decline with every additional unit of consumption as consumers were willing to pay less for it. Similarly, labour and capital were considered as each contributing to production and being rewarded according to their ‘marginal productivity’, the theory being that workers will be hired up to the point when the marginal revenue of production is equal to the wage rate. The reward to capital was profits.

This ‘marginalist revolution’ ushered in Neoclassical Economics and became the dominant view amongst economists and is still taught in schools and universities all over the world. It is against this theory that Steve Keen’s The New Economics: A Manifesto (Polity, 2022, 200 pages), aimed at students about to study economics, is directed. Like all manifestos, it is a call to arms. Keen denounces neoclassical economics as a ‘disease’ and calls for its complete eradication.

Money creationism
But what does he propose to put in its place? As an advocate of so-called Modern Monetary Theory (MMT), his main criticism is aimed at the Neoclassicals’ theory of money and banking. As it happens this is something they inherited from the Classical Economists – that banks are essentially financial intermediaries, borrowing money at one (or no) rate of interest and relending it at a higher rate; that banks do not ‘create’ money but merely redistribute it. Keen defends the contrary view that banks can and do create money.

This is partly a question of semantics about what is meant by ‘creating money’. Even Neoclassical textbooks define bank lending as doing this. So, when a bank makes a loan by definition it ‘creates’ money. The justification for this claim is that when a bank makes a loan it doesn’t hand over the cash but deposits money in the borrower’s account. But this is different from when a customer deposits money in their account, which is a liability of the bank to them (the bank owes it to them). A deposit made by a bank into a borrower’s account is the reverse (the borrower owes it to the bank). It is misleading to treat these two kinds of deposit as the same and to assimilate the second to the first.

Supporters of the view that banks have the power to create new money also point to the fact that a bank doesn’t necessarily have to have the money available at the time it makes a loan. This is true. However, when the borrowers actually spend the money it has to be covered. This may be from inbound income, but if there is a shortfall at the end of a trading day when banks settle up with each other, to cover this the bank has to borrow money on the money market from other banks or from the central bank.

Another confusion arises from the fact that governments, which do have the power to create money, don’t normally do this directly. They do so via the banking system, so creating the illusion that it is the banks rather than the government’s central bank that has created new money or, rather, new money-tokens.

The government money tree
MMT makes an additional claim that distinguishes it from other money-creationists. They are ‘Chartalists’ who hold that money did not evolve spontaneously out of trading but that it has always been the creation of a state. This runs contrary to the Classical view that money originated in commodity exchange when one commodity emerged as the ‘general equivalent’, ie, one that could be exchanged for all other commodities. This was Marx’s view too. Coins are issued by states and are (or were supposed to be) a guarantee of the weight of the money-commodity. Coins are indeed the creation of states but the money-commodity is not. Some coins did weigh the stated amount but others were, or came to be, tokens for this, as are all notes and, even more obviously, electronic money.

MMT argues that, because the state can create money-tokens at will, it does not need to tax or borrow to fund its spending. When it wants to spend it can simply arrange for new money-tokens to be created (or ‘printed’, as it is sometimes anachronistically put) and then spend this; this increases money in the hands of the general public, so stimulating the economy; some of this money can even come back to the state as taxes (if there still are any). Conclusion: the budget doesn’t need to be balanced and can be run at a permanent deficit.

There is nothing ‘modern’ about this theory. People have always wondered why, if something needs to be done, the government doesn’t simply create the money to do it. It is not as simple as that as new money-tokens are not new wealth but additional claims on existing wealth, so that if a government were to do this the result would be inflation causing a rise in all prices; even below the level of the full employment of resources the result, after an initial short-lived stimulation of economic activity, would be stagflation. No wonder some people think that MMT stands for Magic Money Tree.

MMT’s crisis theory
MMT is not quite that crude and Keen offers a theory of crises based on banks supposedly creating too much money by making too many loans and fuelling speculative bubbles, a purely monetary theory of crises. ‘Banks, debt and money’, he claims, are ‘the main factors that drive economic performance and also cause economic crises’ (p. 56). He quotes (p. 84) fellow-economist Hyman Minsky: ‘The tendency to transform doing well into a speculative investment boom is the basic instability in a capitalist economy.’ There is some truth in this; bank lending does expand in a boom but this is in response to the increased demand for loans from firms wanting to make hay while there is an expanding market, a view banks go along with as they, too, expect more profits to be made of which they will get a share as interest.

Contrary to what MMT teaches, increased bank lending comes from the demand side, not from the banks themselves. Despite Keen’s claim, banks seeking more interest from more lending is not what ‘drives economic performance’; what does is capitalist firms seeking profits. What causes a boom to bust is overproduction, in relation to its market, in some key industry, which means that the anticipated profits cannot be realised because not all that has been produced can be sold. Production is curtailed and this has a knock-on effect on the rest of the economy, including the banking sector.

Keen does not think that capitalism’s unstable path can be entirely eliminated, only that it can be dampened down considerably:

‘While financial instability cannot be wholly eliminated from capitalism…… the most egregious elements of irresponsible bank lending can be addressed by limitations on what banks can be allowed to lend’ (p.70).

What he proposes, to remedy this, is some reform to banking law and regulations that would ‘constrain or eliminate’ banks from ‘lending that finances asset price bubbles’ (plus a few pet reforms of his own which no government is likely to adopt).

This, he suggests, would be enough to allow another ‘Golden Age of Capitalism’, as from 1950 to 1973 when there was near full employment, low interest rates and only minor recessions.

Keen’s class analysis
That is not to say that Keen is presenting himself, as most bank reformers do, as a conservative out to save the capitalist system. He writes that ‘to acknowledge that capitalism is a class system is simply acknowledging a fact’ and that ‘with a class-based analysis, the consequences for different social classes of different economic policies must be confronted.’ (p. 142)

Earlier he had given an example of what he had in mind by class-based analysis when he described how a computer model of the business cycle he had devised worked. His model assumes that normally the share of profits in GDP is 12.9 percent, leaving ’87.1 per cent of GDP to be divided between workers and bankers, and it doesn’t matter to capitalists how that is allocated between them’ (p. 87). So he is positing a three-class system – capitalists, workers and bankers. Here is how his model presents the business cycle starting from the boom stage:

‘… [R]ising wage and interest costs ultimately mean that the profits expected by capitalists when the boom began are not realized. The increased share of output going to workers and bankers leaves less than capitalists had expected as profits. Investment falls, the rate of growth of the economy falters, and the boom gives way to a slump. The slump reverses the dynamic that the boom set in motion, but doesn’t quite reverse the impact of the boom on private debt… The recovery from the crisis thus leaves a residue of unpaid debt. The profit share of output ultimately returns to a level that once again sets off another period of euphoric expectations and high debt-financed investment, but this starts from a higher level of debt relative to GDP than before. With a higher level of debt, the larger share of income leaves a lower share for workers. So the workers pay the price for the higher debt in terms of a lower wages share of GDP…’ ( pp 87-8).

So, the class conflict in his analysis is between workers and bankers. But the loss to workers is built into his model because it assumes a constant share of profits in GDP. Since the bankers’ income (interest) has to come out of profits, the more interest capitalist firms pay on loans the less the capitalists retain as profits. It would perhaps have been more realistic to have assumed a constant share of wages in GDP. That would bring out that what would change throughout the business cycle would be the shares of the capitalists and the bankers, which would be irrelevant to workers as it doesn’t matter to them how that is allocated between them, especially as both interest and profits are just a division of the surplus value produced by the workers.

Keen’s model is a specious attempt to show that workers have an interest in reducing the income of bankers whereas doing that would benefit only the capitalists. He is in effect asking workers to take the side of the capitalists against the bankers. But why should they as both productive capitalists and bankers are just two sections of the same capitalist class?