Proper Gander – The Media as Intermediary 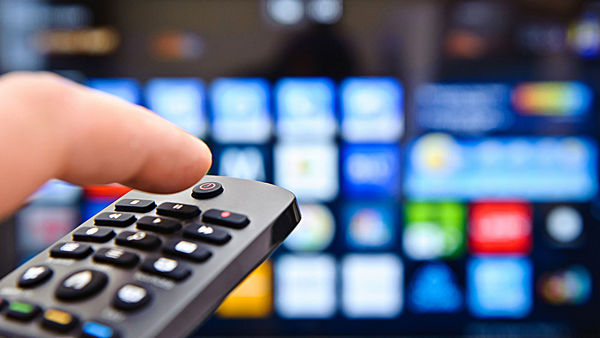 While the current tensions between ‘East’ and ‘West’ are in many ways a return to those of the Cold War years, one difference between then and now is that our awareness of events comes through countless more media outlets than in the last century. Alongside TV news on multiple channels and print journalism we have all the footage, testimony and opinions spread online, especially through social media. In theory, this gives us a wide pool of information in which we can swim around to find the truth as it rises to the surface. In practice, we have to wade through a swamp of biased and incomplete narratives too murky to reveal a clear picture.

The main TV news channels in the UK – BBC News, Sky News and Al Jazeera – have been largely similar to each other in how they have reported on the invasion of Ukraine, each focusing on the effects of the bombing, including the vast numbers of people displaced, alongside the pronouncements of governments and analysts. The BBC has probably devoted more time than the other channels to how the war is affecting people, including those interviewed while struggling to live under attack from Russian forces. Coverage of the relief effort for refugees has been prominent, maybe to try and counterbalance the distressing accounts of the devastation with something more positive about people’s willingness to help those in need. GB News has taken a characteristically conservative perspective, with little emphasis on the refugees’ plight, and pundits such as Dan Wootton applauding Boris Johnson’s handling of the crisis.

Having a near-consensus in the mainstream media doesn’t mean that it is comprehensive. TV news channels have examined economic aspects of the war only to the extent of the impact of sanctions on Russia or whether a side effect will be further increases to energy prices in the UK and Europe. Economic factors behind the situation aren’t generally discussed, such as the dilemma Ukraine was in over whether to develop trade links with the EU or Russia, alongside those with China. In recent years, the UK’s mainstream TV news programmes haven’t reported much on events in Eastern Europe, making the invasion of Ukraine appear more unexpected than it should have been. The Russian state’s annexation of Crimea in 2014 received media attention in the UK at the time, unlike the contemporaneous takeover of the government and police in the Donetsk and Luhansk regions by pro-Russian separatist forces. And neither issue has been covered much in the intervening years, when attention instead went to Brexit and then the pandemic. Nor has NATO’s expansion eastwards been critiqued, and there haven’t been comparisons drawn between the Russian army’s attacks on hospitals and homes and NATO’s bombing of civilians in Yugoslavia during the Kosovo War in 1999. The impression given is that Putin’s decision to invade Ukraine was a sudden event, prompted only by him finally deciding to show his true colours. The lack of recognition of NATO’s actions as contributory factors helps to simplify the mainstream media’s narrative.

UK news channels have been consistent in presenting the war in a conveniently black and white way. It is difficult to imagine them being at all critical of Volodymyr Zelensky’s actions or giving prominence to any allegations of wrongdoing by the Ukrainian army, which includes the far-right Azov regiment. In fact, not much at all has been reported about how they are fighting the war. Russia Today, on the other hand, was keen to depict Ukraine as the sole aggressor, following the narrative of its owner, the Russian state. Before its broadcast in the UK ended, RT’s emphasis was firmly on reports of Ukrainian forces bombing ‘the two Donbass republics’ as it called them, echoing the Russian state’s view that Donetsk and Luhansk have separated from Ukraine, where they are officially defined as ‘temporarily occupied territories’. These reports included allegations that the Ukrainian army has been using phosphorus in weapons, banned by the UN. RT’s policy was to promote the Russian state’s description of a ‘special military operation’ to ‘demilitarise and denazify’ Ukraine, with words such as ‘war’ and ‘invasion’ forbidden. Ironically, one of RT’s slogans has been ‘truth over narrative’. Regulator Ofcom investigated whether the channel was breaching its rules about ‘due impartiality’, according to which some political bias is allowed provided that alternative views are mentioned. Consequently, RT’s licence to broadcast in the UK was revoked on 18 March, although the EU had already pulled the plug on the channel on 2nd March, cutting its stream to the UK. Restricting RT limits access to different opinions (albeit ones heavily biased in favour of Putin’s brutal regime) from which people can make their own judgements. The Kremlin’s crackdown on independent journalism and dissenting voices within Russia is doing the same in a more extreme way.

The mainstream media in capitalism is never going to give us the full story, especially during a war. It doesn’t have the full story to give: any state is bound to curb what information about its strategies the media has access to. Each media outlet selects what to use from the material it obtains and explains events according to its own ethos, creating a narrative which news bulletins disguise under the pretence of objectivity. The language which the media uses also shapes our interpretation. While it is easy to see through the term ‘special military operation’, other expressions are more subtle in how they frame events. For instance, journalists use phrases like ‘Russia invading’ or ‘Ukraine negotiating’, as do many people. It’s recognised that this is just shorthand for the army or government rather than meaning Russia or Ukraine as a whole, but the wording lazily conflates the state with the people under it. This distracts from the reality that the war is between states, not the peoples of Russia and Ukraine who are both pawns and victims. Despite any slant given by the media, footage of families grieving or missiles hitting tower blocks speaks for itself.