When COP26 took place last November, we warned our audience about the optimistic sound bites of the politicians and to be wary of the promises they make. Of course, we were not alone in our scepticism for any success in solving the climate crises. Many environmentalists shared our doubts that COP26 would produce either sufficient or effective policies. However, we identified the problem as not being one of political will but arising from economic necessity because of the inherent rules of capitalism – priority will always be for the accumulation of profit and people’s and the planet’s well-being shall be merely a secondary consideration. 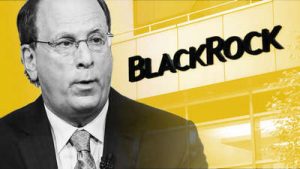 Larry Fink, the chief executive of BlackRock, the world’s biggest investment fund management firm with about £7.4tn in assets, said pushing climate policies was about profits:

‘Stakeholder capitalism is not about politics. It is not a social or ideological agenda. It is not ‘woke’ We focus on sustainability not because we’re environmentalists, but because we are capitalists and fiduciaries to our clients.’

The Glasgow conference was full of ‘net zero pledges.’ There were many, from India’s desire to be carbon neutral by 2070, China’s by 2060, to the EU’s goal of reducing net greenhouse gas emissions by at least 55 percent by the year 2030, to US commitments to cut emissions by 50 percent by the same year. These are all illusory climate action measures. ‘Net zero emissions’ does not actually mean bringing emissions down to zero. Rather it refers to policies that aim to compensate continued emissions with projects that absorb carbon elsewhere. These policies are supposed to help remove the extra emissions from the atmosphere through measures like tree planting, enhanced forest protection (ie, preventing deforestation), and costly carbon capture and storage technologies.

Less than 6 months after COP26, countries and corporations have back-tracked or broken their pledges. The compromises and concessions have led to accusations of ‘greenwashing’ once the finalised COP26 statement was published. Given the division of the world into competing capitalist states with different economic interests, it’s surprising that there was any agreement.

Just three months after the event even the UK MP who chaired the summit, Alok Sharma, accepted that there is a danger that the vital pledges made will ‘wither on the vine…We will have mitigated no risks. Seized no opportunities. We will have fractured the trust built between nations. And 1.5 degrees will slip from our grasp.’

Meanwhile China’s President Xi Jinping said that low-carbon goals should not come at the expense of ‘normal life’, and that ‘Reducing emissions is not about reducing productivity, and it is not about not emitting at all’. His American counterpart, Joe Biden, has conducted one of the largest oil drilling lease auction in recent times.

The case for fossil fuels to begin to be phased out, such as reliance on coal-burning power stations, was the earliest to be reneged upon with very little change on the use and subsidies to coal as an energy source. Coal production has reached record levels in a number of countries.

Reducing deforestation was another key element in climate-friendly policies yet these too were sacrificed to the altar of capital. Barely was the ink dry on Indonesia’s signature, along with more than 100 countries, on a plan to stop cutting down trees on an industrial scale in under a decade, than Siti Nurbaya Bakar, its environment minister, was saying ‘forcing Indonesia to zero deforestation in 2030 is clearly inappropriate and unfair’ and that any deal could not halt economic growth.

Climate nationalism in the name of ‘national interest’ has resulted in so many loopholes in all the promises, pledges and policies to reach the 1.5C of the Paris Agreement, it has turned into a sieve. For all the language of it being a global problem, and requiring world action, we heard very little about doing away with the nation-state.

Previously, our detractors saw socialism as an answer for the far-off future and the reform of capitalism as realistic. They squabbled among themselves for what is the ‘better’ strategy but socialism simply did not appear on their radar. The Socialist Party’s message is utterly drowned out by continual capitalist media propaganda.

The second instalment of the Intergovernmental Panel on Climate Change (IPCC) sixth assessment report compiled by 270 scientists who assessed over 34,000 studies is described by Hoesung Lee, Chair of the IPCC, as ‘a dire warning about the consequences of inaction.’

The final sentence of the IPCC report reads: ‘The scientific evidence is unequivocal: climate change is a threat to human well-being and the health of the planet. Any further delay in concerted global action will miss a brief and rapidly closing window to secure a liveable future.’

Socialism, which our critics customarily presented as an unrealistic, utopian pipedream, can now begin to be acknowledged as the only alternative to the possible collapse of human civilisation. We need to stop centring attention on the false ‘solutions’ the wealthy and powerful are offering. Anything less than socialism is distracting smoke and mirrors.