Pathfinders – Is capitalism making us lose our marbles?

The ongoing pandemic is more than a global health emergency, it’s a global mental health emergency, with evidence-based reasoning looking especially battered and bloody. Social media and preference algorithms have in the past decade escalated what were mostly marginal beliefs about pseudo-science, conspiracy theories and vaccine scepticism into what looks like a proliferating mass-psychosis.

Even some Marxists are not immune. A recent email from a French class war group begins ‘Behind the endless statist lie of the Coronavirus, a spectre haunts Europe: the spectre of communism.’ The spectre of Covid paranoia is more like it. 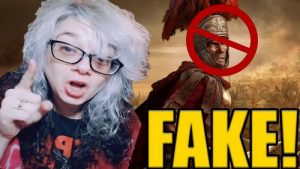 One doesn’t have to dig deep to find the shoddy capitalist motives behind all this. It’s not just would-be demagogues like Trump promoting barking-mad QAnon fantasies to get votes. Online ‘influencers’ have found they can monetise attention by making increasingly outrageous claims that attract shocked followings, thereby earning money from advertisers. Some, like the YouTuber who claims the Roman Empire never existed, will probably remain lone and batty outliers. Others including anti-vaxxers are literally making millions by exploiting people’s fear and suggestibility. Twelve of the richest and most shameless grifters are responsible for 65 percent of vaccine misinformation on all social media and 73 percent on Facebook (bit.ly/33pusOJ). Plenty of others are queuing up to plough this lucrative field.

At least half of the population at any one time believes in one or more conspiracy theories (bit.ly/3I9a2II). Why are humans so vulnerable? Harvard psychologist Steven Pinker, currently touting his new book on rationality, thinks we have a natural tendency to tribalism and magical thinking, reined in by civilised society’s apparatus of science, fact checking and peer review (bbc.in/3I6WM7m). This is of a piece with his Hobbesian view that we are basically murderous brutes who need to be kept in line by coercive state regimes. But it’s a bit rich to be lectured on how to think rationally by someone rather obviously operating from his own set of a priori assumptions. As an example, in a recent BBC series on violence, Pinker commits an egregious sleight-of-hand in extrapolating evidence of Neolithic warfare (ie, from property societies of the last 10,000 years) backwards into the vast 300,000-year period of the non-propertied Palaeolithic, where no good evidence for it exists (bbc.in/3rt9K8E). As for science, that didn’t fall on us like a gift from the gods either. We created it ourselves precisely because we don’t need magical thinking, any more than we need police states.

Nonetheless he’s right that rationality is not a natural skill but an artificial one, like literacy and numeracy, and one which needs to be cultivated for the good of our ‘epistemic environment’. But we’re not cultivating it very well, a fact which the monetisers are able to exploit.

They know, for instance, that more than 90 percent of people hold some form of non-rational or delusional belief, from touching wood to wishing people luck. We’re all prone to well-known cognitive foibles such as confirmation, desirability and clustering biases, as well as the common intuitive short-cut of leaping to conclusions to save the slow analytical effort of slogging through evidence (bit.ly/3nsXrIl).

Poverty and low education are obviously fertile soil for an angry distrust of authority, leading to ‘establishment or world-order types of conspiracy’, but conversely, smart people can often be the easiest to fool, because of vanity and ‘a mistaken belief in their own abilities to filter truth from bullshit’ (bit.ly/33hlHGx).

People have a tendency to associate minor events with minor causes, and major events with major causes, a kind of symmetry bias. In one study, a group shown a fictitious story where a presidential assassination attempt failed were willing to believe a lone actor was responsible, but a second group, told the attempt succeeded, were more likely to believe there was a conspiracy behind it (bit.ly/3fpOTh0). If a princess has a car accident, it’s just an accident, but if it’s upsettingly fatal, that explanation feels too small to fill the yawning emotional hunger for cause to fit effect, so non-random explanations are hunted for, the more convoluted the better. Such an emotional need can be weaponised. Thus a global pandemic becomes no longer just an unforeseen catastrophe but an intentional plot to abolish liberty and turn us into zombies.

Biases creep in when we’re not looking. One recent study showed that ‘People share fake news online even when they can tell it’s not true’, but only if the fake news resonates with their own political views. Conversely, they are far less likely to share it if they think it’s true, but not in line with their own beliefs. The study found however that if people are first asked to evaluate a news story, they are much less likely to pass it on if they think it’s false, regardless of their own views, suggesting that we can be more analytical if prompted (bit.ly/3ttRDCm).

Then there is the remarkable fact that if you are simply told a thing, you are less likely to believe it than if you have to solve a puzzle to discover it, so that a cleverly written narrative using fake evidence is more effective if it makes the reader work to unravel the implications (bit.ly/3nrdvdQ).

Fortunately these tricks don’t work on everyone because there are also other mechanisms at work, notably ‘plausibility checking’, which relies on comparing new information to known and reliable sources. This may explain why, for instance, studies show that political campaigns don’t really work in changing the minds of voters, and why Nazi anti-Semitic propaganda had little effect in areas with no history of prejudice (bit.ly/31Y9yFM). Nevertheless, it’s questionable how many people routinely employ plausibility checking given that it runs against the grain of intuitive thinking, in short, it’s more effort.

So the internet is confronting us with a rationality crisis, because there’s money in them thar shills. In one town, fake news is the main industry (cnn.it/3Ab6Vx5). Capitalism could do more to fight this trend, of course, but it has no great interest in us being rational because rational people would get rid of it. It spews myths the way a factory spews smoke, hiding itself inside a cloud of bogus values, bogus facts and bogus scapegoats.

How should socialists answer those who believe in global hoaxes and conspiracies? Patient refutation doesn’t work because their views are built on self-fulfilling logic. Expecting attack, they become adept at defensive attrition, demanding evidence and then ignoring it, changing the subject constantly to keep you off-balance and playing catch-up, knowing it’s all more exhausting for you than it is for them. But despite everything, people often do recover from such cognitive traps, just like they recover from religious delusions. Some deeper reason reasserts itself. All we can do is show empathy for whatever emotional need has driven them into the trap in the first place, and nudge them supportively towards the larger truth, which is that their real enemy is not a thing you can touch or a group of people you can hate, but a simple set of social relationships, ones we have the power to change together.

4 Replies to “Pathfinders – Is capitalism making us lose our marbles?”