I have a friend who volunteers in a local charity shop. Its purpose is to support the district hospice and my friend tells me that the volunteers she works with are ‘to a tee’ dedicated individuals happy to give their time and energy to help an institution they see as a social asset. The fly in the ointment for a long time, however, was that the paid employee appointed to manage the shop was what could only be called a tyrant. 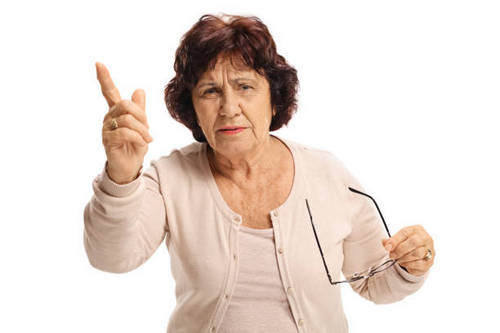 She spent a lot of the time barking orders to the volunteers, criticising them for supposed mistakes and being unpleasant to customers coming in to look around and buy things. Not infrequently customers walked out when they were spoken to sharply by the manager or made to feel uncomfortable and one might imagine that, under such conditions, the volunteers too would vote with their feet. But that is not what happened. The volunteers, though doing unpaid work and finding themselves harassed for their trouble, didn’t walk out but stuck at it because they considered the contribution they were making to what they considered a worthy cause overrode their own comfort and convenience.

What Was To Be Done?

But clearly this could not go on indefinitely and, eventually, my friend told me, when the hospice organisers invited all staff to attend a meeting to discuss potential changes and improvements to the shop, the volunteers saw an opportunity to bring things into the open. They wrote a letter outlining what had been happening and at the meeting put it to the organisers that the shop was not working as well as it could since everyone was having to bear the brunt of what seemed to be the manager’s own unhappiness with her existence. The manager herself was at the meeting and remained silent, even though the hospice organisers seemed keen to defend and excuse her. The volunteers were discouraged, but then suddenly the manager was gone. She had left apparently and everyone agreed that the new manager who then came in was a breath of fresh air. She treated all, volunteers and customers alike, in a friendly, polite way and everyone said how much they enjoyed coming to work in the shop.

When I told this story to another friend, her first response was the ‘human nature’ one. She said that many people behave badly when they are ‘in charge’ and that’s the way things are naturally. But when I replied that the new manager was not behaving like that and that, given half a chance, most people, whether in charge or not, will actually behave in decent cooperative fashion towards those they come into contact with, she relented somewhat and said that the very fact that so many people volunteer to do things to help others without payment of any kind shows that human nature is actually a ‘mixed bag’. And she was right. People’s behaviour towards others is largely dependent on the situation they find themselves in and the state of mind that arises from that. In fact given the damaged lives of so many people in the society we live in and the pressures caused by work, want or insecurity, we might reasonably expect less decent, less cordial, less empathetic behaviour than we actually find. Yet the reality is that, given even half the chance, most people most of the time will behave decently towards others in most circumstances.

What lesson to draw from the charity shop story? Here was a band of people prepared to give up their time and energy without any kind of payment to help less fortunate fellow human beings but being stymied in this by one individual whose own troubled life drove her in an uncooperative direction. The hierarchically organised nature of work in the society we live is a fertile breeding ground for such situations. But it is clearly not the way of organising things that the vast majority of people, given freedom of choice, would want. Of course, such freedom of choice is rarely available in the current society of production for profit with its imperative of ‘making a living’. But, in a different kind of society, it could be. That different kind of society is one based on cooperation instead of competition, on free access to all goods and services instead of buying and selling. As many studies have shown, the human race has survived not because humans wish to compete with one another or to do one another down, but because they cooperate, as the title of one book on the subject, The Survival of the Friendliest, has it. So, as socialists maintain, in a future society of production for use not profit human beings will be eminently capable of cooperating as free and equal men and women to run a social system in which mutual help and support for the satisfaction of social needs is their guiding principle. Just, in fact, as those charity shop volunteers, assisted by an empathetic manager, are doing now in their own small way – though, it must be said that charity, while an inevitable feature of today’s society, will disappear in all its forms in the society of voluntary cooperation and free access on which socialism will be based. It will simply not be necessary.