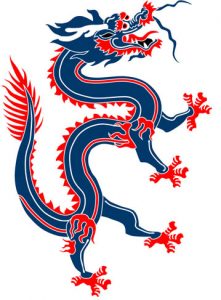 Usually it’s only Christmas, and maybe a week or two in summer, when more fortunate workers get to stay home for a while and put their feet up, though the break from the rat race is always too short to ever get used to.

But then we got the pandemic. Richer capitalist states collectively took a huge hit – the cost equivalent of a world war – by paying their workers to stay at home with furlough schemes. This might look like paternalistic generosity but in reality they didn’t have much of a choice. Capitalism has to have an available workforce, even when there’s no work, because workers producing wealth is how profits recover after a downturn. That’s why there’s a welfare system and why, historically, the British capitalist class tried to prevent the emigration of workers even during famines. So it was either a question of continuing to pay wages for nothing and probably bankrupting themselves in the process, or get the state – the executive committee of the capitalist class – to borrow the money and do it for them. From the government’s perspective, the enormous furlough bill was certainly more politically survivable than presiding over the wholesale economic and social destruction that would otherwise have occurred, even though it will very likely take generations to pay off the debt.

For workers this has been a true black-swan event, an unprecedented opportunity to stay at home and, basically, find out what it feels like not to be a worker, ie, not be forced to slave away in some dull and shitty job for 40 hours a week just to earn the price of their rent, food and bills.

What was the result? Well of course workers loved it, and now a lot of them don’t want to go back to work, or at least not the same work. When hotels, pubs and restaurants opened up after the lockdowns they found they couldn’t get staff, which may be because the hospitality sector is traditionally the least unionised and so generally has the worst pay and conditions. But it’s not just hospitality that’s suffering. The UK is seeing a record shortage of workers which economists are struggling to explain with a mixed bag of reasons including a spate of early retirements, Brexit, and people living on savings or starting their own micro-businesses. It’s not just the UK either, there’s a global labour shortage, estimated by the US government to be around 40 million, which is causing massive supply chain disruptions just as food and energy prices are hitting the roof. Capitalism has rarely looked so close to coming apart at the seams, though there’s no doubt it will recover in the fullness of time if workers stand by and let it.

What might not recover though is workers’ attitudes to employment after their recent prolonged holiday. For months the western media has been talking in gleeful tones about the phenomenon in China of tang ping, or ‘lying flat’. Just as the Chinese economy is set to overtake the US to become the most dominant global force, Chinese youth is apparently staging a quiet revolt against the ‘996’ turbo-capitalist culture of working non-stop, from 9am to 9pm, 6 days a week, to get ahead at any price. Instead, young people are proposing the less stressful and more humane option of taking it easy and doing the least amount of work possible to get by, aka ‘lying flat’ or, as we would call it, being a slacker. Naturally this has alarmed the Chinese ‘Communist’ Party and is one reason why it is currently cracking down on everything from karaoke to computer games to combat what it sees as a dangerously westernising trend (bloom.bg/3HyhGNd).

What would wipe the schadenfreude off the faces of western employers is if tang ping inspires workers to start spreading a new global ‘lazy virus’. And many post-pandemic workers are just in the mood to do so. Elle Hunt argues in a recent Guardian article that people should quit their job and join something called the ‘anti-work movement’, which questions ‘careerist values and the erosion of workers’ rights, while celebrating idleness’ (bit.ly/32f4NHN). Naturally Bertrand Russell’s well-known essay In praise of idleness gets a mention, although Hunt seems strangely unaware of the even-better-known The Right to be Lazy, by Marx’s son-in-law Paul Lafargue. At any rate, the argument is one that’s familiar to any socialist: what’s the point of flogging your life away solely for the benefit of the rich, when we should all be free to enjoy life and do whatever we want, just as the rich are? Now there is an ‘antiwork forum’ devoted to discussing the viability or otherwise of such a lifestyle choice in capitalism, as well as the reactions of employers to it (reddit.com/r/antiwork/). 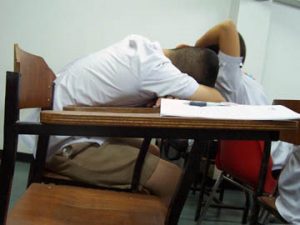 The forum has ‘gone vertical’ in the past year, with subscribers growing by 400 percent to around 900,000. Here you can find a big reading list from the likes of Bob Black, Fredi Perlman and David Graeber, plus little gems like ‘The idea of having to earn a living implies that, by default, you don’t actually deserve to be alive’. But it also includes opportunistic PC game adverts as well as dubious comments like: ‘you shouldn’t worry about your career. The world will be completely unliveable within 20 years. Just try and have a good time while you can.’ Such millennial fatalism is partly fuelled by climate change anxiety, but is also seen among today’s UK students, many of whom are spending their student loans with gay abandon on the assumption that they’ll probably never get a job earning more than the minimum £27,295 threshold which triggers loan repayments – which is undoubtedly why the government is proposing to lower the threshold to £23,000. That’s right, Rishi, kick the kids when they’re down!

On the other hand, the current labour shortages are driving up pay rates, as employers are faced with a seller’s market and forced to be a little less Scrooge-like, along with the UK government also raising the minimum wage again, this time by a comparatively whopping 60p to £9.50 an hour. All this ought to be great news for workers but unfortunately in many cases the gain on the swings is being offset by the losses on the roundabouts through the highest rate of inflation in the UK for a decade and in the US for thirty years, leading to a US net decline in wages of 1.2 percent (cnb.cx/3clYFiK).

Even so, employers are currently on the back foot as they try to increase profits with a workforce that stubbornly won’t play ball, so we should expect an epidemic of strikes in the next year or so as workers organise to press their collective advantage.

Elle Hunt does not tell us whether she’s planning to ditch her job as a journalist, however she does end with ‘The key, at this crucial juncture, is for all workers to align as a class of people’. Unfortunately she envisages this emerging class consciousness as serving only to ‘keep up the pressure on employers to make work work for us’. This is neither ambitious nor even realistic given that all profit derives from the exploitation of workers’ unpaid labour, so capitalist employment can never be made to ‘work for us’ but only for the bosses. While capitalism exists, workers are always going to be hamsters on a wheel, turning over profits as fast as they can.

So what are we to make of tang ping, anti-work and the mutterings of workers who sense they are in a strong position for once? Well, it’s a long way from revolutionary class consciousness. They’re not generally talking about getting off the hamster wheels for good, just about turning them a tad more slowly, or insisting on nicer-looking wheels and maybe better quality hamster food. And it may only be temporary. Once capitalism swings back into full operation, employers will return to grinding down workers’ pay, undermining class solidarity and stepping up their state and media propaganda against unions and opposition to capitalism. Meanwhile in China, anyone ‘lying flat’ may well find a tank rolling over them at some point.

But it’s all a step in the right direction. Workers need to be doing this, questioning their miserable existence in capitalism and asking what is the point of it all. And the fact that young people are doing just that is evidence for what socialists have always said, which is that, despite what you might think from the propaganda-wash of the movies and the media and the ‘official discourse’, capitalism never really wins the argument for capitalism because the everyday experience of it is viscerally hated by workers, even if they don’t always recognise or acknowledge the fact and they often have a tendency to blame the wrong things.

Something else we always say, which any aspiring slackers should note, is that work is not the same thing as employment. Employment in capitalism is, largely speaking, a useless waste of our lives in which, if we have any sense, we do as much slacking as we can. Bosses want as much work out of you for as little money as they can get away with paying. It’s only logical that you should aim to do the opposite. The class war exists whether you like it or not, and if you’re not actively fighting it, you’re passively losing it.

But work that you like and choose to do is a very different matter. Humans are not made to be idle. We’d get bored far too quickly. Idleness would be like a prison sentence. Anyone so jaded as to believe that humans hate work should see how eager young children are to help adults by doing whatever little jobs they can. In socialism there would be no lazy attitudes because ‘laziness’ is a construct of property societies that rely on forced labour and pour judgmental scorn on anyone who resists. And there would be no tang ping either, except at the end of the day when you’re lying down for a relaxing snooze after a nice day doing exactly what you wanted.