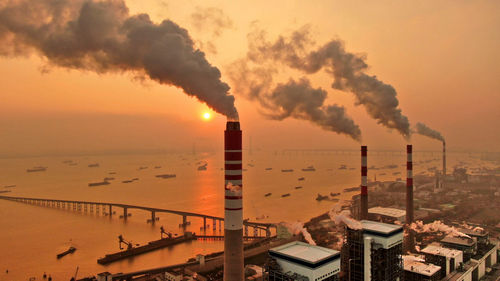 Coal Nationalism versus the Climate

In China there have been well-publicised electric outages that have led to a contraction in factory output, a failure in fulfilling new orders, a slow-down in exports and rising manufacturing costs. The cuts in the electric supply have been the unintended consequence of the shift away from coal to meet its CO2 emission targets. Despite China being one of the dominant players in alternative energy sources it cannot fully substitute for the need for coal. So high is the demand from industry that mining companies are now increasing coal supply (tinyurl.com/a92x87s4).

‘Energy security should be the premise on which a modern energy system is built and the capacity for energy self-supply should be enhanced. Given the predominant place of coal in the country’s energy and resource endowment, it is important to optimise the layout for the coal production capacity, build advanced coal-fired power plants as appropriate in line with development needs, and continue to phase out outdated coal plants in an orderly fashion. Domestic oil and gas exploration will be intensified.’ (Guardian, 12 October)

According to Michael Meidan of the Oxford Institute for Energy Studies: ‘The short-term reality is China is still going to double the size of its economy, it’s still urbanising, energy demand is still increasing. There is still an imperative for growth.’ Isabel Hilton of the think-tank China Dialogue describes China’s recently approved five-year plan as ‘a great disappointment’ as regards its carbon-intensity targets (a measure of emissions per unit of electricity generated) and its continued coal power expansion.

China is not alone. India too struggles to achieve the balance between meeting the demand for electricity and calls to reduce burning coal for its power. Power cuts have taken place there too. India already has plans to boost its domestic coal production to 1bn tons by 2024. 55 new coal mines are planned and expansion projects for 193 existing mines are to be expanded.

Indonesia, the world’s top exporter of coal for power stations, generates 60 percent of its power by burning coal. It is also the world’s eighth-biggest carbon emitter. It has brought forward its goal for net-zero emissions from 2070 to 2060 and announced plans to stop commissioning new coal-fired power plants. It faces the dilemma of how to balance its environmental targets with the cost of phasing out an industry that contributed $38 billion in export earnings in the first seven months of 2021 (tinyurl.com/3vs3377j). It will be under economic pressure tol follow China and India’s lead.

In South Africa, Gwede Mantashe, the Mining and Energy Minister, has said that it must manage its transition away from coal-fired power generation systematically and not rush to renewable energy sources: ‘We are not a developed economy, we don’t have all alternative sources, …we must not collapse our economy…’ (tinyurl.com/cteddxey).

The United Nations is imploring all OECD nations to phase out coal from their power grids by 2030, and for non-OECD countries to do so by 2040. Nevertheless, Australia has rebuffed this call to phase out coal, their Resources Minister Keith Pitt declaring ’The future of this crucial industry will be decided by the Australian government, …. not a foreign body that wants to shut it down, costing thousands of jobs and billions of export dollars for our economy’. He has proposed setting up a government-run US$180 billion lending facility for the country’s coal industry so the government can be the ‘lender of last resort’ to the mining sector to fund and underwrite the industry.

All these coal-rich states are going to be reluctant to agree to or to comply with any international agreement that risks the prosperity of their coal industry. They will reason like China that ‘given the predominant place of coal in the country’s energy and resource endowment, it is important to optimise the layout for the coal production capacity, build advanced coal-fired power plants as appropriate in line with development needs.’

If they didn’t do this, they would be placing themselves at a disadvantage in terms both of energy security and of competitiveness. So for years to come coal will continue to be burned.

In this way, competition between capitalist states, with different energy mixes, is going to prevent the rational, world-wide response that is required to deal with the climate change crisis.