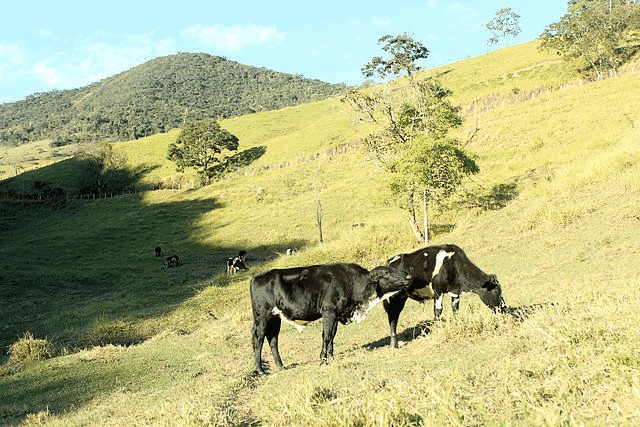 The beef chain: A useful investigation

‘Cattle ranches are destroying the rainforest enabled by giant beef companies while their US, EU (and UK) international financiers made flawed assessments.’

Above is a statement on the destruction and deforestation of large parts of the Amazon, both legal and illegal, taken from a lengthy 2020 investigation by Global Witness entitled Banks, Beef and the Brazilian Amazon (tinyurl.com/4y3bmcd6). It covers all aspects along the supply chain from cattle ranchers, beef traders, international financiers, supermarkets, fast-food chains and the governments which regulate them.

The numbers are staggering, whether those of cattle on ranches, size of forest cleared or the increased speed of the devastation in recent years. The investigation finished at the end of 2020 when there were approximately 390,000 beef ranches in Brazil, 40 percent of them in the Amazon. About 70 percent of cleared land in the Amazon is populated by cattle, and there are more cows than people in the country. Starting with ranches the chain continues with the beef dealers, including three Brazilian giants, which mostly control the slaughterhouses and sell on the beef. These three beef companies slaughtered more than 18 million cattle in 2017, equivalent to 40 percent of Amazon beef. These same multi-billion-dollar beef companies sell 64 percent of the total Brazilian beef exports to the EU, US and China. Next in the chain come the intermediaries who finance all aspects. These are the banks and big finance companies: the World Bank, Blackrock, ING, Barclays, Morgan Stanley, Santander, Deutsche Bank, BHP Paris, HSBC. Nearing the end of the chain retailers and fast-food outlets include Walmart, Carrefour, Nestle, Burger King, Sainsburys, Subway and McDonalds.

Beef production in Brazil is the number one cause of deforestation emissions across Latin America. According to the World Resources Institute more than 20 million hectares of Brazil’s Amazon primary tropical forest were lost between 2002-2018. Year on year forest fires driven by deforestation increasingly devastate more of the Amazon, all for the sake of profit while the planet shows all the signs of being out of control. In the years 2005-2013, before Bolsonaro became president, state interventions helped to bring about a 70 percent drop in Amazon deforestation. Bolsonaro, as president, has attacked safeguards and agencies protecting the Amazon and the situation has now become critical. Ranches fall into one of several categories depending on the age of the cattle. First are the ranches for breeding, from which the animals are moved on to rearing ranches and then to fattening ranches. When the time comes for slaughter they are moved once again, this time to the traders’ slaughterhouse facilities.

All traders are obliged to have no-deforestation pledges and to monitor the supply chain of beef to check both non-compliance with forest destruction laws and human rights abuses. Whilst the numbers are staggering a few of the examples mentioned here give some idea of the scale of this whole beef production topic. One of the three biggest beef traders briefly mentioned above, Marfrig, describes itself as the world’s second largest beef producer with a work force of over 30,000 employees. Gross profit in 2019 – over $1 billion. Marfrig claims to have met the Greenpeace agreement regarding protection of the Amazon rainforest and no illegal deforestation nor any human rights abuses for the previous five years. Another of the ‘big three’, JBS, had audits carried out by the DNV-GL company on behalf of Greenpeace and the Pará state prosecutor. The auditor’s Code of Conduct states that it must avoid ‘any combination of roles and services that could be perceived as representing a threat to the impartiality and independence of its services. We do not classify, certify or verify our own work.’ Their audits for the Greenpeace agreement claimed that JBS’s cattle purchases were 99.99 percent compliant (2016) – but its audits for the Pará prosecutor’s agreement the same year showed almost 20 percent of JBS’s purchases were not compliant.

Similar improper situations occurred with banks claiming to be compliant with laws and agreements relating to illegal deforestation. Such examples as a leaked document seen by Global Witness from HSBC to the JBS company heavily criticising them for giving no clear information or statement regarding the sources of cattle and for having ‘no vision, action plan, timeline, technology or solution.’ Then, in the same document, HSBC recommends that investors buy shares in JBS. Other examples reveal complicity in human rights abuses of workers and those forced from their land by threats and even murder. Some perpetrators have received heavy fines or prison terms, but most escape punishment.

The top ten countries importing from the three biggest beef suppliers include China 34.4 percent, EU 10.9 percent, Russia 6.65 percent, US 3.51 percent and UK 2.89 percent. The major retailers listed earlier tend to sign up to various treaties such as threatening to boycott produce if further land grabbing or deforestation continues but when contacted by Global Research with questions on progress or results there is often no reply.

If we look at the position of consumers, those at the end of the chain, in this case buyers of beef from Brazil and particularly from the Amazon, this report suggests that most will only have information from those they are buying from, that is supermarkets and fast-food chains. They will know where the beef was sourced but will be unaware of the various steps in the chain. If they were aware of, for instance, the global banks and their investors, plus the multinational beef traders funded by these banks, perhaps they would have second thoughts about their purchases. Over years many consumers have become aware of the harm done in other countries by the pension fund they are personally linked to and have protested to stop it. Many indigenous people in regions of the Amazon have been forced from their traditional lands, have been threatened and even killed for protesting, and continue to suffer threats and violence while trying to protect the forests which are their home. 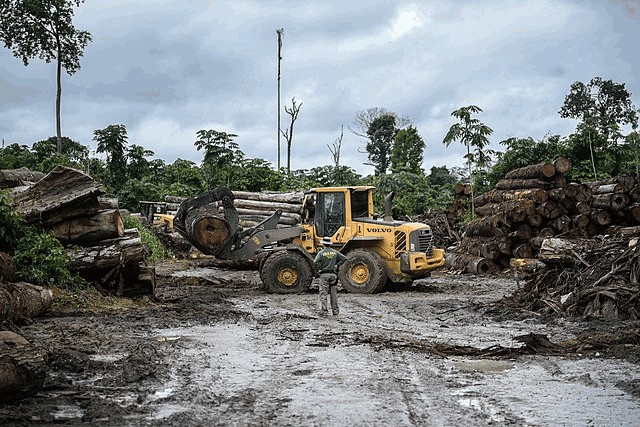 Regarding the final section of the report which is related to what should be done, as is to be expected it is very detailed but also filled with unreal expectations of capitalism. All is tied up with law, the responsibility of traders, auditors, banks, financial actors, importers, supermarkets, federal environmental prosecutors and the Brazilian government. Having said this the PDF is well worth reading for the sheer amount of detail it offers on any and all of these important aspects, facts and figures, plus some mention of the loss of and risk to the many varied and endangered life forms, a topic from which too many are distant or ill informed. Diagrams and photographs give some added understanding of the enormity of the problem.

This global system of capitalism which thrusts separate countries into constant competition with other nations and forces many smaller states into positions of subservience to the more powerful is absolutely the opposite of what is urgently required if the planet is to remain a safe place for all life. Surely no one can be ignorant of the fact that we are one world and that all areas affect and are affected by others, whether as the result of mining for fossil fuels on land or in the sea, from emissions of global trade practices or, as we have here, massive destruction of the lungs of the world in order to raise more beef for sale on the world market.