I am curious about the following extract from the explanation of your declaration of principles on your website [under About Us] which seems to imply a hugely simplified, black and white analysis of the mechanics at play:

“if your main income is derived from the work of others then you are a capitalist”.

It also strikes me that the attempt to represent a simple two class structure is somewhat flawed, the ultimate business owner and the lowliest of the employed being an obvious distinction, but the upper management for example are rewarded at a much higher level, this will be related to the relative wealth/success of the company and therefore by definition the labour of the employees, their main income then is also derived from the work of others and as such they are also capitalists; but not in the same class as the business owner.

Interpreted literally and out of context the passage quoted could be pedantically interpreted as meaning that someone on benefits was a capitalist. If, however, the complete passage is read – ‘if you must work for a living then you are working class, if your main income is derived from the work of others then you are a capitalist’ – then a person on benefits is clearly a member of the working class; only, for one reason or another, they are not able to find an employer and so have to be maintained by hand-outs from the state. That, however, does not make them capitalists any more than being paid out of profits makes a capitalist’s servant one either.

In any event, whichever way to turn it, the passage cannot be said to mean that a person who has inherited huge wealth or a millionaire speculator on the stock market is not a capitalist since neither must work for a living.

As to ‘upper management’, by which we take you to mean managing directors and CEOs of big corporations, you are right that most of their income will be a share of profits, disguised, for tax avoidance purposes, as an income from employment. So, yes, they are members of the capitalist class. Management below that level, on the other hand, are members of the working class doing a particular job within the division of labour (and antagonistic capitalist relations of production). As the section from which you have extracted a passage says later on, it is the labour of workers ‘including the plant management’ that creates the profits that keep the capitalists rich.

Our declaration of principles asserts that there are two classes in society – ‘those who possess but do not produce and those who produce but do not possess’. The income of those who possess land, factories, offices, communications and the other means by which society reproduces itself is a property income which accrues to them without them having to work; it is, as the tax authorities used to call it, ‘unearned income’. It takes the legal form of corporate profits, dividends on shares, interest on bonds, ground-rent on land and, also, as just explained, bloated ‘salaries’. Only a small minority of the population are in this position. The rest of us, the vast majority, not possessing such income-yielding property, are obliged to go out on to the labour market to try to find an employer. If we find one, as most of us do, then our wage is our main income; if we don’t find one, as many don’t, then we have to exist on meagre state hand-outs.

Apart from their main income some workers own shares or other interest-bearing savings but, as we say on our website, none ‘have the luxury to quit their jobs and live off investment income’. In fact, according to a recent survey by the Yorkshire Building society ’19 per cent of adults had less than £100 in savings … Thirteen per cent of people have no savings at all to fall back on and more than a quarter (26 per cent) have less than £500 put away’ (Times, 15 June). Even those with ten or twenty times as much as that wouldn’t be able to stop off working for wages for long.

Present-day society is manifestly divided into two classes – a small minority who live off profits and the rest of us who are wage-seekers.—Editors. 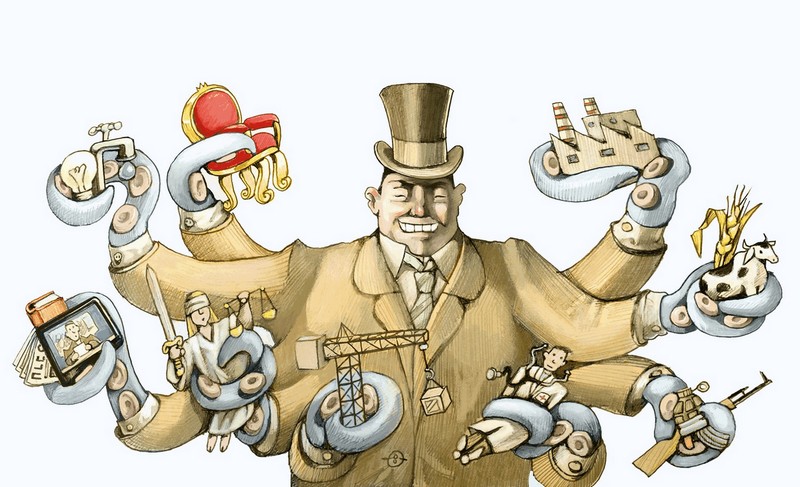