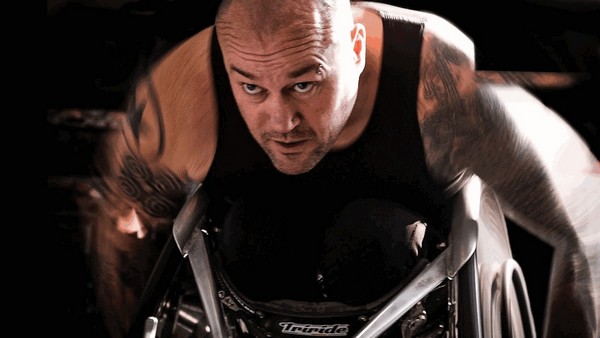 The Paralympics. A prestigious opportunity for people to challenge themselves and, through hard work and determination, prove what they are capable of, smash records and win tournaments. But in reality? A cynical opportunity to make money by exploiting the way athletes are ‘classified’, which is ‘flawed, easily manipulated and lacking credibility’. This is the claim made by a recent edition of BBC1’s Panorama: Paralympics: The Unfair Games? Presenter Richie Powell competed as a wheelchair racer in the 1992 Paralympics, only three years after being paralysed from the chest down in a road accident. He speaks with athletes who, like him, have found sport to be a way to empower themselves and not be held back by the conditions they are living with. One of them is para-swimmer Levana Hanson, who explains how her confidence grew after joining a swimming club whose other members ‘didn’t see the disability, they saw me as a person’. Unfortunately, her enthusiasm was later dented by her experience, echoed by the other interviewees, of being a victim of the Paralympics’ system of classifying its competitors.

Taking place soon after the Olympics, the next Paralympic Games are due to start in Tokyo in August, having been postponed from 2020. The event began as the International Wheelchair Games held at Stoke Mandeville hospital in Buckinghamshire, timed to coincide with the 1948 London Olympics. Its founders aimed to use sport as therapy for ex-armed forces personnel with spinal injuries inflicted during the Second World War, and to integrate people with disabilities into wider society. The games as we know them today began in 1960, becoming larger and grander with each event. As more athletes with a wider range of medical issues participated in more tournaments, the process of deciding who should compete against who became more complicated. The current system of ‘functional classification’ was introduced in the 1980s, regulated by the International Paralympic Committee. Robert Shepherd, the former British Head Classifier explains that this system is based on testing and categorising ability, so athletes with similar capabilities compete against each other. Richie Powell was classified as a ‘T53’ for track athletes unable to use their core muscles. The lower the number, the greater the level of impairment. Some athletes and coaches manoeuvre their way round the system to get classified as a lower number than they should qualify for, so that they have the advantage of competing against people with more severe impairments.

One tactic is to get assessed by classifiers with a reputation for basing their decisions on negotiation rather than by medical tests. Another technique, apparently widespread among Australian Paralympic wannabes is to have cold showers or over-exercise before a classification assessment in order to emphasise their disability. The ex-Paralympians interviewed on the programme describe how they noticed that they were increasingly competing against, and losing to, athletes with less serious conditions. Hand cyclist Liz McTernan says that her sport is now ‘for the least disabled people that can get in the lowest category possible and win as many medals as possible’. In a bland response, the International Paralympic Committee said it found no instances which ‘could reasonably allege intentional misrepresentation’.

Of course, the motivation for those who manipulate the classification system to increase their chances of winning is money. Athletes and their associated staff rely on funding from lottery and government grants, and the more medals they win, the more funding they get. Their incomes are boosted by sponsorship and endorsement deals, which again hinge on how successful a sold-out athlete is. Ex-Paralympian Bethany Woodward argues that the drive to make athletes more marketable leads to more able-bodied people participating and winning in the Paralympics, ‘cleansing the sport of those very people that it was built for’. She adds that when she and others complained, the authorities told them not to speak out about classification and repeatedly threatened them with legal action. In a bland response, the International Paralympic Committee said it recognised that some athletes have concerns about classifications but ‘sports classes can feature athletes with different impairments’ where there is a ‘similar impact on … ability to practice’.

The ‘greatest scandal ever to hit the Paralympics’, as Richie Powell tells us, was what the Spanish basketball team did in the 2000 games. Shortly after the team won the tournament for people with intellectual disabilities, one of its members revealed himself as an undercover journalist. And his scoop was that most of the team had not undergone medical tests to ensure they had a disability (which in this category meant having an IQ of 75 or less) and were therefore faking their conditions. Following investigations, the team was stripped of their medals and all Paralympic competitions for people with intellectual disabilities were temporarily suspended.

However many bland responses the International Paralympic Committee dishes out, and however the classification process is regulated, the Paralympics, like any institution, can’t escape being moulded by the money system, and nor can the athletes taking part. The classification system itself involves reducing people to numbers, appropriately. The lure of financial gain is bound to push some people to find underhand ways to win. Methods such as exaggerating or inventing a disability are particularly dismissive of athletes genuinely striving to prove themselves, a reminder of how capitalism’s priorities alienate us from each other.