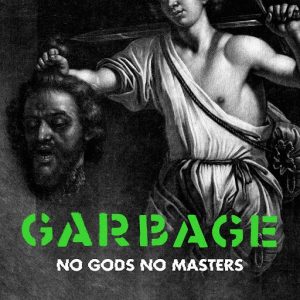 The rock band Garbage have a new album out this month. The title No Gods, No Masters will likely bring a smile or nod of agreement from socialists regardless of their musical tastes and is attributed to Louis Blanqui, a contemporary of Marx and Engels, and described by the latter as ‘…essentially a political revolutionist. He is a socialist only through sentiment, through his sympathy with the sufferings of the people, but he has neither a socialist theory nor any definite practical suggestions for social remedies. In his political activity he was mainly a “man of action”, believing that a small and well organised minority, who would attempt a political stroke of force at the opportune moment, could carry the mass of the people with them by a few successes at the start and thus make a victorious revolution’ (The Programme of the Blanquist Fugitives from the Paris Commune, 1874). Shirley Manson, the band’s vocalist, when she was 12 or so told her Sunday-school-teacher father ‘religion’s a sham and I’m not going to church anymore, it’s just bullshit’. Speaking recently (spin.com, 30 March) of the album she declared: ‘It was our way of trying to make sense of how fucking nuts the world is and the astounding chaos we find ourselves in’. Further, it is ‘a critique of the rise of capitalist short-sightedness, racism, sexism and misogyny across the world.’ Evidence of which abounds.

‘On Feb. 21, Modi’s ruling Bharatiya Janata Party passed a resolution unequivocally hailing the “visionary leadership of Prime Minister Modi” in turning India into a “victorious nation in the fight against COVID”’ (time.com, April 28). ‘There is a shortage everywhere at the peak of the crisis. This government defines shortages, shortcomings, and short-sightedness’ (nationalheraldindia.com, 23 April). ‘Experts have long raised the alarm about shortages of medical oxygen in India and other poor countries to treat pneumonia, the world’s biggest preventable infectious killer of children under five years of age.

But the government has for years failed to invest enough money in such infrastructure, experts say. Does India produce enough oxygen? The short answer: yes. Experts say the vast nation of 1.3 billion people is producing enough oxygen – a little over 7,000 tonnes a day. Most is for industrial use but can be diverted for medical purposes’ (aljazeera.com, 29 April). Religion thrives alongside such (preventable) suffering: ‘In March 2020, a Hindutva group, the Akhil Bharatiya Hindu Mahasabha, held a cow urine drinking party as a means of providing protection against the virus’ (scroll.in, 1 May). Yet, as Marx noted, ‘To call on them to give up their illusions about their condition is to call on them to give up a condition that requires illusions. The criticism of religion is, therefore, in embryo, the criticism of that vale of tears of which religion is the halo…’ Atheism alone is another dead end.

‘Nothing has exposed the role of structural and institutional racism as starkly as the disproportionate effects of covid-19 on ethnic minority communities. Public Health England’s report identifies racism and discrimination as key contributors to infection risk, outcomes, and life chance’ (bmj.com, 21 April). ‘Poor British people in 2020 are unhealthier than those born into poverty 100 years ago, a study has found’ (dailymail.co.uk, 20 January 2020). Workers who don’t understand why capitalism condemns them to impoverished lives are all too ready to blame their problems on other workers, from other towns or from other countries or of other ’races’. This is an exercise of blind futility for after all the misconceptions, after all the efforts to reform capitalism into a problem-free system, it is clear that the need is for a radical change; nothing less than the abolition of class society will do. This is perfectly possible but it requires a united resolve among the world’s working class, reflecting the fact that their interests are as one, to establish a society based on common ownership of the means of life. Race has no scientific basis. Racism needs to be rejected as a destructive, anti-social force. There is a better way; we have a world to win and little time to lose. 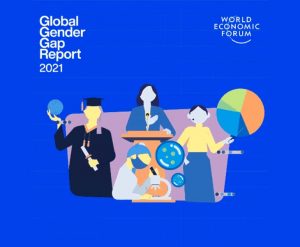 The World Economic Forum’s Global Gender Gap Report 2021: ‘At the current relative pace, gender gaps can potentially be closed in 52.1 years in Western Europe, 61.5 years in North America, and 68.9 years in Latin America and the Caribbean. In all other regions it will take over 100 years to close the gender gap: 121.7 years in Sub-Saharan Africa, 134.7 years in Eastern Europe and Central Asia, 165.1 years in East Asia and the Pacific, 142.4 years in Middle East and North Africa, and 195.4 years in South Asia.’ (weforum.org, 30 March). Socialism will include the liberation of women as part of its project of human emancipation. This will not come about in an automatic or inevitable way. A political organisation whose object is socialism cannot permit sexism within its ranks on the grounds that nothing can be done now and that the problem will be resolved ‘after the revolution’. For a political organisation to be credible, it must embody the attitudes, values and practices that it seeks to institute in society at large. Socialists believe that all people, men and women, are equally worthy of respect. This is enshrined in our Declaration of Principles (1904-present), specifically Clause 4: ‘That as in the order of social evolution the working class is the last class to achieve its freedom the emancipation of the working class will involve the emancipation of all mankind without distinction of race or sex’.

One Reply to “Rear View”