Letter – Was Trump a fascist?

I subscribe to the Socialist Standard (and in former years to the Western Socialist) and reside in Boston, US. I am writing in response to articles in the Standards of Sept, Oct, and Dec 2020 concerning the Tweedle-Dee and Tweedle-Dum ness of the US presidential candidates.

As soon as I was old enough to vote I enthusiastically voted for Democrat Lyndon Johnson for president and two years later for Republican Ed Brooke for US senate because both had proclaimed themselves peace candidates while running against open warmongers. Shortly after the votes were counted both turned into war candidates. I grew wise to the shell game and between 1966 and 2020 never voted for a Democrat or Republican for any but the most local offices. Over the years I cast ballots only for candidates promoting socialism of various sorts.

This election I voted for Biden with no illusions that he would other than avidly promote the interests of the capitalists and likely engage in more antagonistic relations with Russia and maybe the Democratic People’s Republic of Korea. The reason I cast that ballot was that Trump was openly indicating that he was moving towards creating a fascist dictatorship. Hardly a joking matter.

In your editorial ‘How real is democracy today?’ you state ‘ … we must not read into this that capitalist democracy is a sham that workers should have nothing to do with … the workers were not handed their democratic rights on a plate, they had to struggle for them…’ These rights: speech, assembly, religion, freedom from unreasonable search & seizure and the rest are extremely valuable and deserve being protected – to that end I have membership of the American Civil Liberties Union. The state is regularly engaged in attacking these rights but the system of capitalist democracy allows workers space to organize. Hitler, Mussolini, Franco showed us what fascism is. When a Trump is openly threatening such a thing I decided a vote for Biden was a wise thing.

PS For a stunning depiction of life in a free society I recommend the novel Bread and Wine by Ignazio Silone. 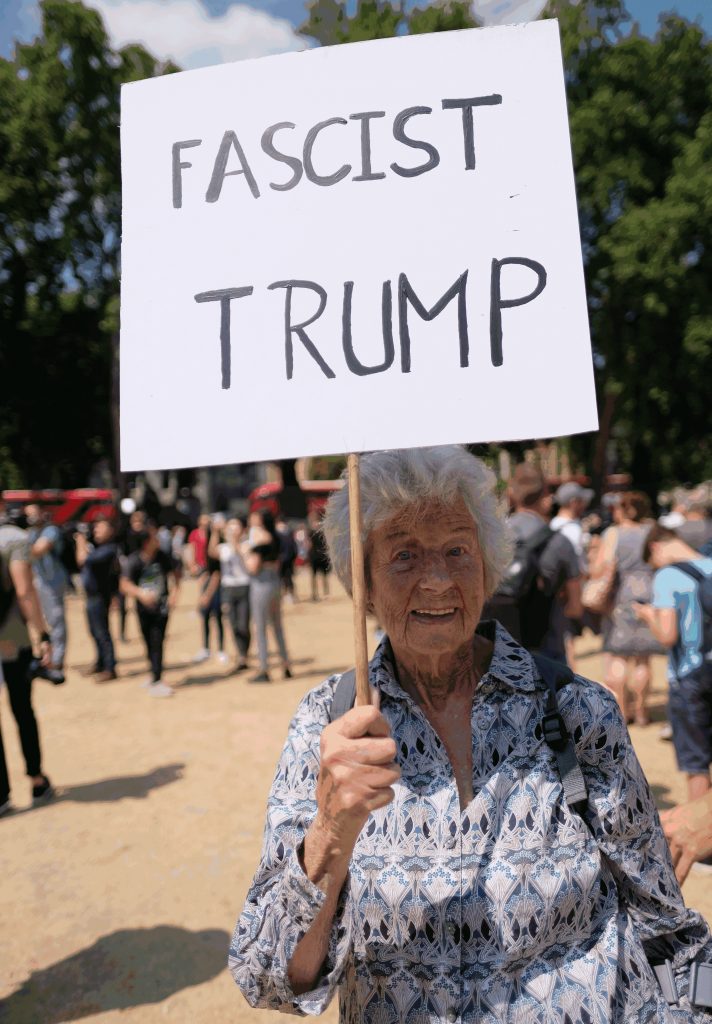 You say that Trump was ‘openly indicating that he was moving towards creating a fascist dictatorship’ and that this was ‘hardly a joking matter’. Apart from the fact that little that capitalist leaders do is ‘a joking matter’ and indeed can sometimes be a matter of life and death for workers, this does not mean that one of these leaders can at will take over the state and set up a fascist regime, Hitler or Mussolini-style. As recent articles in the Socialist Standard have pointed out, the US, as a developed capitalist state with a longstanding electoral process, has a well-entrenched mechanism for preventing an individual from exercising unrestrained personal power. The result of the November election helps to illustrate that, but, even had it gone the other way, Trump, despite his rhetoric and all else, would still not have been able to set up his own autocratic rule. In fact he would have stumbled on, attempting, always unsuccessfully, to tame the capitalism system and the anarchic market forces which dictate its ups and downs, much the same as Biden is doing now. You are right to say that capitalist democracy, limited as it is, ‘allows workers space to organise’, and this is important and essential so that workers can plan for a society to supersede capitalism and be able to vote to set up that society when they decide to do so. However, we cannot agree that Trump could have seriously carried out threats to remove workers’ space to organise (i.e. their long established democratic ‘rights’) and to close down the American electoral system. Did he even make such threats? So, given that such a thing was not seriously on the agenda, a vote for Biden was indeed a vote for Tweedledee.

You are right to say that Biden’s policies may well be more anti-Russian and anti-North Korean than Trump’s, but all this is part of the international capitalist power game to gain influence over trade routes, raw materials and markets. And since the rulers of all these countries are playing that same power game, we should neither support or sympathise with any of them and certainly not suggest, as you seem to be doing, that there is anything in the least ‘socialist’ or ‘democratic’ in the horribly misnamed ‘People’s Democratic Republic of Korea’.

As a long-time reader of the Socialist Standard, you will obviously know about the kind of socialist society we advocate – moneyless, wageless, marketless and based on common ownership, social cooperation and free access. In view of this it seems a little surprising that you should view Ignazio Silone’s novel Bread and Wine as ‘a stunning depiction of life in a free society’. Our reading of it is that it is the story of a brave individual desperately struggling to survive in the genuinely fascist society that was Italy in the 1930s. – Editors.

3 Replies to “Letter – Was Trump a fascist?”