A year ago most of us were hearing terms like lockdown, social distancing and furlough for the first time. Since then the pandemic has spawned a host of new coinages, such as Miley (as in Miley Cyrus, geddit?), covidiot or morona (someone who behaves as if there’s no Miley), quarantini (home martini) fresh from your isobar (well-stocked booze fridge), zoom bombing, coronials (babies conceived in lockdown), and spendemic (the increase in online shopping).

These neologisms probably won’t last, but they do showcase the effervescent wit and ingenuity of the working class. People like language. It’s not just a tool, it’s a toy. And it can be a political hot potato.

Just last December it was reported that Germany is going to revert to its pre-1940s phonetic spelling table (equivalent to English call-signs Alpha, Bravo, Charlie), which the Nazis had altered as being ‘too Jewish’. Now Germans will have to remember to say Samuel instead of Siegfried, Zacharias for Zeppelin, Nathan for Nordpol, and David for Dora. It’s kind of funny, in a dark sort of way.

Not that we should laugh. Jack went up the hill with their bucket while Jill fell down and broke their crown. Er, whose bucket, whose crown? Apparently it doesn’t matter. The woke war against pronouns is making us all into undifferentiated plurals, even when our individual gender is neither an unknown nor a contentious issue. English is abandoning clarity for the sake of a political point, but perhaps that’s the price we have to pay for diplomacy. The Germans call each other ‘they’, the French retain the polite you-plural centuries after the English stopped caring about politeness, while the Italians were put off the you-plural because Mussolini liked it, and now call each other ‘she’.

From the standpoint of modern English, which has dispensed with a lot of language rules we were too bored or incompetent to follow, the use of gender in other languages seems bizarre and mysterious, as well as hard to learn and inconsistent. Why is salt female in Spanish, but male in French? Why does the German for ‘girl’ have a neuter article? Why does ‘hand’ in Italian have a male form but a female article? What is it with all this sex anyway? It’s very unBritish.

After much official foot-dragging, the French are now feminising male nouns so as to recognise the existence of female ‘docteures, professeures, pompières’ (firefighters), although in highlighting gender instead of erasing it completely they’re arguably rowing the language in the wrong direction. Meanwhile the appearance of the weird composite form ‘musicien.ne.s’ and ‘lecteur.rice.s’ (readers) is creating a Gallic backlash against what is known as ‘inclusive writing’, with the French Prime Minister in 2017 imposing a ban on its use in state documents. It may well be true, or at least plausible, that male-biased language forms tend to create male-biased social paradigms, but structurally there’s a limit to what you can do. Gendered noun classes run through a huge number of languages like Brighton through a stick of rock. To make them gender-neutral you’d have to dismantle the languages and rebuild them from the ground up.

That’s not going to happen, on purpose anyway. People with good pattern-recognition skills often learn to like the forms and structures of languages for their own sake, and can become prim sticklers over its rules, decrying the slightest deviation as an offence of ignorance or heresy. But language was always a matter of ignorance and heresy. People spelt things the way they sounded, and frequently misheard. Un napron became an apron because the Saxons wrote it down wrong. Snottingham became Nottingham because the Normans couldn’t pronounce it. Latin crocodilus became coccodrillo because the Italians couldn’t pronounce it. Jewellery becomes joolery, nuclear becomes nucular. What the hell, we know what we mean.

The intolerance set in with Dr Johnson’s dictionary and a desire for standardisation. It’s impossible to imagine modern capitalism managing its business and communications successfully without such language standards, but it ultimately goes against the grain of what language is, a dynamic and creative process that does not want to lie still and play dead. And it won’t, no matter what the rules say.

After dropping genders, case systems and polite forms English is now busily merging its simple past with its perfect past (Sink, sank, sunk = Sink, sunk, sunk). It often doesn’t bother with a future tense (I’m going tomorrow), even less with archaic subjunctives (If I were you), and seems increasingly confused about perfect conditionals (I should of known).

Somewhat counter-intuitively, languages tend to become simpler as they evolve, at least if they’re allowed to. That being so, it’s tempting to wonder if socialism will strip out a lot of legacy linguistics that only really mean anything in culture-bound capitalism.

Most obviously, you’d expect vocabulary changes. For instance, we may see words like property, money, market, trade, buy and sell fall out of use entirely, along with an entire lexicon of financial, business, judicial and military terms. The words steal and robbery would surely disappear, and hopefully murder and rape along with them.

As for gendered noun classes, it’s not hard to envisage socialist society dropping them. And in a society where time isn’t money and you don’t have to watch the clock, is it a stretch to suggest that even tenses might simplify or even disappear? It’s not impossible. Mandarin Chinese manages quite well without tenses (It is cold yesterday).

How might this realistically come about? By revolution, of course, not reform. Consider what happens if people become more mobile, as is quite possible when location and occupation cease to be a ball and chain, and where available transport systems are free at the point of use. Suppose you are a sixteen-year-old and you want to go off and see the world. There’s nothing to stop you travelling, perhaps to every country in the world, helping out with the menial jobs wherever you fetch up, and soaking up a global cultural and linguistic experience beyond anything conceivable today except for the idle rich. When 18th century officials of the East India Company returned to England after plundering Bengal, they spoke fluent Hindustani, wore flowing Indian silks and turbans, and built ‘Nabob’ country houses replete with minarets and domes. They also brought curry to England, thereby transforming the British favourite food. Imagine what worldwide free and open mobility might do for your local town and culture. And with this mobility, languages might flow and merge into a global travellers’ creole with remnants of everything in it, just like we get ‘sky’ from the Vikings, ‘telephone’ from Greek, ‘shampoo’ from Hindi and ‘paradise’ from Persian.

Young white Londoners today speak a hip new Asian-Cockney that didn’t exist a generation ago. ‘Street’ dictionaries have to be updated weekly. The one constant thing about language is change. And that’s just as true of the people who speak it. When people get around to creating the post-scarcity world of common ownership which we call socialism, we should expect our languages and cultures to start doing all kinds of interesting and surprising things. 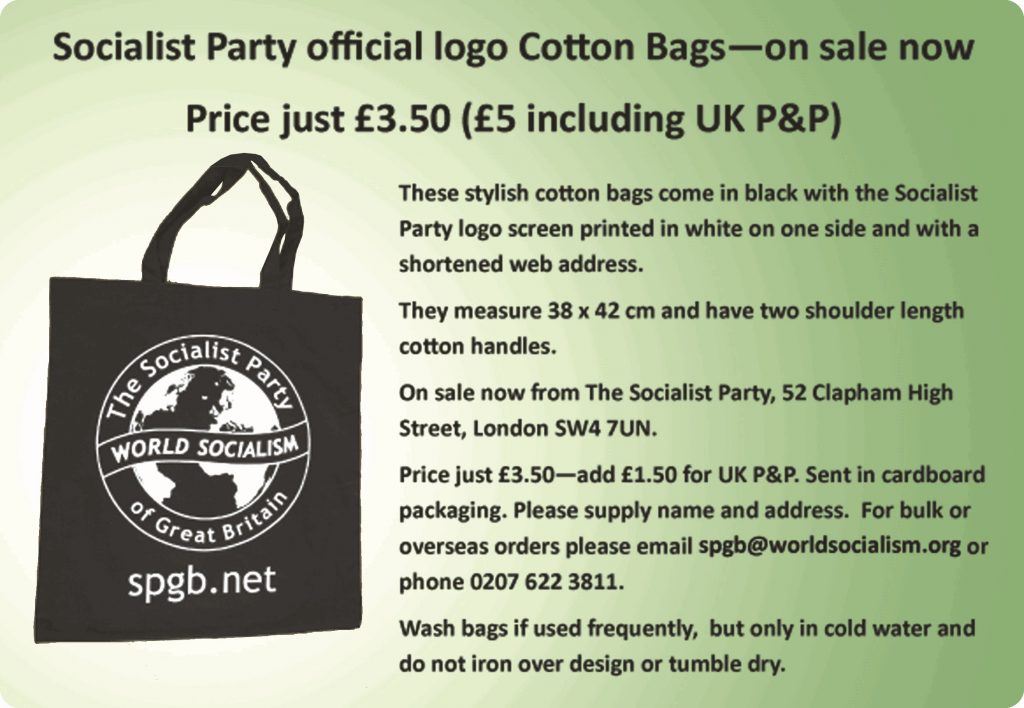