We resume our refutation of the view that workers in the advanced capitalist countries share in the exploitation of the people in the so-called ‘Third World’ by examining contemporary theories of this.

In the early postwar years large swathes of the world’s poor countries were decolonised. Seeking to complement their new-found political independence with a semblance of autonomous economic development, they soon found this was not so easily achieved.

The concept of ‘development’ has roots in nineteenth century thinking on the supposed civilising mission of the imperialist powers succinctly captured by Kipling’s patronising phrase: ‘white man’s burden’. Cynically, imperialism was justified as a means of uplifting native peoples everywhere – economically, spiritually and culturally – though, in reality, its impact was often the opposite.

The modern understanding of ‘development’ as a coordinated macro-economic strategy was first clearly associated with a ‘structuralist’ school of thought that emerged in Latin America in the 1930s centred on the Economic Commission for Latin America (ECLA). The structuralists argued against the Ricardian concept of ‘comparative advantage’ promoted by liberals who extolled the virtues of free trade and urged countries like Argentina to specialise in the export of agricultural products, capitalising on that country’s natural advantages.

The structuralists countered that there was a long termlong-term tendency for the price of agricultural products, to fall against imported manufactures because of the latter’s greater ‘elasticity of demand’. Meaning Argentina would be shortchanged in the long run due to a declining terms of trade if it focused only on producing beef and wheat for the European market. Therefore it made sense to adopt protective policies of ‘import substitution’ to stimulate the growth of local manufacturing.

After the Second World War, however, such economic nationalist thinking found itself increasingly swimming against the tide. While import substitution continued to be implemented in many developing countries, by the late 1970s it was largely abandoned. Ironically, it was instrumental in encouraging transnational corporations (TNCs) to set up – in Trojan-horse fashion – production facilities within the countries concerned precisely as a way of getting round import controls – leaving such countries still essentially at the mercy of external economic players in the guise of these corporations.

Moreover, commencing with the General Agreement on Tariffs and Trade (1948) there was an increasingly concerted, international push to bring about a ‘substantial reduction of tariffs and other trade barriers and the elimination of preferences, on a reciprocal and mutually advantageous basis’. The belief was that free trade would not only mitigate the prospect of war but also promote economic growth. This tendency culminated in the emergence of neo-liberalism (rubber-stamped by the so called ‘Washington Consensus’ which replaced the postwar Bretton Woods framework) in the wake of the collapse of Keynesianism in the recession-hit 1970s. 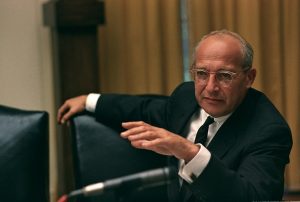 In the early post-war years, ‘development economics’ had fallen under the spell of the ‘modernisation paradigm’. A leading protagonist, Walt Rostow, argued that development was a process driven by capital investment and that the developing countries, being short of capital, needed to open themselves up to investment from abroad. The Modernists were Keynesian interventionists and, unlike the liberals, accepted the need for developing countries to industrialise and diversify their economies. For them, ‘development’ basically meant passing through a linear sequence of economic stages, mirroring the economic history of the already developed countries (<em>The Stages of Economic Growth: A Non-Communist Manifesto, </em>1960)

In the 1960s and 70s, however, the modernisation paradigm was increasingly challenged. What had appeared so seductively simple at the outset no longer seemed to fit the facts. In those early post-war years, growth among the developing countries had been comparatively vigorous – though, for the vast majority of citizens, the benefits failed to ‘trickle down’. Then, in the seventies, the oil crisis came along – and the mushrooming problem of Third World debt as many countries desperately resorted to IMF (and other) loans to plug the gap between export earnings and the rising costs of imports. With the onset of global recession, growth began to falter. In Africa alone at least 15 countries saw their economies shrink in real terms. The situation deteriorated further in the 1980s, dubbed the ‘Lost Decade’. 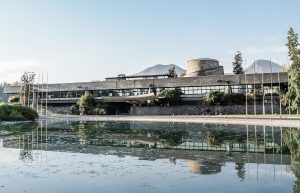 According to the ‘Dependistas’, drawing on Lenin’s ‘law of uneven development’, the problems faced by poor countries was not the result of their incomplete integration into the global capitalist economy as modernisation theory suggested. They were already fully integrated into this economy and those problems sprang, instead, from the form of integration to which they were subjected. They were not ‘undeveloped’ but systematically ‘underdeveloped’. This manifested itself in a net outflow of capital from them via such mechanisms as ‘unequal exchange’ – proof that it was not for any lack of capital that their development was impeded.

The ‘world trading system’ was conceptualised as a hierarchical order in which the dominant core countries were able to impose their own needs on the dominated countries. Such needs dictated that the latter should remain suppliers of low-value raw materials for processing into high value finished goods within the industrialised core countries themselves, rather than rival producers of such goods, given the latter’s complete dominance over global value chains. In short, industrial development and economic diversification was effectively blocked in the capitalist periphery.

Thus, the linear ‘stages of growth’ model of modernisation was misconceived. It overlooked that the predicament developing countries found themselves was quite unlike the pristine state of affairs already developed countries encountered when they first began to develop since, back then, there were no already-developed economies around to obstruct and distort the development process.

For developing countries, trade liberalisation (which tended to be heavily biased in favour of developed countries) was not the only problem. There was also the growing dominance of the TNCs that not only controlled the great bulk of global trade but, as stated, were becoming increasingly active as producers inside these countries. Their immense economic clout and footloose nature in a world where capital could freely relocate to wherever costs where lowest, gave them considerable leverage in their dealings with poor countries. Finally, there was the ability of lending agencies like the IMF to impose ‘structural adjustment’ programmes on these countries – like privatisation and phasing out food subsidies – as a condition for receiving the loans they increasingly depended upon.

For some ‘Dependistas’ the solution lay in ‘delinking’ from the global economy and pursing a policy of national self-reliance. But in a world in which the global division of labour was becoming ever more diversified and complex, this was not really feasible.

Moreover, though it became fashionable for a while, Dependency theory seemed increasingly out of touch with changing realities. In particular, its core claim that industrial development of the poor countries would be ‘blocked’ was decisively refuted by the emergence of the ‘newly industrialising countries’ – particularly, the Asian Tiger economies (like South Korea and Taiwan) and, above all, China which has since become a major imperialist power to rival the US, with business interests right across the globe.

Additionally, there has been a massive shift in manufacturing away from the advanced countries to the Global South<em> </em>which now accounts for 83 percent of the world’s manufacturing workforce. Indeed, amongst many large western-based corporations there has been a significant movement towards ‘offshoring’ production and outsourcing it to local contractors based in the Global South – meaning such corporations are no longer involved in producing commodities as such, solely in marketing and ‘branding’ them.

Around the time the Dependency paradigm was gaining adherents – the 1970s – an alternative worldview centred on the concept of a ‘New International Economic Order’ (NIEO) began to be promoted. The impetus came from the nonaligned movement of developing countries. The basic idea was to bring about a more equitable global economy.

Hardly any of the proposals embodied in this concept were taken up as neo-liberalism strengthened its hold on practical policy-making everywhere. However, in ideological terms, the concept gained traction by implanting far greater awareness of the substantial inequalities in economic circumstances and living standards between rich and poor countries.

Along with this has arisen the idea that<em> </em>ordinary people in the ‘rich countries’ enjoy a standard of living so much higher than ordinary people in ‘poor’ countries precisely because they live in one part of the world that profits handsomely from the exploitation of the other. They are said, in effect, to share in the fruits of such exploitation and it is this that affords them a lifestyle incomparably more affluent and comfortable than their counterparts in the exploited poor countries.

Sadly, this frankly pernicious and tendentious idea is one that seems to seep into popular discourse with all the ease of a toxin into a watercourse. It is the meat and drink of handwringing liberals everywhere who fret guiltily about how appalling it is that ‘we in the West’ should enjoy the comforts of life produced by the sweatshop labour of the Global South.

Consider this comment by Jonathan Glennie and Nora Hassanaien in the Guardian newspaper, that most formidable bastion of liberal thinking, on the subject of ‘Dependency Theory’:

‘As with most Marxist-inspired tirades, it is not a complete analysis of Latin America’s history – it probably exaggerates the villainy of capital and heroism of peasants. But it presents a perspective on the truth that any serious development worker or academic should have intellectual access to. This is as relevant today as ever. It is critical that voters in the rich world learn that their wealth is related to a historic exploitation of other parts of the world, especially when they are eventually asked to readjust their living habits and conditions in order to better accommodate the just requirements of poorer countries’

At a time when many ‘voters in the rich world’ are finding it harder and harder to make ends meet, when governments are slashing social welfare programmes with the grim determination of a state-sponsored executioner with a quota of severed heads to fulfil, when more and more people seem to have been reduced to ignominious penury of food banks, charitable handouts and even a life on the streets, it must be comforting to learn that they can always depend upon that ‘historic exploitation of other parts of the world’ to sustain and materially uplift them.

Unfortunately, being ‘asked to readjust their living habits and conditions’, by which one assumes is meant having to accept a downward adjustment in their real income is no guarantee whatsoever that the ‘just requirements of poorer countries’ will be suitably accommodated.

On the contrary, the only beneficiaries of this sacrifice will likely be those who substantially own the means of production and profit from the employment of others who constitute the overwhelming majority of those ‘voters in the rich world’ to whom Glennie and Hassanaien appeal. There is no getting round this most fundamental antagonism in our existing capitalist society which mediates and conditions everything else that we find so obnoxious and objectionable about it.

In fact, grotesque inequalities are to be found in both the rich world and the poor world alike. Spatial-cum-national inequalities in this respect pale by comparison with class inequalities, something our liberal handwringers seem constantly prone to overlooking. In this, they are joined by Maoist-style ‘Third Worldists’ who cynically exploit the idiom of Marxist rhetoric to justify their abandonment of a class-based analysis of capitalism in favour of a nationalistic-based ‘anti-imperialism’.

In the final two parts of this series we will consider the claims of these Third Worldists and subject them to empirical and theoretical scrutiny.