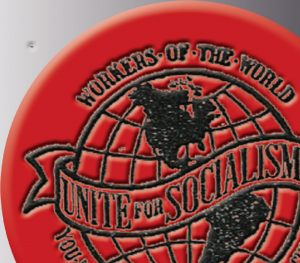 The killing of George Floyd has contributed hugely to the worldwide consciousness of police brutality, but also to some important points about class.

There has been a spontaneous response to Floyd’s murder, more or less united, organised around principles of solidarity, that has taken the world by storm.

In less than a month, protests tens-of-thousands strong have popped up, making the call for increased consciousness of race issues. Revealingly, it is this aspect of it that is focused on by most left-liberal analysis. Race is undoubtedly an important aspect of the present issues in society. However, it is not the only aspect.

Class plays a fundamental role in capitalist society. With ever increasing talk of ‘identity politics’, we see the class issue being diminished in favour of other problems. The other problems are very real and very important, without question, but they are underpinned by class.

What is espoused by identity politics is that there is no fundamental problem but multiple, overlapping issues: everyone has a unique perspective to offer; a white working-class person cannot understand the issues faced by a bourgeois person of colour, or a female CEO will not know the problems of male workers. There is something to be said for this, but where the issue arises is their view that these are fundamentally distinct issues that simply happen to overlap.

What is not appreciated is that some issues are more basic than others in capitalist society and may be resolved without resolution of the others.

Socialism cannot exist while racism exists, but capitalism can exist even when racial tensions are at an end (the plausibility of this is another matter, it is simply a possibility). This isn’t to denigrate the problems of racism, but simply to understand that they are underpinned by a more deeply rooted issue: class.

The issues are related, of course. The working class cannot achieve its full consciousness unless it recognises that the international working class is its ally and not its competitor. Much of capitalist propaganda revolves around turning the working class against its migrant allies by use of language like ‘the immigrants stealing the jobs’. We can dismiss this as a straightforward case of racism.

A more rigorous inspection leads us to believe that the act of the working class co-operating would be devastating to capitalism, and, consequently, all that can be done to fragment the workers and to pit them against one another must be done. We can see, even in current demonstrations, something of this streak.

To take a concrete example, people in Seattle have declared an autonomous zone, the Capitol Hill Autonomous Zone, with mutual aid systems and community organised demonstrations. Police are not allowed to enter. It has been praised by prominent left-wing institutions (such as the Industrial Workers of the World) and met with great optimism by many leftists.

Donald Trump tweeted that ‘these ugly Anarchists must be stopped IMMEDIATELY [sic]’. Some of the optimism is merited, insofar as it gives us a glimpse of what socialism may look like. Of course, nothing can be planned in any great detail, but the spontaneous actions of workers in times of crisis shows what the natural human instincts for social organisation are. Therein lies the real benefit of crises. 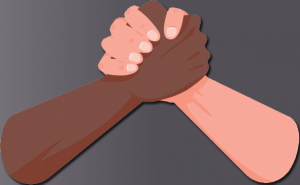 The brilliance of such organisations is that they give a small insight into what a society without class divides might be like, and demonstrate concretely the feasibility of such a society.

They spring up from all sorts of crises: Occupy Wall Street following the crash of 2008 had similar institutions. In this case, it is a crisis prompted by racial tensions that has led to increased consciousness of class tensions. We must appreciate the connection between the two and the fundamental nature of capitalist society if we are to make serious progress.