Wood For the Trees: Responsibility

Human activity has changed our planet profoundly. Vast swathes of urban development, agricultural clearance, industrial complexes and military installations have impacted the ecosphere which in turn has affected the other species we share the Earth with. Although all of this is indisputably the consequence of human activity can we, as a species, be held responsible for the effect it has had on our environment and ourselves? Some may find it an absurd proposition that we can somehow be innocent of the consequences of our actions as a species. But we would not prosecute a child of criminal acts in the same way we would an adult; similarly as an incredibly young species (in geological time) can our actions be considered as merely the immature destructive anarchic play of Hominids?

We like to contrast our behaviour with that of other species by pointing out our ability to imagine the consequences of our actions within an ethical and moral context; for this reason it would be irrational to hold a tiger or a gorilla responsible for the consequences of anything they do. They act primarily on instinct in nature and to do otherwise would seriously compromise their survival. They are ‘programmed’ to respond to stimuli in a way that natural selection has determined. Although we may believe we can impose moral constraints on our actions as individuals because of a different level of consciousness is this true of our actions as a species? Can we claim the ability to direct our development according to any ethical principles or are such aspirations merely a result of an idealistic conceit that any serious study of history can discard?

Before the development of science our species did not possess the knowledge and information to understand the impact that our economic activity would have on the ecosystem. Those indigenous cultures that did practise some level of integration with their environment were ruthlessly swept aside by the juggernaut of capitalist industrialism and farming. Although primarily motivated by the greed of a tiny minority it was always justified in the name of ‘progress’. Even if those concerned had sought to control it this mode of production, once set underway, could not be directed. The idealists who sought to impose limits on it because of moral or environmental concerns always failed, not because of any lack of integrity but because they did not understand that humankind’s productive activities controlled it – the capitalist mode of production, like the other forms of private property that preceded it, created a profound alienation between producers and any control of what and how they produced. Like other species responding to the natural environment humankind had created a cultural environment that it responded to. There was no possibility of control either through an ability to imagine consequences of economic activity or, even if this had been possible, any ability to do so. Our species was not responsible for its own development.

This is clearly exposed in the ideology of those who defend the system – they think of it as ‘natural’ and unchanging. Some go as far as to make a religion of free markets and their faith in its ability to make our lives better. Both stem from the essential mystery (to bourgeois economists) of alienated human production. Capitalist development is indifferent to the needs of those who serve and create it. This fact has been known by a minority for over 100 years now. This is why socialists struggle for a revolution to sweep away capitalism because we know that it cannot be controlled – it is anarchic and destructive.

Those who realise this and do not help in the struggle are indeed responsible for its continuance. But without such consciousness entering the lives of the vast majority (who, out of political ignorance due to ideological manipulation do not support the struggle) the destruction will continue. Some may despair of our species and even long for our demise but such emotions are merely self-indulgent moral outrage based on the idealistic conceit that humanity has the ability to impose rational and moral control on capitalist production or the idea that many maintain a wilful rejection of the political imperative of socialism even if they understand it. 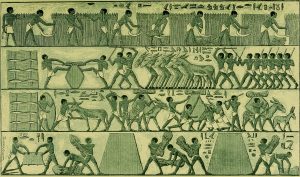 The simple fact is that most people do indeed want an end to the environmental destruction, not just for their own sakes but for other species as well. Most still believe it to be a scientific and rational problem that has to be resolved within a capitalist context. Far from believing themselves to be ‘lords of creation’ in terms of the relationship with other species most feel themselves to be victims of mysterious economic forces out of their control. In this they are entirely correct but to realise that they are merely puppets of their own productive activity is a profound affront to an identity forged by the ideology of individual moral responsibility.