‘Will COVID-19 Make Us More Socialist?’

This is an intriguing question, one which a recent article (blogs.scientificamerican.com, 20 April) attempts to answer. The first paragraph provides this curate’s egg: ‘The system I have in mind would be fully democratic, unlike China, and it wouldn’t abolish capitalism, which even China has embraced. It would simply give more to those who need it and take more from those who don’t’. Identifying China as a (state) capitalist dictatorship rather than communist or socialist is welcome, but yet another recipe from the reformist cookbook less so. The author opines that ‘governments should ensure that all citizens have adequate food, housing, healthcare, energy and so on. ‘ Such thinking is utopian, As one commentator noted you ‘..can’t have it [socialism] in capitalism’. Science itself has become bourgeois and is dependent upon capitalism for its operation and expansion. In 1850s 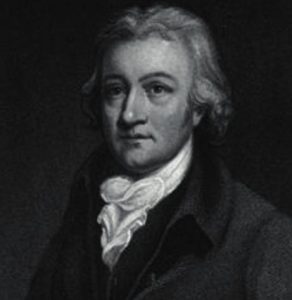 America a Dr Cartwright identified a condition, drapetomania, that caused black slaves to flee plantations. Russian psychiatrists famously aided Stalin by diagnosing dissidents as insane. Contemporary examples include the sociobiology of E.O. Wilson and Steven Pinker’s evolutionary psychology. Scientific socialism, by contrast, provides an analysis of the capitalist system that explains how wealth comes to be produced and distributed and who gets what from the pool of social production. It is able to place this in an historical context showing the development of its productive relationships from past systems. It is also able to define the economic limitations of political action within the system and reliably predict the results of various political policies.

‘On Friday, May 1, an ongoing General Strike campaign begins…. COVID-19 exposes the fact that essential workers who provide food, healthcare, and deliveries to our homes are mistreated and underappreciated. Workers are underpaid and are not being provided with protective equipment or allowed sick leave. The COVID-19 rescue laws have given trillions in funding to investors and big businesses while leaving people and small businesses with crumbs’ (popularresistance.org, 26 April).

‘The #GeneralStrike has five demands:

This is more Utopianism: ‘Coroners have been told that inquests into coronavirus deaths among NHS workers should avoid examining systemic failures in provision of personal protective equipment (PPE)… Mark Lucraft QC, the chief coroner for England and Wales, has issued guidance that “an inquest would not be a satisfactory means of deciding whether adequate general policies and arrangements were in place for provision of PPE to healthcare workers”’ (theweek.co.uk, 30 April).

Workers always have a struggle to get by and always have to fight to keep up their living standards.

As our companion party in the US puts it in their pamphlet Revolution, Not Reform: ‘Rather than focusing our energy on developing medications that will make money, we could finally focus on finding cures to every disease possible. Rather than patients having to pay outrageous amounts of money just to stay alive, everyone will have free access to whatever medications or treatments they need. No outlandish debt for ambulance rides, insulin, sleeping pills, you name it ‘.

Schools take into compulsory custody millions of innocent children, dull their imaginations as best they can, force them to suck up quantities of second-hand information, qualify some for entry into other institutions, and commit the rest to a lifetime of servitude and hard labour. In a conveyor belt world dominated by competition they can operate in no other way.

Capitalism is THE pandemic

Capitalism has eradicated rinderpest and smallpox, yet its driving force is the pursuit of profit not health. Neglected tropical diseases (NTDs) are aptly named as they are largely confined to members of our class living in Africa, Asia and the Americas. The eradication of NTDs is possible but not profitable. Mainstream media focuses almost exclusively on a pandemic that has killed 245,000 people over five months rather than the 25,000 who die every day from unnecessary starvation, the 3,000 children who die every day from preventable malaria, and the 10,000 people who die every day because they are denied healthcare. COVID is exacerbating inequality, but we must not be panicked into believing that the threat is greater than it is: ‘..estimates from cities in Europe and a study by the University of California, Berkeley, put the virus’s death rate at between 0.19 and 0.5 per cent. In comparison, the death rate of flu is thought to be around the 0.1 per cent mark’ (dailymail.co.uk, 28 April).