50 Years Ago: What about Vietnam?

Of course we would not have the workers and peasants of Vietnam exploited by French colonialism. Nor do we say that the people of South Vietnam should put up with the series of corrupt American-imposed governments there. We are fully aware of what the world capitalist system has done, and is doing, to the people of Vietnam. The question is, however, how to deal with this: is it by supporting the rise to power of a new state capitalist ruling class or is it by struggling to establish world Socialism?

The Socialist Party of Great Britain argues that capitalism (including the state capitalism of Russia and China) as a world system has become reactionary and that it has no progressive role to play anywhere in the world. This is because Socialism, the next stage in social development which will involve the emancipation of all mankind, is possible. Only Socialism is progressive, and this alone is what workers everywhere should strive to establish.

We do not deny that the NLF in Vietnam is carrying out land reforms and other changes necessary for the development of (state) capitalism there. What we do challenge is the assumption that, now Socialism is possible, Socialists should support this. What workers everywhere should be striving for is Socialism, not national state capitalism.

Our correspondent’s final paragraph is typical of the self-righteousness of many of our critics. Because Socialists do not support their pet struggles we are accused of being unconcerned about the suffering capitalism causes human beings. We could turn the tables on them by saying that in concentrating on single issues it is they who are prolonging the suffering capitalism brings by diverting attention from the struggle to overcome it.

Note also that our position is to oppose both sides, not neutrality as our correspondent suggests.

(from a reply to a letter, Socialist Standard, June 1970) 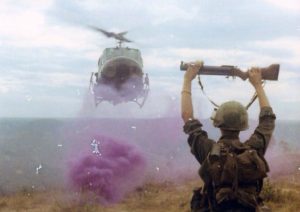