Wood for the Trees: Peer Review

Somebody once asked if writing for a political journal involves the work being ‘peer reviewed’. On reflection it’s a legitimate question given that we live in an age of conspiracy theories, fake news and media manipulation. Many seek reassurance that the truth can be found through the authority of a consensus guaranteed by experts. It has a scientific patina that can provide confidence in conclusions assimilated and then disseminated by hierarchical institutions like governments and various other agencies of ‘the establishment’. Such a procedure does indeed seem to be a legitimate element in discerning truth from falsehood or informed opinion from ignorance but it must be remembered that such experts within a capitalist context can sometimes be handpicked by the powerful to guarantee that these individuals will stay ‘on message’. Indeed some of them might never have reached the lofty heights of being recognised as experts if they had not proven their allegiance to the status quo.

Of course not all experts agree with one another and when deciding between them (as pragmatism and a rejection of populist philistinism demands) it is always worth bearing in mind their ‘track record’ in terms of political allegiance, business links and past accuracy. Recognized protocols of reason and logic under the guidance of a community composed of others dedicated to a field of study does represent an undeniable aid to progress and will be utilized by a future socialist society but being outside of the contemporary consensus (for obvious political and ethical reasons) how can socialists claim any authority in what we say? Are the majority correct in assuming that we are just another cult competing for their attention using unproven propaganda?

Of course it wouldn’t be true to say that socialists are entirely outside of cultural consensus since we have a long history that does provide us with continuity and context. Our political fortunes have waxed and waned over the last century and of the multitude of political organizations calling themselves socialist we are one of the very few who have survived courtesy of our adherence to authentic principles. In their lust and impatience for power many have followed either the Bolshevik model of elitist dictatorship or the reformist route in attempting to humanizing capitalism – both of which conform to the consensus model of left wing politics. They are both intellectually ‘respectable’ and understood within an authoritarian and idealist bourgeois ideological context and are also, of course, thoroughly discredited. If we give such ideologies and those who aspire to them the benefit of the doubt concerning their altruistic motivation we can see that their failure was not due to the weakness of some leader or other or to the lack of moral integrity but rather to a profoundly mistaken understanding of how the world works. Part of the reason for this failure to comprehend reality is a belief in linear progress – the idea that existing social structures continue to improve or evolve until the manifest elements of inequality and injustice disappear.

This ‘evolutionary’ version of history is one you’ll find in most English textbooks. This is emphasized in the description of one of the world’s most bloody revolutions (1642) as a ‘civil war’ and the embracing of a bloodless coup as ‘The Glorious Revolution’ (1688). The English are somehow immune from revolution and if we continue to trust our ruling class then everything will work out fine. The concept of class struggle and revolution is unpalatable to most English historians and for those who do embrace such concepts it is a dynamic confined to the past with no contemporary relevance. Behind such revision and complacency lies the dead hand of ruling class ideology. Those who do not legitimize the status quo in this way are marginalised. The success of any organisation be it scientific, political, religious, aesthetic or charitable depends on them embracing this ideological consensus. This is why a study of history is so crucial to political understanding because it always undermines any attempt to impose a ‘steady state’ evolutionary theory of political development. In the light of this the role of experts providing authority for a consensus can be seen as primarily ideological. Those who seek truth in this way will be disappointed as in the end every individual has to find their own political answers because those who represent the status quo will not and cannot provide them. It can be a shocking revelation to many that those who create the consensus can be just as mistaken as any wild-eyed conspiracy theorist – examples of this range from imaginary ‘ weapons of mass destruction’ to the belief that turning cattle into cannibals had no health implications for humans or that cannabis is more dangerous than alcohol.

This has ever been so with ruling elites in history and it is sometimes surprising that any progress is achieved in the light of such ideological conditioning. But when the point arrives that the propaganda is so patently absurd in comparison with the real lives of ordinary people a paradigm shift occurs. Suddenly those outside of the ideological consensus find a voice that is listened to. The consensus is shattered and true progress is resumed. The only peers that socialists recognise are the revolutionary working class. 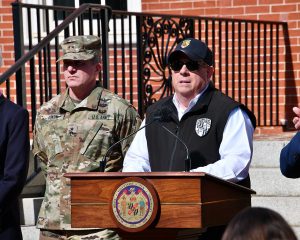