It started with a twit or rather a tweet

During the season of goodwill, one Jamie Evans saw a jigsaw map of Great Britain and tweeted ‘is there any reason Wales has suddenly become part of England?’ The Daily Mirror (24 December), along with others, covered the story: ‘M&S blasted for £8 jigsaw of the UK that offends “absolutely everyone”‘. Jamie, a Plaid Cymru councillor in Neath, said it’s not the first time the store had forgotten about Wales. He hit out: ‘During the 2016 European football championships, which Wales were in, M&S put up posters urging people to support England.We’re used to it in Wales now, being subjected to that nonsense’. The nonsense is manifold. The original map dates from the 1800s. Whether Ireland (then a colony), Scotland, Wales, even Cornwall are independent matters not. Plaid Cymru deny that our problems are caused by the class monopoly of the means of production, in short, by capitalism. The solution lies not in nationalism, which is a delusion and a snare, but in world socialism.

Remember Refugia, the Utopian island between Italy and Tunisia, proposed as a solution to the ‘refugee and migrant crisis’ by two Oxford dons in 2016? The idea is going nowhere and that of No Borders fading: noborder.org has been dormant since mid-2013 and noborders.org.uk not updated since early November last year. Their slogans are worth recalling: No Border, No Nation, Stop Deportations! and No one is Illegal. Remember Biafra? The war for independence from Nigeria lasted over two and a half years and more than one million people lost their lives. Also worth recalling is that ‘Nigeria is an entirely artificial, colonial construct created by the British Empire (and bounded by the French Empire). Its boundaries bear no relation to internal national entities, and it is huge. The strange thing is that these totally artificial colonial constructs of states generate a genuine and fierce patriotism among their citizens…. ‘ (ICH. 14 March 2015). And: ‘Less than two decades after the painstaking removal of a massive border fence designed to keep people in, Bulgarian authorities are just as painstakingly building a new fence along the rugged Turkish border, this time to keep people out’ (New York Times, 5 April 2015).

Time For a New ‘Christmas Truce‘?

‘They lived in similar squalor, shared the same God, and celebrated the same holidays. It was December 24, 1914, Christmas Eve, and – though they spoke different languages and had ruthlessly killed one another for over four months – the British and German soldiers in the opposing trench lines had much in common’ (truthdig.com, 25 December). 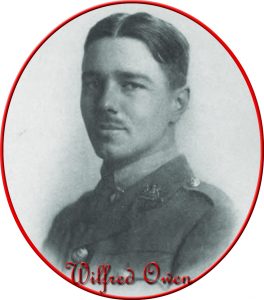 The author makes the same point about shared interests of those involved in conflicts in the 100 years since then. Indeed, the vast majority of those existing in countries as diverse as Afghanistan, Germany, Iraq, Libya, Russia and Syria have far more in common than they do with their respective generals, politicians and economic overlords, a fact recognised before, during and after the war to end all wars:

‘…The poor have no country, in all lands, they suffer from the same evils, and they, therefore, realise that the barriers put up by the powers that be the more thoroughly to enslave the people must fall’ (International Working Men’s Association, 1866).

‘In a class society, “the nation” as a homogeneous socio-political entity does not exist. Rather, there exist within each nation, classes with antagonistic interests and “rights”’ (Rosa Luxemburg, The National Question, 1909).

‘.. [no] policy for settling minority problems and international rivalries within the framework of capitalism is capable of bringing peace and democracy to the peoples of the world. Another war would be followed by new treaties forced on the vanquished by the victors, and by preparations for further wars, new dictatorships and terrorism. The Socialist Party… reiterates the call it issued in 1914: “Having no quarrel with the working class of any country, we extend to our fellow workers of all lands the expression of our goodwill and socialist fraternity, and pledge ourselves to work for the overthrow of capitalism and the triumph of Socialism“’ (Socialist Party, September 1939).

Imagine there’s no countries; It isn’t hard to do; Nothing to kill or die for; And no religion, too (Imagine, John Lennon, 1971).