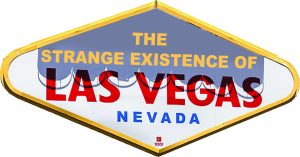 Las Vegas is Spanish for The Meadows. A settlement was established there in 1905. Before that it was just an oasis in the Mojave Desert.

Nothing strange about an oasis in the desert. A well with water for the weary traveller and his camels. Trees to shade them from the hot sun while they rest. I see it in my mind’s eye.

‘Hold on there, mate Camels?’

Joe Zentner tells us that ‘Bactrian camels were imported from Manchuria to San Francisco in 1860 and put to work as pack animals in Nevada’ (‘The Desert Camel Experiment: Camels in America’s Southwest’ at https://www.desertusa.com/animals/desert-camel-experiment.html).

True, the experiment was not a great success. Camels are suited to soft sandy terrain. Much of the Mojave consists of ‘desert pavement’ with sharp-edged rocks that cut the poor creatures’ feet. Camels are not long-suffering beasts of burden. When in pain they kick you and spit at you. The camel drivers didn’t like that.

Anyway, those days are long gone. By 2018 the Las Vegas Metropolitan Area was home to 2,227,000 people. It also had over 42 million visitors. In the middle of the desert.

Local aquifers provide a mere tenth of the metropolitan area’s drinking water. The rest is taken from Lake Mead, which even though fed by the Colorado River is shrinking fast. The city government wants to build a pipeline to pump in water from three valleys in Utah. Opponents of the scheme say that the pipeline would turn the valleys into dustbowls.

As for the sun, it is hotter than ever. Las Vegas has a few trees, but the cooling effect of their shade is outweighed by the ‘heat island’ effect of its concrete and asphalt. Daytime temperatures remain above 100°Fahrenheit (38C) throughout the summer. On some days the thermometer goes over 110° (43C), the official record being 117° (47C) reached on June 20, 2017.

All temperatures higher than that of human blood (98.4°F/36.8C) endanger human life and health. Most people are able to live in Las Vegas only thanks to air conditioning, which gives further impetus to global warming.

But what about building workers and others who have to work outdoors? Starting shifts at the crack of dawn and ending by noon provides only partial protection. How do the homeless cope? Residents of homeless shelters, pushed out into the heat for most of the day? Where do they get the large amount of fluid they need to drink every hour so that they can perspire, cool their bodies, and survive? The hotels and restaurants don’t want them hanging around.

And it gets hotter every year. Las Vegas is the fastest-warming city in the United States. Its average temperature has risen by 5.8°F since 1970. The corresponding figure for the country as a whole is 2.5°F.

What are the sources of the livelihood of these 2.2 million people in the middle of the desert? How do they pay for all the goods that have to be shipped in for their consumption?

Agriculture? In the middle of the desert? What would they farm? Cacti?

Fishing? Forestry? In the middle of the desert?

Mining? Are there valuable minerals in the desert?

Gold and silver used to be mined in the area, but that came to an end long ago. The Techatticup mine in Eldorado Canyon closed in 1942.

Manufacturing? Do they make anything?

Curiouser and curiouser, as Alice said on her journey through Wonderland.

Their livelihood comes from gambling, tourism, and entertainment. That explains why they get so many visitors. 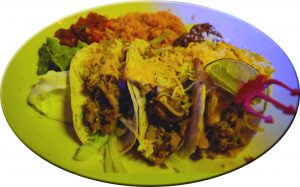 But the tourists come mainly for the gambling. Without the gambling there would be few tourists to pack into hotels, restaurants, museums, bars, and brothels or entertain with shows and concerts.

The pivot of Las Vegas’ economy is gambling. The city has over 100 of the largest casinos in the United States.

What is gambling? Without delving into technical details, we can say that gambling is a set of deceptive games of chance used to transfer money from a large number of ‘losers’ to a much smaller number of ‘winners’ – the main winner by far always being the owner of the gambling establishment. In 2013, according to a study conducted at the University of Las Vegas, the 23 largest casinos (the study ignored the others) pocketed over $5 billion of their visitors’ money.

Why do people gamble so much?

Julian Crowley has detailed ‘ten sinister ways casinos keep you gambling’ (at http://www.businesspundit.com/10-most-sinister-ways-casinos-keep-you-gambling/). They include:

Last but not least, it is deliberately made difficult and time-consuming to exchange your remaining chips for cash and find the way out of the maze-like floor layout.

But the main reason why people gamble is that the casinos encourage them to focus on the tiny chance of winning rather than on the much higher probability of losing. They are misled by frequent ‘near wins’ and paltry wins. Flashing lights ‘give you the impression that winning is constant and all around you.’ When someone is allowed to have a big win a huge fuss is made and there is lots of publicity, but security staff intervene if anyone tries to film people who are losing.

It is true that gamblers may enjoy the experience of gambling even when they are losing, even though there is photographic evidence of individuals in front of slot machines or at the gaming table who are clearly in great distress. It’s also doubtful whether pleasure taken in the process of gambling, where it exists, often outweighs the distress felt later, when the gambler realises just how much money he or she has lost – money that could and should have been spent on other things. Gamblers risk loss of their homes, breakup of their families, bankruptcy, even suicide.

Gambling then makes no net contribution to human welfare. On balance, it is a social ‘bad’ rather than a social ‘good.’ As gambling is the raison d’être of Las Vegas – the only reason why this big city exists in the middle of the desert – it would be better for human well-being if Las Vegas were to become once more what it was before 1905 – an unsettled green oasis.

In a socialist society the city of Las Vegas will in all likelihood be abandoned. Because it is in a place where it makes no sense for people to live. The local flora and fauna are adapted to the desert environment. People are not. In past ages no one would have dreamt of living here. It was a place to take refreshment, rest a while, and travel on. 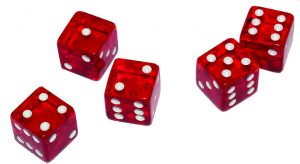 That does not, of course, mean that no one ever does anything worthwhile in Las Vegas. There is surely fantastic music being made there. Great tacos too. The music and the tacos will continue to be made in a socialist society. But not in the middle of the desert.