Book Reviews: ‘Why the Dalai Lama Is a Socialist’, & ‘The People’s Marx. Abridged Popular Edition of the Three Volumes of Capital’

‘Why the Dalai Lama Is a Socialist: Buddhism and the Compassionate Society’. By Terry Gibbs, (Zed Books £12.99) 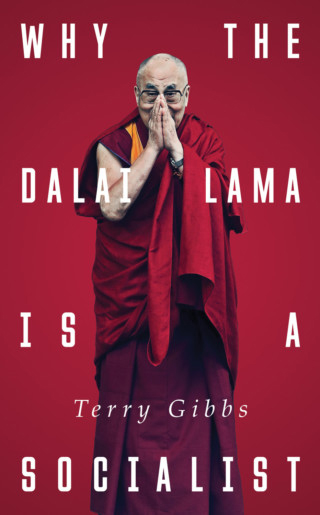 He isn’t, of course, but that does not mean this book is without value. The eye-catching title aside, there is relatively little here about the Dalai Lama, and the book is really about how some forms of Buddhism (which is often described as a philosophy rather than a religion) make similar-seeming claims to Marxism.

The Dalai Lama has in fact described himself as ‘half-Marxist, half-Buddhist’, but all the ‘Marxist’ part of this seems to mean is being concerned with equality and the condition of the majority. Some Buddhist views, it is claimed, deal with topics such as alienation and ideology that are important topics within Marxism too. Buddhism argues that people experience themselves as alienated and see nature and other people as things to be manipulated. Alienation, Gibbs suggests, is an inevitable result of living in a class society and, among other things, it motivates people’s consumption habits, such as always wanting the best and latest version of some gadget. Workers are deluded, in Buddhist terms, and have a false consciousness in Marxist terms (though Gibbs seems unaware that Marx never used the term ‘false consciousness’). But it is not clear that the Buddhist perspective adds anything, or that Marxism and Buddhism are really that similar, other than superficially.

There is a brief acknowledgement that Buddhist movements have contributed to suffering, but no reference to, for instance, the slaughter of muslim Rohingyas in Burma. A useful discussion deals with coltan, a mineral found in smartphones, which is produced in appalling conditions in Central Africa.

As for the kind of society that should replace capitalism, Gibbs is not at all clear, though a reference to ‘socialist Cuba’ is hardly reassuring. She also advocates a sustainable social system: ‘Such a global society would be marked by democratic processes that affirm mutuality, horizontality and respect as well as recognize our interdependence as the various cultures, races, religions, species and ecosystems sharing this planet.’ A guiding principle of this system would be ‘big C compassion’, which seems to mean being engaged with other humans, non-human animals and the rest of nature; perhaps this is what described also as a ‘sense of universal responsibility’.

As this last point suggests, this book is all a bit vague, and it is clear that Buddhism involves a number of different versions, many of them extremely mystical. Moreover, there is more to creating a truly democratic and sustainable society than showing compassion, whether with a big or little ‘c’. 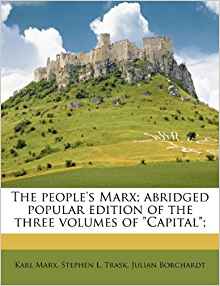 Marx was the first to analyse scientifically the operation of capitalism as an economic system or ‘the capitalist mode of production’ as he called it. He analysed it as being a system of the production and accumulation of capital as a sum of money invested in the producing commodities (items of wealth produced for sale, as opposed to for direct use) by workers selling their labour power; the price they got for this (their wages) did represent the value of what they were selling but was less than the value of what they produced; the difference was ‘surplus value’ which was the source of the new capital accumulated by being invested in production.

Marx planned to write six volumes on this but only got round to writing the first. After his death Engels worked Marx’s manuscripts into two further volumes. The other planned volumes, as on world trade and on wage-labour, were never even written.

The three volumes amount to over 2000 pages in both the Moscow Foreign Languages Publishing House and the Penguin editions. Only a minority of socialists will have read all three. Not that you need  to read them all, of course, to be a socialist, but it helps to have some idea of how Marx analysed the operation of capitalism since its basic to the socialist case that in can never worked in the interest of the producers as it is based on their exploitation. So there has always been a place for works popularising Marxian economics. Julian Borchardt’s People’s Marx has been one. Written in German in 1919 it was translated and published in English in 1921. Borchardt was one of the minority of German Social Democrat who had opposed the war. He had collaborated in translating Volumes II and III of Capital into French. Relnk Books have now made his selection of Marx’s writings available as a print-on-demand book.

Marx himself felt that the best way to introduce the concepts he would be using to analyse capitalism was to begin by analysing its basic unit, the ‘commodity’ as an item of wealth produced with a view to be exchanged with some other item of items of wealth produced for the same purpose. The opening chapters of Volume I of Capital do not in fact analyse the ‘capitalist mode of production’ but a model of an economy where commodities are produced by independent artisans owning their own instruments of production, for direct exchange with other commodities, i.e. by barter. Marx later introduces money (as a commodity that can be exchanged with all other commodities) but even this is still not capitalism. It is only when he drops the assumption that the commodity-producers are independent artisans and has the commodities produced by landless, propertyless people working for a wage for a capitalist who has invested money-capital in commodity-production that he comes to capitalism. So, it is only from the fourth chapter that he begins to analyse the capitalist mode of production.

Marx evidently thought that this step-by-step, assumption-by-assumption approach was the best way to introduce concepts such as ‘abstract labour’, ‘value’, ‘exchange value’, ‘socially necessary labour’ that he was going to use in his actual analysis of capitalism. Some of his popularisers have taken the view that it is better to begin with capitalism as wage workers experience it. Borchardt was among these. He opens with a passage from Volume III about profit and the various theories as to its origin where Marx concludes that it originates not in circulation as it appears to but in production.

To attempt to summarise the three volumes of Capital in less than 300 pages is a bold venture but Borchardt does introduce readers, in Marx’s own words, not just to capitalism’s origin and development and its effect on the working class (Volume I) but also on how it works in practice (Volume II and III).

The original edition attributes quite a number of passages from Volume I to Volume II. As this is a facsimile edition unfortunately this is repeated.