The Road Much Taken

The name of the Silk Road dates only from the late nineteenth century, but a connection between the Mediterranean and parts of south and east Asia began over two millennia ago. In this substantial volume, Peter Frankopan traces the history of this vast region and its influence on the wider world, emphasising its role in global movements of people, goods, ideas and armies. We cannot summarise the book here, just pick out some of its main themes.

One of the earliest commodities traded was indeed silk from China: it was a luxury product popular among wealthy Romans, but also an international currency. As Frankopan points out, globalisation was ‘a fact of life’ two thousand years ago (though perhaps the use of ‘globalisation’ here is a bit of a stretch). The Greek language, for instance, was spoken and written in central and much of south Asia around 200 BCE.  Pottery and spices, among many other goods, were traded along these routes covering Europe, China and points in between, while western Europe was pretty much a backwater. Furs and slaves were transported in later centuries.

The crusades of the eleventh century CE onwards had a religious guise, but considerations of wealth and power were the real motivation, with access to ‘exotic’ goods for trade being at stake. The Italian city-states benefited from the capture of Jerusalem in 1099: Venice emerged as the most successful, as it was nearer to the Silk Road regions than its rivals. In the thirteenth century, both Venice and Genoa established new colonies, in Crimea for instance. Textiles were transported to the west, after being manufactured in Baghdad and cities in what is now Iran and Afghanistan.

The discoveries of the late fifteenth century changed the balance of power, as Europe became far wealthier and more important, and gold, silver, and other goods were carried across the Atlantic. Frankopan minces no words about what lay behind this: ‘The age of empire and the rise of the west were built on the capacity to inflict violence on a major scale.’ With reference to Thomas Hobbes, he argues that only a European author could have suggested that the natural condition of humans was a constant state of violence.

The founding of the British Empire, especially control of India, led to a decline in the overland trade routes. One thing the Empire lacked, however, was meaningful oil deposits. Massive oil finds in Persia in 1908 gave new life to the Silk Road, and oil came to be seen as an essential fuel for the Royal Navy. Shortly before the First World War began, the British government bought a controlling stake in the Anglo-Persian Oil Company (nowadays BP). A network of oilfields and pipelines was built up, and in the 1920s Iraq was cobbled together by Britain as an artificial country that could be pretty much run as the British ruling class wished.

All these shenanigans continued well into the second half of the last century. The US took Britain’s place as overlord of the Silk Road region, and MI6 and the CIA were instrumental in the 1953 coup that deposed Prime Minister Mossadegh of Iran. Oil-rich countries became wealthy enough to make massive purchases of weapons and nuclear technology from the US. Wars against Saddam and Gaddafi were all part of the move to control the oil and gas fields in the interest of US national security.

In the present century the Silk Road has re-emerged as a central area of great power rivalry, with the US being threatened by Russia and China, among others. Enormous supplies of coal, oil and gas still await exploitation, and gold and rare earths are available in large amounts. The wheat fields of southern Russia and Ukraine are extremely fertile too.  As might be said, watch that space.

Peter Frankopan’s book can be hard going, especially in the early chapters, because of the amount of detail it contains. But it gives an excellent overview of how one part of the world has affected global history, and of what the real motives of conquerors and armies are.

Riding for a fall 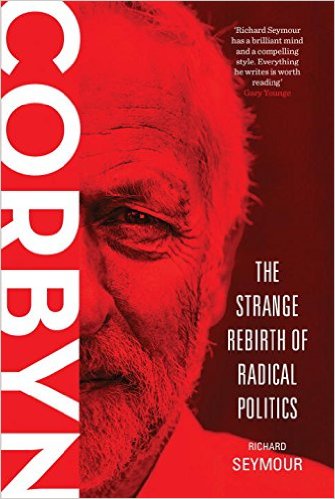 Although written early last year and so missing developments since – Corbyn’s re-election, the Brexit vote, Labour’s victory in London mayor elections – this book still has some relevant things to say.

Seymour explains Corbyn’s election as Labour Leader as a reaction to Tony Blair’s New Labour project of turning the Labour Party into an openly pro-capitalist party with no other ambition than to win elections to run capitalism more or less as it is. This uninspiring project had no appeal to young people outside the party who wanted change, and who were able to join under new rules for electing the Leader, but neither to many existing Labour Party members.

Despite the almost unanimous and merciless opposition from the media, Corbyn and his supporters were able to use instead social media to rally support for meetings. So, his election was one in the eye for the mainstream media as well as for the unprincipled career politicians that most Labour MPs are. Seymour refutes the idea that Corbyn won because of Trotskyist infiltration (if only because there are not that many of them), seeing most as the sort of people who would otherwise support the Green Party. In fact, the Labour Party bureaucracy excluded many on the grounds that they had previously openly supported the Greens.

Seymour, a former SWP member, has no illusions about the Labour Party which he sees as having always been a non-socialist party out to manage capitalism – his dissection of the Labour Party is the best part of the book – and so doesn’t hold out much hope of Corbyn being able to achieve much. He doesn’t think he will be able to democratise the Labour Party or is likely to win the 2020 general election or, if he did, that he would be able to change capitalism.

He is not unsympathetic to Corbyn, seeing him as a socialist (even though he admits that Corbyn’s programme is no more radical than Harold Wilson’s) leading a non-socialist party and for that reason doomed to fail. If true, that would be what the classical continental Social Democratic parties were and why they failed. Reverting to his Trotskyist roots, Seymour sees this predictable failure as positive in that Corbyn’s supporters will thereby come to see the Labour Party as useless as a vehicle for socialism and so turn elsewhere but, now as an ex-Trotskyist, not to a vanguard party but to some grass-roots extra-parliamentary anti-capitalist social movement. 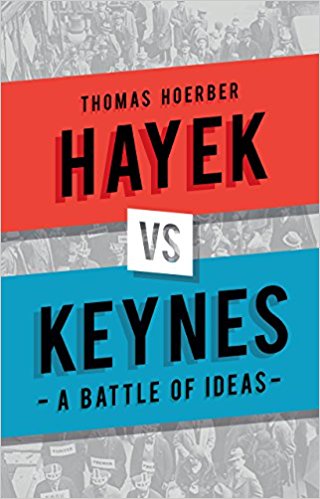 This short book compares the ideas of what the blurb on the back calls ‘these two giants of the history of economics,’ discussing Keynes’s The General Theory of Employment, Interest and Money (1936) and Hayek’s The Road to Serfdom (1944).

But there is no comparison. Keynes’s book is a serious work, criticising the workings of the capitalist economy as he saw it and which dominated economic teaching and policy-making for forty years. Hayek’s book, on the other hand, was an anti-socialist rant by a reactionary who regretted the growing state interference in the economy under capitalism, claiming that it would lead to totalitarianism along the lines of Nazi Germany and Stalinist Russia. It was on a par with Churchill’s notorious ‘Gestapo speech’ aimed at the Labour Party in the 1945 general election and may well have inspired it. Hayek was only plucked from his well-deserved obscurity thirty years later and awarded a politically-motivated Nobel Prize for Economics. His admirer Thatcher made him a Companion of Honour.

It is of interest to compare the views of the advocates of unreconstructed laissez-faire capitalism with the reformed capitalism offered by Keynes, but there is no need to elevate a common or garden apologist for capitalism like Hayek to the status of a ‘giant of economic thought’ to do this.

Keynes’s criticism of laissez-faire capitalism was that it could lead – and had led in the 1930s – to a situation where production and income balanced each other at a level below full employment. He proposed to remedy this by the government increasing its spending and redistributing income from the rich to those more likely to spend than save it. This fitted in well with the reforms advocated by Labour and Social Democratic parties who, after WW2, enthusiastically embraced Keynes. Hoerber records that, at its congress in Bad Godesberg in 1959, the SPD publicly abandoned (paper) Marxism for Keynesianism.

For 25 years Keynes’s approach appeared to work as there was virtually full employment. But was this due to governments pursuing his policies? A more plausible explanation was post-war reconstruction and an expansion of the world market. The test came with the end of the post-war boom in the 1970s, a test Keynesianism failed as its application led not to full employment but to ‘stagflation’ (continuing stagnation + inflation). Keynes was discredited, but were those he had criticised vindicated?

Hayek certainly wasn’t as there had been no trend towards ‘serfdom’, or totalitarianism. Even so, others who had argued that the capitalist economy could not be planned to avoid the boom/slump cycle and ensure permanent full employment were proved correct. But this strengthens rather than weakens the case against capitalism – as it can’t be mended, it has to be ended.