Proper Gander (at the movies): The Benefits Trap 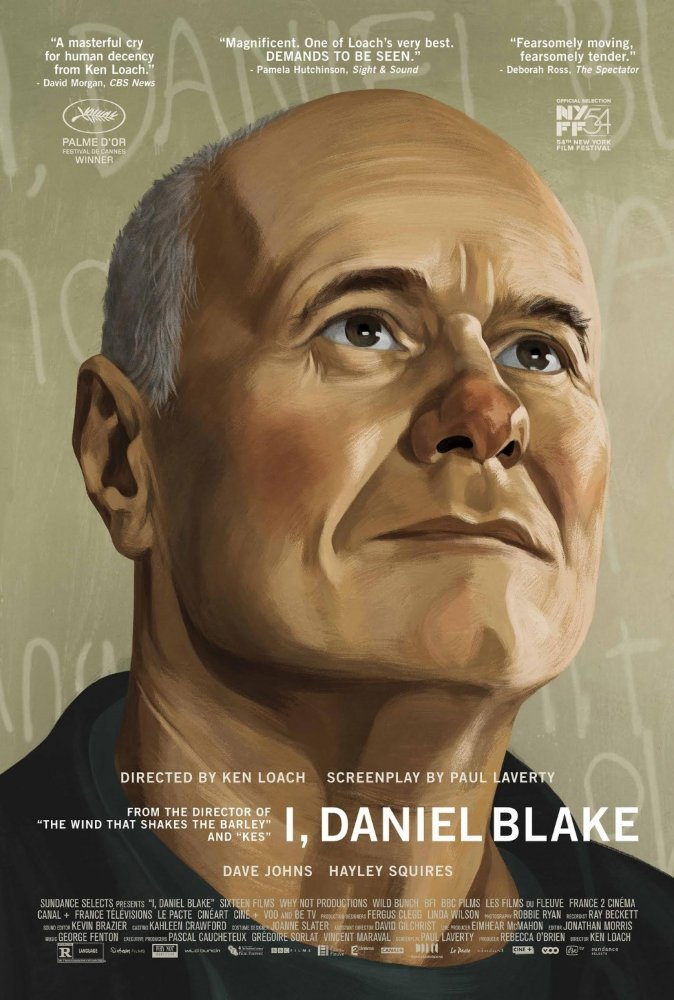 The most important film of 2016 was undoubtedly Ken Loach’s passionate response to the government’s austerity measures, I, Daniel Blake. The eponymous main character (played by stand-up comedian Dave Johns) is a 59 year-old joiner living in Newcastle. The story begins with Daniel recovering from a heart attack. His GP has judged him not fit to work, and has signed the ‘med 3’ form (used to be nicknamed a ‘sick note’, now renamed in doublespeak as a ‘fit note’) he needs to claim Employment and Support Allowance sickness benefit. However, at the ‘work capability assessment’ which claimants have to undertake to continue to be paid, he is judged to have enough capacity to find work. Perversely, this decision by a ‘healthcare professional’ trumps that of the GP. So, Daniel (almost literally) half-heartedly looks for employment, but feels unable to accept jobs because of his GP’s advice. He makes a claim for Jobseeker’s Allowance, but struggles with the procedures for looking for vacancies online. In the job centre, Daniel meets Katie, who with her young children has been relocated from a homeless hostel in London to a flat in Newcastle. She is claiming Jobseeker’s Allowance, but her claim gets suspended (or ‘sanctioned’) because she’s late for an appointment. Without an income, she is forced to instead turn to prostitution and food banks.

The script was researched with the assistance of Department for Work and Pensions employees, who remain anonymous in the credits for fear of losing their jobs. The film doesn’t dwell on the reports of job centre workers having targets for the numbers of claimants they sanction, although it features staff being told off by a manager for being helpful. Other details in the film are familiar to anyone who’s tried to navigate the benefits system, such as the questions in the work capability assessment: ‘can you raise either arm as if to put something in your top pocket?’. Similarly accurate is the music heard when Daniel inevitably gets placed on hold when phoning the benefits office. What would Vivaldi think now if he knew that was the use to which his Spring would be put?

I, Daniel Blake has had a wider impact than Loach’s recent films. In November, the film’s pivotal scene of a spray-paint protest was played out for real when the words ‘I, Daniel Blake’ appeared on the wall of Exeter job centre. In a Prime Minister’s Question Time session, Jeremy Corbyn suggested that Theresa May should watch it when he was criticising the ‘institutionalised barbarity’ of the benefits system in relation to unwell claimants. Someone who hadn’t seen the film was Damian Green, the Secretary of State for Work and Pensions, who nevertheless felt able to describe it as ‘monstrously unfair’. One of his predecessors – Iain Duncan Smith said ‘The film has taken the very worst of anything that can ever happen to anybody, lumped it all together and then say ‘absolutely, this is life as it is lived by people’. And I don’t believe that’. A DWP spokesperson chipped in with ‘This film is one person’s artistic interpretation of the benefits system. … It is a work of fiction, not a documentary’.

Loach has said that he finds politicians criticising the film ‘predictable’. In a comment to the Press Association, he said ‘If they don’t know what they are doing to people they are incompetent and shouldn’t be in government. If they do know what they are doing then they are not fit to be in government.’ Elsewhere, Loach has criticised the Tories for the ‘conscious cruelty’ of the benefits system. He’s a fan of Corbyn, but isn’t a member of the Labour Party, having previously backed Left Unity before it was eclipsed by Labour’s shift leftwards. He still calls Labour ‘the party of the working class’. While Loach may be a left-wing reformist, his film doesn’t openly advocate reforms to the benefits system. Instead, it shows the bureaucratic trap where many people too unwell for work fall (being unable to fall into the other trap of employment), and allows us to draw our own conclusions. The film is likely to reinforce the views of those who back reformism, but could equally be interpreted as illustrating how the whole system of which the welfare state is a part is unworkable. Once he has to rely on the benefits system, Daniel finds that it’s not really there to benefit him, and its rules and procedures seem designed to make it harder to maintain a claim.

At the age of 80, Ken Loach has lost none of the anger at how capitalism affects people which his previous films have expressed. I, Daniel Blake takes elements from his previous work, such as the title echoing that of My Name Is Joe, his 1998 film about a recovering alcoholic. And he hired a stand-up comedian to play the lead role, as he had with casting Chrissie Rock as a victim of domestic abuse in 1994’s Ladybird, Ladybird. Most obviously, I, Daniel Blake shares its target with Cathy Come Home (1966), both criticising the failings of the welfare state, and both having an impact beyond the screen. Loach himself has said that it’s ‘shocking’ he’s made a film in a similar vein to Cathy Come Home fifty years on.