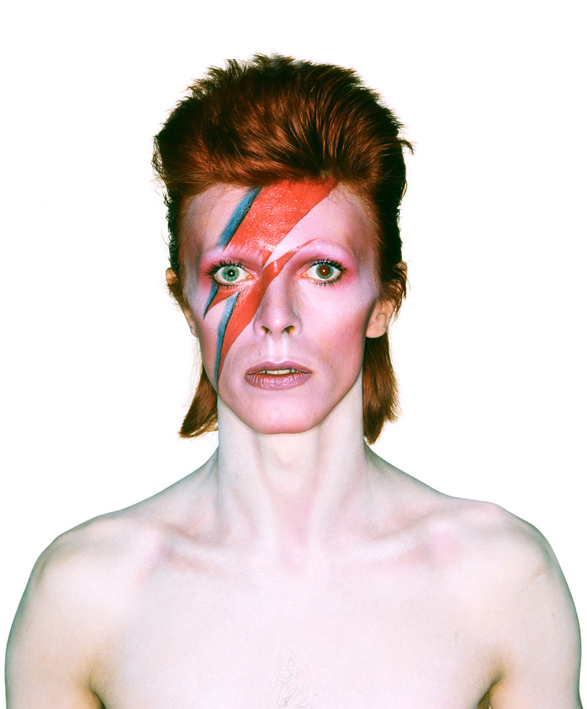 January saw the death from cancer, aged 69, of David Bowie. No popular music artist of the past fifty years has had as wide and profound an influence. There was a spontaneous outpouring of grief across the world amongst the millions of fans he had accumulated in six successive decades. The same comments were repeated on social media and in the press over and over again: that he had provided not just the soundtrack to their lives, but had inspired and stimulated them artistically and culturally. I became an avid listener of his as a child in the early 1970s and this was a key influence in my becoming a musician myself.

As a teenager growing up in the London suburbs, Bowie was both extremely imaginative and intensely hard working at honing his craft, and he remained so, releasing his latest album, Blackstar, on his 69th birthday just two days before he died. He is known for the recurring theme of space travel gone wrong, and the loneliness and alienation so powerfully symbolised by that. He once said of his childhood that he ‘felt often, ever since I was a teenager, so adrift and so not part of everyone else… so many secrets about my family in the cupboard… they made me feel on the outside of everything’ (interview in 2002 TV documentary, David Bowie: Sound And Vision). It was entirely appropriate that he composed the music for the television adaptation of Hanif Kureishi’s Buddha Of Suburbia in 1993. He understood more than most the psychology of the city and its outer reaches, and always reached out to fellow ‘outsiders’ of every kind.

His fierce determination in financial matters derived in part from having had all the receipts from his early years of success siphoned off surreptitiously by then manager Tony Defries, resulting in near bankruptcy despite having sold millions of albums and show tickets. As a former victim of such sharks he took the unique step of never again having a manager, instead himself employing a tiny number of people to deal with his personal, business and publicity needs. They were simply paid fees by him rather than his being paid out by them; he retained all of his own rights. He once sold a future rights issue to his songs, via ‘Bowie Bonds’, for a fixed period with the rights reverting to him after that, which proved an extremely astute financial move. A couple of years ago his home town of Brixton had honoured him by using his face on the ten pound note of their local currency, the Brixton Pound (a voucher system circulating between local traders).

In a mid-1970s magazine interview he once advocated ‘fascism’ for England, and in 1976 was set up by the press and accused of making a ‘Nazi salute’ at Victoria station when greeted by fans on his return from living in Germany. The video of that moment shows him waving and this was freeze-framed to look like a salute. The following year, in 1977, he told Melody Maker that his flirtation with fascism had been a result of his being ‘out of my mind, totally, completely crazed’ at the time. In later years he campaigned vigorously for humanitarian causes and remained a committed Buddhist with a life-long opposition to the subjugation of Tibet by China. He also opposed the British occupation of Northern Ireland. Regarding racism, he was interviewed by MTV in 1983 and took the opportunity to take them to task repeatedly for limiting the number of black artists they featured.

In a preposterous little piece in the Times (13 January) two days after Bowie died, Daniel Finkelstein tried to recast Bowie’s prolific promotion of artistic individuality as something for which we should thank capitalism – a view which Bowie would have found ridiculous. Finkelstein claimed that Bowie ‘was subversive because capitalism is subversive’, whereas in fact the opposite is the case. Capitalism homogenises and destroys individuality, as the human army of labour is moulded into conformity to match the needs of this system and increase profit.

He broke down barriers of every kind, and advanced the possibilities for choosing what to be. This evolution of personal freedoms is not something we can attribute to one influential person. It was clearly part of a much bigger and longer-term global trend. However, he had the brilliant social sensitivity and insight to tap into these moments and accelerate them.

Bowie rose to fame in the early 1970s at a time when ‘free love’ had been proclaimed as desirable between men and women, whilst gay relationships were still frowned on, even having been illegal in the UK until the late 1960s. He wore feminine clothes and make-up and challenged conventional sexual roles and behaviour. Large numbers of gay people even now still say that his announcement in 1972 that he was gay (and, later, that he was bisexual) helped them to feel less isolated and more confident in their identity.

He had an intense intelligence and was extremely well-read with a broad encyclopaedic knowledge, which was yet another point distinguishing him from other pop or rock stars. In a 1999 interview with Jeremy Paxman he once again showed great foresight in predicting, with what turned out to be uncanny accuracy, how the internet would rapidly come to dominate human communication (and what the effect would be on the music industry):

‘I don’t think we’ve even seen the tip of the iceberg. I think the potential of what the internet is going to do to society both good and bad is unimaginable. I think we’re actually on the cusp of something exhilarating and terrifying.’

He also said that he had chosen to work in music in his youth as in those days it still had ‘a kind of call to arms feeling to it, that this is the thing that will change things’ whereas pop music later became a mere career opportunity and that ‘the internet now carries the flag for the subversive and possibly rebelliousness, the chaotic and nihilistic… forget about the Microsoft element, they do not have a monopoly.’ The audience becomes at least as important as those playing to them, with

‘the demystification of the relationship between performer and audience… the point of having somebody who led the forces has disappeared, because the vocabulary of rock is too well known, it’s not devoid of meaning but it’s certainly only a conveyor of information not a conveyor of rebellion. The internet has taken on that.’

This was in 1999, when the evolution of the internet was very much less developed than it is now. Bowie was the first artist to have a dedicated website, or to make his material available online, or to offer his own web server facility (‘bowienet’). In that same interview, Paxman suggested that ‘some of the claims being made for the internet are hugely exaggerated’ but Bowie stuck to his guns and joked about the ‘far-fetched predictions’ made at the time of the arrival of the telephone, that it would ‘one day be found in every home’.

He also quoted Duchamp on how the piece of work is not finished until the audience come to it, and add their own interpretation; that what the piece of art is about is the grey space in the middle. ‘That grey space in the middle is what the twenty-first century will be about.’ Asked about why he felt the need to continue earning money, he replied ‘Being working class I feel that there’s never enough to leave my family. There’s a kind of survival instinct.’ He was not one to write overtly political songs, but his awareness of the corrupting power of money is evident, for example in his song Red Money:

‘Oh, can you feel it in the way

That a man is not a man?

Can you see it in the sky

That the landscape is too high?

And it’s been there all along.

Superpower imperialism also came into his sights tangentially in songs like This Is Not America. In Sons Of The Silent Age he captured the stupefying idiocy of popular culture:

‘Sons of the silent age

Rise for a year or two

Search through their one inch thoughts

Then decide it couldn’t be done’

But above all he had a genius for conveying, through his work, the experience of alienation. It is significant that he spoke in interviews about his reasons for having ‘chosen’ music as his medium, for he was primarily a universal artist who was also happy to work in visual art (he was a good painter and sculptor), who acted in many films and plays, who produced, directed and designed.

He never allowed himself to become part of that cosy establishment generally joined by the luminaries of the arts, including pop stars of a certain age. He refused honours from the queen of both a knighthood and a CBE. His legacy will be one of challenging, imaginative, boundary-smashing creativity throughout artistic endeavour.