Greasy Pole: What It Was All About 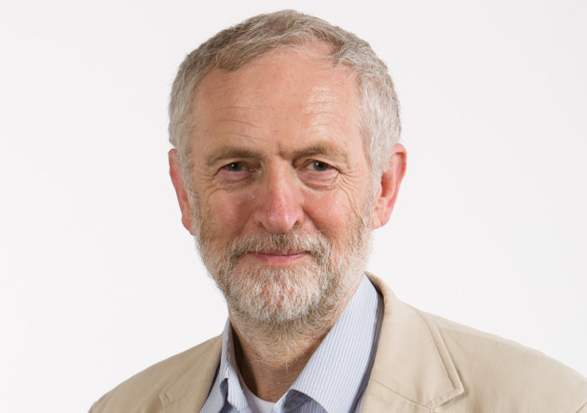 Sprawled out across the lawn it was warm and relaxing until Janet, who was into her third glass of Tesco Finest Chardonnay, blurted: ‘So what’s all this about Jeremy Corbyn then? I’m going to his meeting at the Town Hall on Wednesday. If I can get in, that is; he’s had thousands at his other meetings with overflows so I might have to stand outside’. Jeremy Corbyn. A couple of months before none of them had heard of him but now it was different. Janet told about a friend of a friend who is one of his constituents; they admire his rebelliousness in parliament, where he has voted against the whips’ instructions over 500 times (they called it ‘challenges’) and he was very helpful to her when she took a particular problem to him. At all events he couldn’t be much worse than Ed Miliband and that lot who lost the last election. And who were those Labour MPs against him? That Liz Kendall saying she loved Labour but talking more like a proper Tory. What had Andy Burnham ever done to make us think of him as a future Prime Minister? Yvette Cooper? Won’t she just perform like Ed Balls tells her to? And Blair having the cheek to prescribe a heart transplant for anyone who voted for Corbyn .

It was in February last year that the Labour Party, nursing some delusions about their chances of winning the next election against the increasingly fragile coalition, adopted a new system of electing its leader. Until then they had fumbled through a three-way performance in which a third of the votes would be cast by each of the Parliamentary Party, the trade unions and individual members. The new procedure was designed to be quicker and simpler and more democratic –one member one vote, to include registered supporters who would be allowed to vote on payment of a fee of ￡3. The Deputy Leader Harriet Harman was satisfied enough with this arrangement to describe it as ‘a robust system to prevent fraudulent or malicious applications’. But the flaws in it were exposed when the Daily Telegraph suggested that the whole procedure could be disrupted by Conservative Party supporters – as well as anyone else with the same intentions – paying their ￡3 and going on to disrupt the election by voting for the most unsuitable and divisive candidate who would ensure that Labour lost the next general election. And in that role was Jeremy Corbyn of the relentlessly left-wing opinions and breaches of Parliamentary discipline. Piteously threatened, Andy Burnham warned that ‘The Tory press are so desperate for Jeremy Corbyn to win that they’re making up stories to give the impression that he already has’. Nominations in the leader election had to be supported by 35 MPs, which Corbyn reached by the narrowest of margins, with only minutes to spare on the closing day.

He promised to stand for drastic changes in Labour policy –- like making amends for Blair and his lies by apologising for going to war in Iraq. There would be no more pandering to Tory discipline through austerity, such as in a recent report by the Department of Work and Pensions that between December 2011 and February 2014 there were 2,380 people who died within fourteen days of being struck off Employment and Support Allowances (ESA) after a Work Capability Assessment (WCA) had ruled that they were fit for work. Andy Burnham described the WCA as ‘punishing’ and promised that a Labour government under him would ensure ‘a humane approach to benefits’ – in spite of the fact that the punitively inhumane machinery of the WCA was set up by the previous Labour government. This same Andy Burnham also assured the voters that if he is ever Prime Minister he will reduce the National Debt ‘…towards its sustainable pre-global financial crisis levels’ which avoids the crucial question of why and how the ‘crisis’ came upon us. Then Yvette Cooper, who supported the war on Iraq and the continuation of Trident, promised that she would ensure her government would ‘…reset Labour’s relationships with business’. And Liz Kendall made it all sound so easy: ‘We will bring debt down as a proportion of our GDP and will make surpluses in the good times’ – assuming that capitalism’s economy is always, easily, controllable.

As the leadership campaign began the Labour Party were pleased to represent it as an admirable exercise in democratic organisation. But this confidence collapsed when Corbyn came on the scene and took so convincing a lead. In response there was a move to concentrate the opposition to Corbyn by persuading two of the other candidates to stand down. Or to abandon the contest altogether until the party could re-write the rules so as to prevent the emergence of another candidate like Corbyn. These were not examples of democracy in action but of the subterfuge and denigration typical of relationships within a party of capitalism. No wonder that Corbyn should appeal to people like Janet and her husband Dave, with their mortgage and their jobs and two children coming up to their GCSEs with all the attendant stresses. As a couple they are something of a pollster’s dream. Dave’s grandparents came over here at the time of the Empire Windrush and now he manages a busy section of a local authority housing department. He sees the brutal reality of austerity every day, putting him under remorseless pressure. Janet has the same type of experiences in her work in one of the caring professions. These two are an example of what David Cameron – as did Ed Miliband – cynically calls Hard-working People. Neither of those twisters used phrases like Ruthlessly Exploited People. Repeatedly Deceived People. Contemptuously Disregarded People. So what was all that about Jeremy Corbyn? We have been here before, when the larger, more established parties were in such turmoil and confusion as to temporarily benefit some smaller, more outlandish group like the SDP and UKIP. It may be that Corbyn succeeds for a time in his stated objective to bring about some changes in society and its politics but our experience tells us that these will be no more significant or enduring than all those others, who are now part of capitalism’s disreputable history. That is what’s all about Jeremy Corbyn.