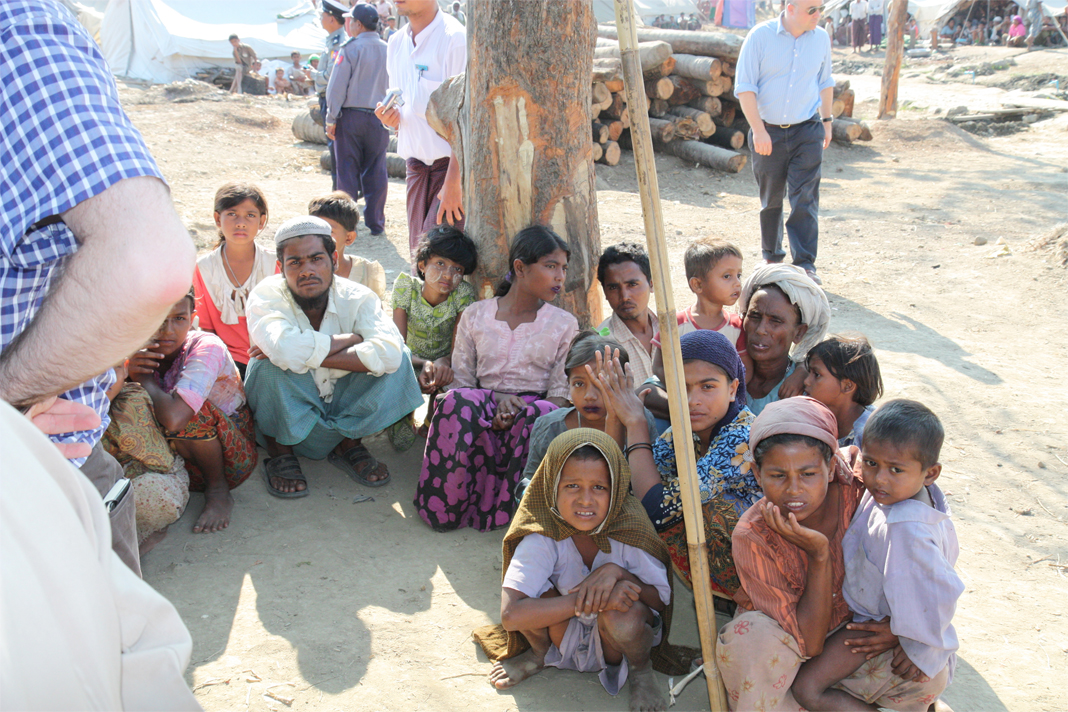 Having a nationality is something so natural that people rarely stop to think about what life would be like without it. Stateless people have no nationality and are not accepted as citizens by any country. With no ID, they are deprived of basic rights and vulnerable to exploitation and human traffickers. Stateless people have no rights to the basics most people take for granted such as health-care, education and employment. They cannot travel, open bank accounts, buy a house or car, or even get married. The current tragedy taking place with the Rohingya refugees has at its root cause with the Burmese government’s refusal to acknowledge the Rohingya as citizens (they even dispute the actual term, insisting they be called Bengali).

A stateless person is someone who is not considered as a national by any state. Being stateless means individuals have no legal identity, no passport, no vote, and few or no opportunities to get an education. Without documents, it is impossible to register marriage, so family life is affected. Travelling is difficult, and simple things like opening a bank account or getting a driving licence are impossible. Many find themselves stuck in a legal limbo, and can find themselves facing detention and destitution, unable to work formally, living at the margins of society. The stateless often face insoluble problems over property rights or the custody of children. They live in constant fear of being expelled from a country or sometimes resort to fleeing and split up their families in a desperate attempt to resolve their children’s statelessness. In 27 countries women are denied the right to pass on their nationality to their children on an equal basis as men.

At least 10 million people worldwide have no nationality. Thailand is home to more than 500,000 stateless people in its population of nearly 70 million. The Dominican Republic in 2013 applied new nationality criteria retroactively and affected the nationality status of tens of thousands of people of Haitian descent born in the Dominican Republic. While in Europe, Estonia and Latvia, ex-Soviet Union republics, have some 91,000 and 267,000 stateless people respectively.

For generations, Roma families living in mahalas (neighbourhoods) in the Balkans have passed down their houses to relatives through informal means. It is uncommon for these inheritances to be properly registered or to have official legal titles. These same families often forgo registering the birth of a child with local authorities, as the cost of obtaining a birth certificate can be prohibitive. Without official identification documents or legal claims to their property, Roma families in the region are at increased risk of statelessness. The problem only worsened with the decades of conflict that have plagued the Balkans. The Roma now living in refugee camps can neither prove their previous legal residence in Kosovo nor meet the necessary requirements to obtain citizenship in Montenegro.

The UNHCR believes a stateless baby is born every 10 minutes.

We should contrast the persecution of the poor stateless person with the luxury and liberty of the elite group of the world’s voluntary stateless super-rich. They transcend geographical boundaries to purchase properties in major cities across the globe. With few ties to specific countries, these individuals lead nomadic, season-driven lives. Their choice of where to live at any one time is based on climate, their children’s education, tax constraints or which of their friends they want to lunch with on any particular day. This global lifestyle has led to the stateless super-rich buying a larger portion of the world’s most expensive homes as they look to park their wealth in perceived havens. They own multiple properties, usually consisting of two in their country of principal residence, one in a global city such as London, Paris or New York, and a holiday home by the beach or perhaps in the mountains.

‘The more money you have, the more rootless you become because everything is possible,’ says Jeremy Davidson, a property consultant. ‘I have clients who wake up in the morning and say, ‘Let’s go to Venice for lunch.’ If you’ve got that sort of money the world becomes a very small place. They tend to have a diminished sense of place, of where their roots are,’ he told the Financial Times (28 April, 2012).

The World Socialist Movement stands opposed to the nation-state and advocates a world in which everyone will be ‘stateless’ but that has nothing in common with statelessness under capitalism as described above. While states exist all workers living in one, whether citizens, stateless or citizens of another state, are fellow workers who should treat each other and be treated as the same.

To emancipate ourselves, we, the working class must come to realise that we have no country and come together to engage in a world-wide class struggle against the capitalist class.