How the Ruling Class Rule in Britain 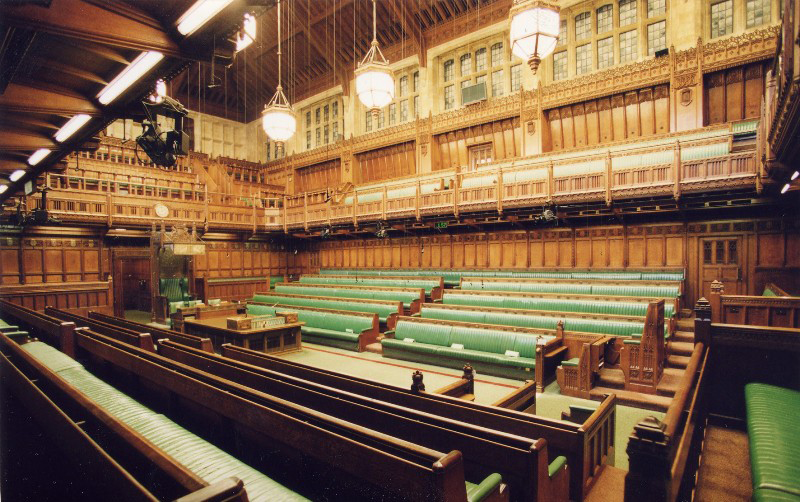 Critics of the Socialist Party often ask why we would want to bother standing for election, when the real power is in the hands of the Establishment, and if an election went against their wishes, they’d just suspend democracy. Our answer has always been simple: the capitalist class is not united, but competing one against the other. They cannot trust each other with state power, because the temptations of cheating and corruption are too great. They need the political democracy and its openness in order to have a reliable machine to protect their general interests of property and contract. They need the army of workers who run the state to work for them.

Recent research by the University College London Constitution Unit shows how integral the elected parts of the state are. Their reports The Policy Impact of House of Commons Select Committees and The Policy Impact of Parliament on Legislation use a combination of empirical and interview research to assess how much influence parliament has on the policy over the executive and on the laws as finally produced by the state.

They found ‘Committees are highly prolific, and producing increasing numbers of reports. Between 1997 and 2010 select committees probably produced almost 1,500 inquiry reports (or 110 a year) and almost 40,000 recommendations and conclusions, of which 19,000 (or 1450 a year) were aimed at central government.’ Further, according to their examination of that work ‘around 40% of recommendations are accepted by government, and a similar proportion go on to be implemented. Calls for small policy change are more likely to be accepted and implemented, but around a third of recommendations calling for significant policy changes succeed.’

Further, their interviews with civil servants found that the question of ‘How could this policy be defended in front of a select committee’ loomed large in their minds at the policy formulation level. Indeed, the Constitution Unit’s work ‘identifies seven additional types of influence: contribution to wider debate, drawing together evidence, spotlighting issues and changing ministerial priorities, brokering (improving transparency within and between departments), accountability, exposure, and generating fear’( http://www.ucl.ac.uk/constitution-unit/research/parliament/select-committees). These layers of influence are important, as Select Committees have no formal (i.e. legal) means of enforcing their findings, their power is informal and political.

Detailed research on the Parliamentary process also illustrates how much power parliamentarians possess. Between 1999 and 2012 the House of Lords voted against the government 506 times, with around 130 (about 40 percent) of those defeats being upheld. Some of these issues were core government matters, such as jury trials, ID cards and detention without trial. In many ways, this demonstrates the important power of this unelected chamber, but, again, its power was informal, as the Commons could have overruled it. The number of defeats for the coalition government is lower, as they have greater representation in the unelected house (http://www.ucl.ac.uk/constitution-unit/constitution-unit-news/141014).

In fact, as the Constitution unit found, government Ministers would often try to negotiate with peers and Commons back-benchers, because ‘the last thing they want is a vote’. Indeed, the executive operates a sophisticated parliamentary management policy to try and ensure that it is not defeated, making sure that it doesn’t propose anything that parliamentarians will not wear. The appearance of an almighty executive holding sway over parliament is very much that, appearance, and it is one that an executive must work hard to maintain. The first job of government is to look like it is in charge.

This is the detailed impact of Parliament on the running of the country. Of course, the executive constitutionally can only be formed based on holding onto a majority in the House of Commons, which in turn means retaining the support of the largest section of the population at large (and usually a majority). Whatever the detail and objective effects of government policy, they can legitimately claim to have the support of the population, albeit with a sophisticated electorate management strategy as well.

The influence of parliament as a body stretches deep into the civil service and the daily operations of government. Its influence lies not in observable command control, but in the minds and imaginations of state actors, who are habituated to at least showing deference to their elected masters. This cannot simply be turned off at the flick of a switch: political democracy is well entrenched within the British state, and a great many politicians and civil servants (as well as their respective hangers-on) have a great deal of interest in maintaining political democracy. To put it bluntly, a lot of people have too much to lose to simply end democracy overnight.

Of course, parliament itself is limited in what it can do. It cannot act in such a way as to destroy its popular support. At the minimum, the politicians would lose elections and lose their jobs. In more extreme circumstances there would be riots and strikes or capital flight. They also have to act, ultimately, in line with the reified reality of the markets. The reliance on state borrowing means they have to placate the owners of debt and property.

To the extent that the executive retains immense patronage, able to buy off cronies with jobs, titles and entry into the revolving door of corporate boardrooms and consultancy work, it retains secretive, unaccountable power. A movement to promote democracy, to throw open the operations of government and to convert them from being government of people into the democratic administration of things will be able to cut off such chains of patronage.

Indeed, the relatively recent innovation on parliamentary votes on war (again, this has an informal status that has been elevated into what constitutional experts call a convention, since state actors behave as if they have to abide by it even if it isn’t enforceable), shows this power, with the defeat over military action in Syria. That is a massive inroad into the peremptory rights of the executive.

None of this is to fetishise parliament  nor its procedures, but instead to show how political democracy is central to the operation of the British state, despite occasional appearances to the contrary. It shows how human relations lie behind the surface machinery of state. Currently the majority continue to support capitalist politicians and parties, but if they were to turn into a movement for socialism, the democratic process is no barrier to them getting their way.

Often, opponents of democratic socialist revolution cite the example of Chile, but that doesn’t bear up to scrutiny. In 1970 Salvador Allende was elected with 36.6 percent of the vote. According to the Constitution, if no candidate achieved more than 50 percent of the vote, the Chilean Legislature had to choose a President (usually the one with the most votes), and in Allende’s case, the Christian Democrats eventually backed him. At that point, the coalition of parties that backed Allende, the Unidad Popular, did not have a majority in neither the Senate nor the Chamber of Deputies.

In 1973, a parliamentary election saw the Unidad Popular defeated, and the Christian Democrats joined the Confederation of Democracy. The right were then able to use their parliamentary majority to harass Allende, and to claim legitimacy. Prior to the coup that ousted Allende, both the legislature and the courts accused him of acting unconstitutionally and undemocratically.

Nonetheless, before Pinochet could launch his coup, he had to assassinate his way through the military chain of command, so committed were the top generals to the constitutional process.

Allende was defeated by a conspiratorial coup, backed by the United States, but this was only possible with widespread popular support. At no point did Allende have an outright majority, not even a preponderant plurality.