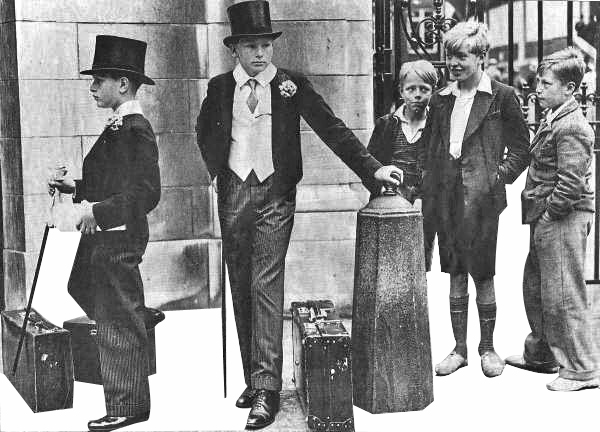 Living in Cambridge I encounter many students socially. Like every other section of society they include many individuals exhibiting numerous characteristics. Most of them are less likely to exhibit the ‘I’m entitled to the earth and everything in it’ attitude they once did but there is still an underlying intellectual arrogance. It never fails to amuse me that the graduates of Oxbridge still feel entitled to ‘run the country’ despite the obvious mess they have created over the decades. The ‘old school tie’ cronyism of the city and government continues unabated. Despite giving socialists great evidence for the complete absence of any semblance of a meritocracy within capitalism they seem unconcerned by their continued failures. It sometimes seems that the only success they can claim is their continued ability (with the help of admen and spin doctors) to fool the electorate. I hope this is disingenuous to at least some of them who, one would hope, go into public life with a genuine desire to improve things. Not that this helps, of course, since the knowledge they bring to their work is the result of studying all kinds of political and economic clap trap.

Occasionally socialists can share a seemingly similar arrogance because of the confidence we have in our analysis – but any accusation of elitism must be taken very seriously and hopefully disproved. The establishment of a socialist society depends on mass consciousness and political equality. This is different from saying that we must all be intellectually equal since we all have different talents and many do not have the inclination to study politics, economics, history or philosophy in any depth. Those of us who write for ‘The Standard’ clearly have some intellectual proclivities (strangely I’m still embarrassed by this admission – presumably a residue of cultural conditioning); but does this mean that the majority must have read the three volumes of Das Capital before we can make the revolution?

A graduate once said to me that socialism was impossible because the majority can never attain the intelligence that we ask of them. Clearly a very elitist thing to say – and stranger still that he should say it to me in such a ‘knowingly candid’ fashion since I’m clearly of average intelligence myself. So the question becomes: what level of consciousness (intellectual knowledge and insight) is needed to create a socialist revolution? Clearly there has to be some since compassion and idealism alone has led to disaster in the past. Do we all have to become intellectual elitists to make the revolution?

The socialist revolution will be very different from the preceding bourgeois revolutions because, apart from anything else, it requires the participation of a class conscious majority to bring it about. There can be no leaders since, as discussed above, socialism demands equality and democracy to determine policy and action. Some believe this to be hopelessly idealistic because either they feel themselves to be intellectually incapable of such activity or despair of others political abilities. Most of this derives from cultural conditioning and the almost complete absence of any political education.

Socialists believe that political activity is an essential part of what makes us human and as soon as the dreary media politics of the establishment is undermined and people get a taste of real democracy and the empowerment it provides there will be no stopping us. Once the need for political leaders has ended and people take control of their lives the conditioning that insists on our intellectual political inadequacies dissolves.

I have never doubted the capacity of most people to achieve the requisite intelligence to change the world once their prejudices and self doubt is removed. Political consciousness can strike people quickly (as in that amusing political metaphor with Neo in the movie The Matrix when he awakes and removes his connexion with the machines) or it can be a slower process of the erosion of any confidence in the lies of capitalist propaganda.

One thing you immediately notice about socialists is their self-confidence. Some will tell you that arrogance is an essential characteristic needed by socialists to deal with the never ending criticism they endure but I think that this is just a misinterpretation of the confidence that comes with consciousness and the knowledge that this enables. Of course this comes with a large measure of political frustration and sometimes despair at the suffering of the world but I don’t know of any of us who would like to go back to the darkness of political ignorance. Our confidence helps us ridicule the still widespread prejudice that intellectual labour is somehow superior to other forms of human endeavour – yet another way of creating divisions within the working class. As I write this I’m only too conscious of the many talents that come together to create a computer. But the inventors and programmers are just as dependant on the production lines of alienated labour to produce this technological miracle as vice versa. What neither need , of course, is the capitalist who exploits both!

There seems to be no evidence for, or reason to believe that the majority cannot achieve the knowledge needed to make a socialist revolution. Those who believe otherwise are merely conditioned to think that we always need an elite to guide and lead us. The recent attacks on the education system by the present government illustrates this – the imposition of reactionary syllabuses in history and philosophy are witness to the fear our masters have instinctively of anything that might enable young people to think for themselves. It is one of the oldest tenets of Marxian thought that the need for an intelligent workforce might also enable an anti-capitalist political perspective. This ‘internal contradiction’ within the system haunts the parasite class. They may not all be conscious of why they fear learning and knowledge but hopefully one day we will be in a position to teach them this last lesson.