Propaganda Power… in Your Pocket 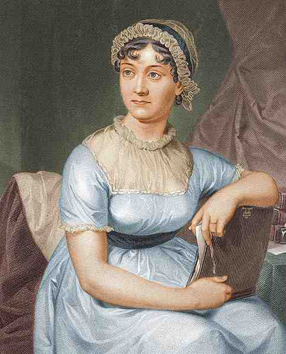 Hooray for People Power! Faced with a petition of some 35,000 signatories, the Bank of England has caved in and will keep a female face on ‘our’ banknotes. Elizabeth Fry, currently on the fiver, will still be replaced by Winston Churchill, however, the new face of the ten pound note is to be Jane Austen. The leader of the campaign, Caroline Criado-Perez, said ‘This is a brilliant day for women’, whilst Zoe Williams in the Guardian celebrated the victory of the ‘determined and lethal … new generation of feminists’.

Will this do anything to stem the world tide of rape, torture and oppression of women? Will it do anything to alter the vast blanket of everyday sex objectification, the portrayal of women as mere products for use, which lies heavy upon us all? Will it do anything for the single mothers, who above all others have been targeted by the current round of cuts of this especially vicious regime? Will it heck. Is this the sort of tokenistic gesture which does nothing but tickle the pleasure centres of the privileged female few? You tell me.

The government-owned Bank of England has promoted national figures on paper currency for some forty years. Since that time the following have appeared:

Unlike America, which has long celebrated its national heroes on paper currency, such crass displays of personalised patriotism were a bit of a departure for Britain, which has mostly relied on the monarchy and its trappings as the symbol of national unity. Generally speaking, however, the individuals portrayed were fairly uncontroversial figures of notable personal achievement. As such the clear purpose was to show the state in a positive light as the guardian of the arts and promoter of science by means of association. The inclusion of reformers is particularly noteworthy, reflecting the ‘progressive’ colouring of the post-war settlement.

The current F Series marks an interesting turn. Reformers, scientists and engineers are out. Adam Smith, arch-apostle of capitalism, is in. As is Conservatism, in the form of self-publicist and outstanding military strategist (responsible for such strokes of genius as the Gallipoli Campaign) Winston S Churchill. The founders of the modern Mint, representing the banking interest, occupy pride of place on the £50 (not in general use as any poor sucker who has the misfortune to be lumbered with one soon finds out). As a double sop for culture vultures and the ladies is the mildly critical observer of upper class manners, Jane Austen. The odd (wo)man out, perhaps, but still well within the confines of the privileged elite. So the face of Britain today, as its money reveals, appears to be a nakedly capitalist one with no pretence of utility, boasting of its class domination, proud of its warlike heritage.

In addition to its main function (for the capitalist class as a means of rationing its slaves), money has long been a bearer of messages (see www.thecurrencycollector.com/pdfs/ The_Use_of_Bank_Notes_as_an_Instrument_of_Propaganda_-_Part_1.pdf). The issuing of money being, by and large, a state prerogative, the ideas transmitted are those the state wishes to transmit. The design of money shows the state as it wishes itself to be seen – an embodiment of common values, promoter of gallantry, endeavour, culture and learning – rather than as it really is – the bastion of unmerited privilege for the few, oppressor of the many.

One of the most prevalent state myths is the myth of national unity – that we are ‘all in it together’. As such, in the modern situation, it must be all inclusive. The modern British banknotes have usually included a female figure. Doubtless a gentleman of colour would also be an asset, but unfortunately there are very few suitable candidates, with most historical figures of African or Asian ancestry, such as the Chartist William Cuffay or the brave ultra-Radical William Davidson, being decidedly unrespectable.

By means of a counter to the state’s propaganda, individuals and groups have struck back by vandalising money. Defacing banknotes is illegal (traditionally French notes bore hair-raising threats of punishment for ‘contrefacteur’) and, more importantly, they can be refused as payment if vandalised. Despite this, the Iranian Green Movement has a substantial campaign writing anti-regime slogans on notes. In Canada anti-NDP slogans have been inscribed on banknotes. Many other examples are suspected fakes or have been produced as ‘art’. Politically motivated defacement is largely confined to coins. A recent example shows the Spanish King Juan Carlos, whose remoteness from the harsh realities of modern life on the peninsula has generated considerable hatred, rendered as the buffoon Homer Simpson.

In Northern Ireland in the 1970s rival claimants to state power struck their initials on coinage. It is a pity in a sense that the IRA, which defaced UK coins, and the Loyalists, defacing coins of the ROI, could not just have confined their activities to a coin war. The Second World War also had a coinage counterpart with the Free French countermarking Vichy coins with the cross of Lorraine and the Azad Hind counter-stamped British India coins (see www://scintillatingsilver.wordpress.com/2013/03/08/propaganda-on-coins).

Before the First World War the Suffragettes also carried out a coin campaign, stamping pennies with the slogan ‘Votes for Women’. They may have been inspired by the keepsakes brought back by soldiers who served in the Boer War, a decade or so earlier. British soldiers engraved a top hat and meerschaum pipe on coins depicting ‘Oom Pol’ Kruger to illustrate their contempt for the leader and icon of the ZAR.

Although American Abolitionists associated with the Free Soil movement are known to have inscribed coins, the origins of the practice seem to lie with the Radical Thomas Spence (1750-1813). Spence famously issued politically motivated tokens. He and his followers also vandalised coins for propaganda purposes. Spence is particularly interesting as he was arguably the first in the modern era to recognise the need for the radical reorganisation of the economic structure of society, not merely political reform or regime change. Although we may criticise the overly formulaic approach, Spence, his plan and methods of propaganda are worthy of a place in the socialist pantheon.