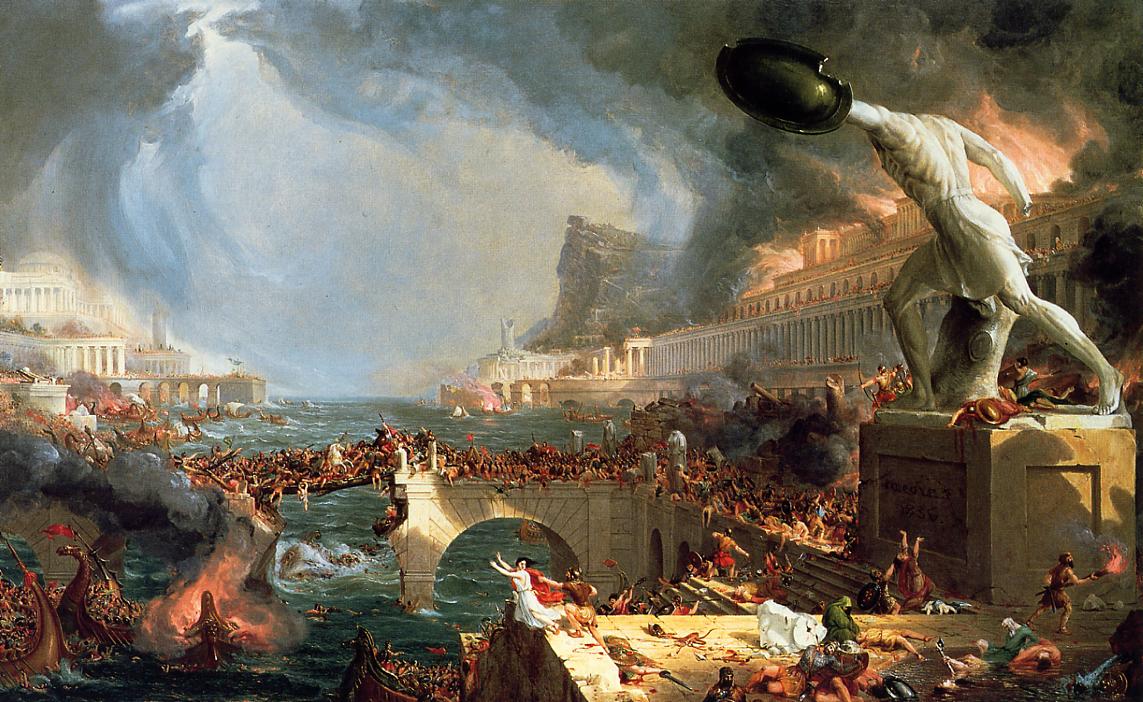 ‘Radical leftists’ cling to the belief that capitalism will collapse, thereby ushering in a new society—an illusion that suits their hazy understanding of socialism.

Back in 1932, in the depths of the Great Depression, the Socialist Party of Great Britain went out on a limb, or so it may have seemed to many leftists of the time, by insisting that capitalism would certainly not self-destruct. In a pamphlet titled ‘Why Capitalism Will Not Collapse,’ it rejected the ‘wrong and lazy idea’ that capitalism would ‘collapse under the weight of its own problems’ and criticised the ‘fatalistic attitude of waiting for the system to end itself.’

‘The lesson to be learned,’ the pamphlet concluded, ‘is that there is no simple way out of capitalism by leaving the system to collapse of its own accord. Until a sufficient number of workers are prepared to organise politically for the conscious purpose of ending capitalism, that system will stagger on indefinitely.’

It would have been nice if the prediction had been wrong: if capitalism had done us the great service of ending its own life or if the calamity of economic crisis (or war) could have automatically converted the bulk of the working class to socialism. But in fact, over the eight decades since then, capitalism has managed to stagger or even strut along, defying the hope (or fear) that it would self-destruct or bump up against some absolute limit to growth.

Despite all the examples history has provided us of how capitalism can weather a crisis and how a social cataclysm is no guarantee that workers will be ‘radicalised,’ many leftists still cling to the hope that economic crisis, war, or environmental catastrophe could topple capitalism or suddenly transform the consciousness of workers.

This unfounded belief came to the fore again in late 2008 amidst an intense financial crisis, as even mainstream economists were toying with words like ‘collapse’ and ‘meltdown’ to describe the condition of capitalism. The crisis still continues today, of course, but then again so does capitalism.

Yet one can hope that some of these misconceptions will be reconsidered in light of how these five crisis-filled years have not shaken capitalism at its roots, and that ‘radical leftists’ will rethink the process of fundamental social change. One sign that this reflection on a failed outlook and strategy may already be underway is the recent publication of Catastrophism: The Apocalyptic Politics of Collapse and Rebirth (PM Press).

The book is a collection of four articles by ‘partisans of the radical left,’ critiquing those on both the left and the right who believe society is headed for some sort of total collapse that will either usher in a new age or ‘awaken the masses from their long slumber.’ The authors label this apocalyptic outlook ‘catastrophism’.

The article of most interest to socialists in the book is, ‘Great Chaos Under Heaven: Catastrophism and the Left,’ written by Sasha Lilley, the co-host of the radio programme, Against the Grain, on KPFA (Berkeley, California).

Lilley identifies the two sides of the left catastrophism that has ‘shaped the radical tradition for well over a century’—namely, the expectation that capitalism will collapse and ‘predestined forces [will] transform society for the better,’ on the one hand, and the ‘idea that the worse things get, the more auspicious they become for radical prospects.’ She also quite astutely points out how these mistaken assumptions are connected to ‘the twin dangers of adventurism (the ill-conceived actions of the few) and political quietism (the inaction that flows from awaiting the inexorable laws of history to put an end to capitalism).

The idea among leftists that capitalism would collapse is typically based on a one-dimensional reading of Marx, Lilley observes. She notes that, even though Marx had ‘argued that crises are essential to capitalism, he did not equate such crises with the collapse of the system;’ and that ‘those who believe the system will crumble from crises and disasters lose sight of the ways that capitalism uses crises for its own regeneration and expansion.’ Unfortunately, the misinterpretation of Marx’s theory of crisis took root within the German Social Democratic Party and other supposedly Marxist organisations, exercising a powerful influence throughout the twentieth century.

Intertwined with the belief that capitalism will collapse is the idea that the worse things get, the better the prospects for revolution. Even though Lilley accepts that ‘social context’ obviously ‘shapes how people see their own situation and the forces at play around them,’ she emphasises that ‘there is no alignment of the stars that leads to collective, rather than atomised, resistance.’

The German Communist Party in the early 1930s provides the best example of where the ‘worse-is-better’ logic of the left can lead, encapsulated in their cheerful slogan, ‘After Hitler, our turn!’ Their turn to be rounded up and sent to the concentration camps, the Communists soon discovered.

The attitude of waiting for things to get worse (so that they can get better) is bad enough, but some leftists take it a further step, Lilley explains, by following the logic that ‘if worsening conditions are more propitious for radical change, then radicals should do what they can to make things worse.’ This is the asinine logic of the radical terrorists of the late 1960s and early 1970s who tried to ‘heighten the contradictions’ through violent or spectacular actions and bring down the state repression that could ‘mobilise the unmobilised.’

This strategy is riddled with problems, Lilley explains, ‘not the least of which is bringing repression down on others for their own good.’ Above all, it is a strategy that simply doesn’t work, she concludes: ‘radical mass movements typically grow because they offer hope for positive change,’ whereas ‘fear is corrosive’ and ‘demobilises.’

The lack of hope is at the heart of the politics of ‘left-wing catastrophism,’ Lilley argues, reflecting ‘a deep-seated pessimism about mass collective action and radical social transformation.’ This is certainly true, but socialists would add that this sense of despair is connected to the basic inability of leftists to envisage a true alternative to capitalism. In short, they are (at best) anti-capitalist but not pro-anything, really—at least nothing that isn’t upon closer inspection a variation of capitalism.

Lilley sidesteps this issue of what she and other radical partisans are for by inserting a sort of disclaimer in the introduction to the book and at the beginning of her article, stating that the aim will not be to ‘furnish prescriptions for mass action and revolt’ but to point out ‘what does not, and will not, work.’ She adds that a ‘militant radicalism with any prospects of success embraces catastrophism at its peril.’

Pointing out what does not work is certainly welcome, but one has the impression that Lilley limits the scope of her argument in part because, like the leftists she criticises, she has no clear idea of what a post-capitalist society would be like.

This muddled outlook is apparent from her attachment to words and expressions that sound revolutionary but are exceedingly vague, such as ‘militant radicalism,’ ‘radical collective politics,’ ‘mass action and revolt,’ ‘radical mass movements,’ ‘a broad anti-capitalist project,’ ‘mass collective action,’ and ‘radical social transformation.’

What does any of this mean, really? How can you advocate a ‘mass’ or ‘radical ’or ‘militant ’movement without saying even a word about what the aim of that movement is? Isn’t this lack of clarity among anti-capitalists precisely why they are so strongly attracted to the outlook of ‘catastrophism’ in the first place? Without a clear notion of a new society to replace capitalism, or of how workers could democratically bring it about, (anti-capitalist) leftists can only hope that a collapse will usher in a new age.

Instead of offering any source of real hope regarding the sort of society that could take the place of capitalism, Lilley concludes her essay with a sort of pep talk, reminding the reader that ‘navigating away from the stormy shoals of catastrophism … requires a commitment to mass radical collective politics, in inauspicious times as well as auspicious ones.’ But some readers might wish to understand what ‘mass radical collective politics’ means, exactly, before deciding on their commitment.

Still, even recognising the limited scope of the book (whether intentional or inevitable), it is a valuable and timely contribution to those who are frustrated by the limitations of the left. And, in addition to Lilley’s critique of the left, the book contains interesting essays dealing with the right-wing version of catastrophism and the Malthusian outlook prevalent among environmentalists.