Slavery and the US Civil War 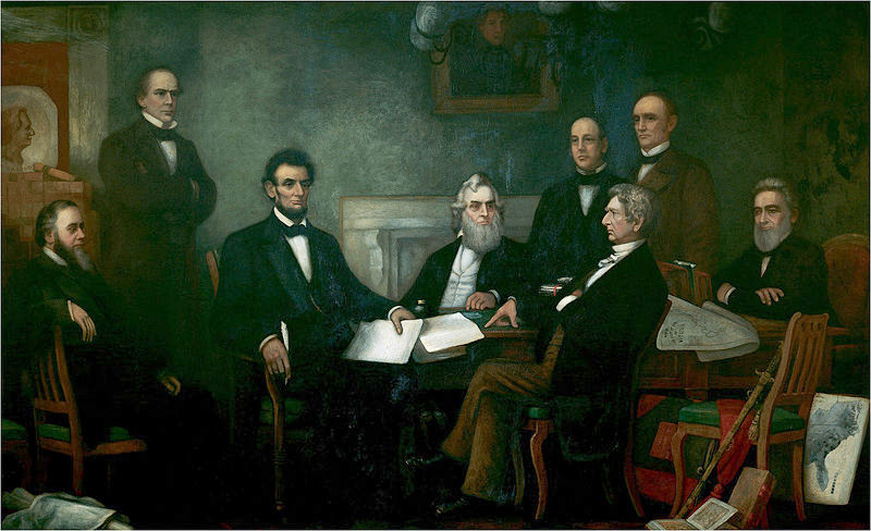 150 years ago President Lincoln proclaimed the end of chattel slavery in the United States.

The Proclamation of Emancipation freed slaves in the southern Confederate states that were fighting to secede from the Union. Up until this point the declared war aim of the northern states was to preserve the Union against the attempt of the southern states to secede. The war had always really been about slavery but it was only with the Proclamation of Emancipation of 1 January 1863 that it become openly so. Slavery had always been controversial in the US and had come close to being abolished in all states in 1787. By the early nineteenth-century it was outlawed in all states north of the Mason-Dixon line (which separates Maryland from Pennsylvania) but the growth of the cotton industry in the southern states gave slave-holding a new impetus. By the 1850s these states were seeking not just to defend but to expand slave-holding.

Lincoln was against slavery but was a moderate and pragmatic politician and he hoped first to restrict slavery to those states in which it already existed but ultimately to enact a policy of abolition with compensation for slave-owners. With the victory of Lincoln and the new Republican party in the 1860 elections the long-term survival of slavery was threatened. Unable to expand production into avenues that did not depend on simple labour, slave-holders required new land to expand production and avoid land exhaustion. Without the ability to expand into new territories, southern slave-owners were doomed to a slow decline. The future of slavery in the US depended on the secession of the southern slave-holding states and so began the U.S. Civil War, a war in which around 750,000 soldiers and 50,000 civilians died over the rights of a narrow oligarchy to own slaves (300,000 were slave-owners, 1.5 percent of the total US population).

A short new book by James Heartfield,  British Workers and the US Civil War (ISBN 978-0956806123, £4), looks at the attempts of the British government to intervene in the US Civil War on the side of the Confederates. Though not overtly pro-slavery this intervention was aimed at denting the power of the USA in North America and drew on anti-democratic sentiment prevailing in the British establishment at that time. The British press and politicians were overwhelmingly in favour of intervention on the side of the slave-owners. They were unsuccessful, however, in creating a casus belli to assist the Confederate states despite efforts to do so. The case being made was one of supporting a fledgling state in its attempts at independence. In this context an attempt was made to mobilise the cotton mill workers of the north-west of England in support of intervention on the side of the Confederate states on the grounds of the state of their trade due to the shortage of cotton imports from the southern states. This shortage was due both to a blockade of southern exports by the Union navy but also deliberate withholding by Confederates to provoke such intervention. Unemployment and short-time working impacted heavily on British cotton mill workers, but they refused to support the cynical attempts to engage their political support in favour of slave-owners.

With the working-class radicalism of the Chartist movement still within memory for many, a counter movement emerged to support the Union cause. This was focused on the radical Union Emancipation Society which contained a core of working class supporters. By contrast the far more establishment British and Foreign Anti-Slavery Society refused to take sides in the civil war. The popular support for the Union anti-slavery cause was assisted by Lincoln’s astute political move of issuing the Proclamation of Emancipation which made the war openly about the future of slavery. Thereafter it became politically impossible for the British government to intervene in favour of slavery. Having played an important part in preventing the possibility of war in support of the Confederates, the pro-Union anti-slavery agitation fed into a renewal of British working-class radicalism which helped to secure the 1867 Reform Act. Heartfield’s book is a timely reminder of how, decades after the abolition of slavery in the British Empire, the British ruling class had few qualms about intervening in a war that would have secured it elsewhere for their own ends and how working class radicalism played an important part in preventing it.

Marx and Engels considered the US Civil War to be the second revolutionary phase in the history of that country, involving the end of slave labour and the expropriation of slaver-owners. The thirteenth, fourteenth and fifteenth amendments of the US constitution abolished slavery with no compensation to the slave-owners, granted citizenship to all those born or naturalised in the US and granted the right to vote and hold public office to all citizens. From its struggles with the expansionist southern slave-owners the northern industrial capitalists had emerged truly dominant in the US. With ‘free labour’ now the unchallenged form of exploitation, independent labour politics could develop in the US. As Marx put it: ‘Labour in white skin cannot emancipate itself where it is branded in black skin.’ By the late nineteenth-century labour and socialist movements appeared to be flourishing in the US. However, we know what happened next. The history of the twentieth-century was one of the failure of labour politics and state capitalism and the marginalisation of revolutionary socialism. The US was the scene of a long battle against the rampant racism that still prevailed in the wake of slavery. It remains for the cause of the emancipation of labour to renew itself in earnest.