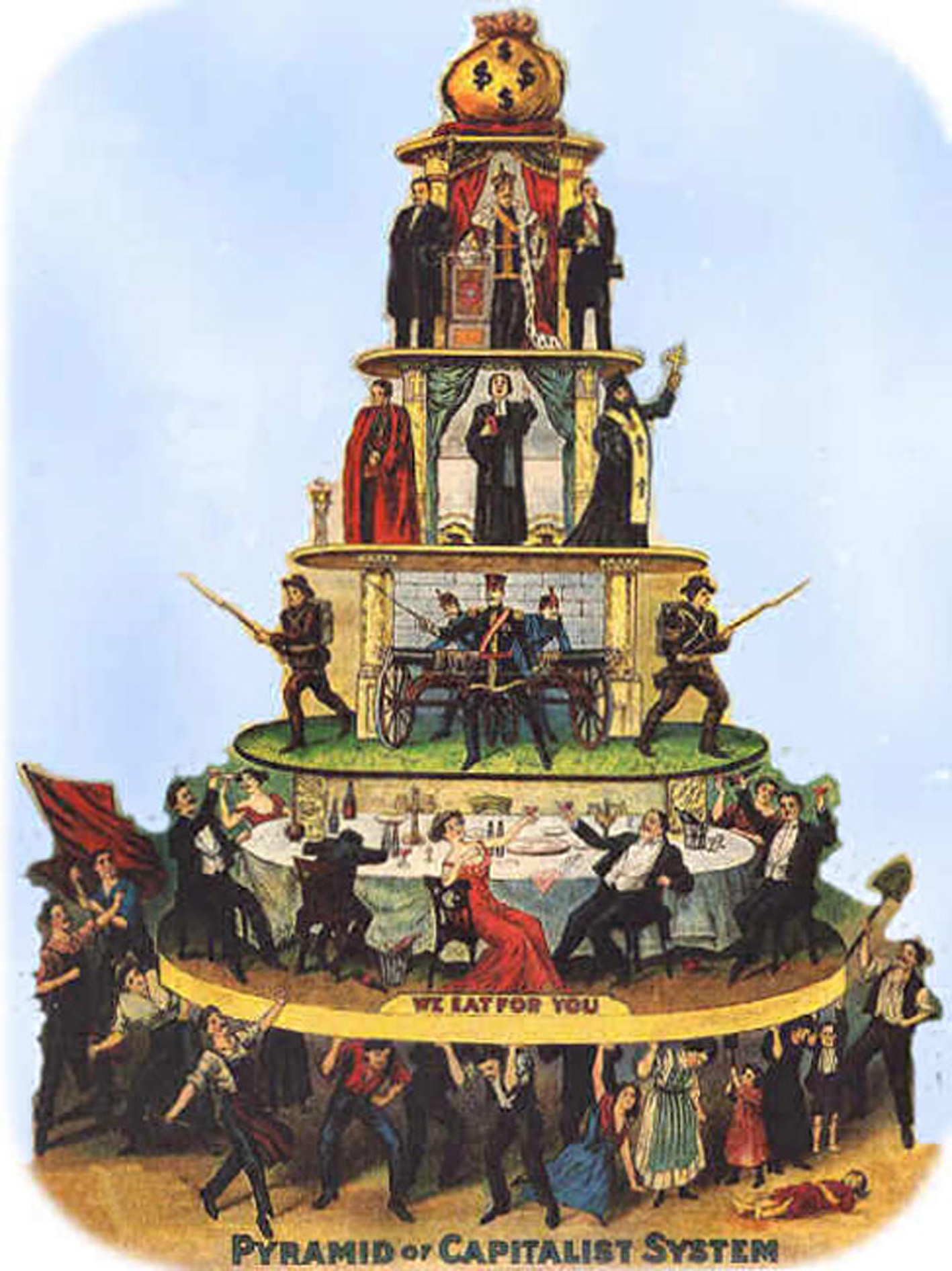 Gorän Therborn, Professor of Sociology at Cambridge University, is known for his writings on ‘post-Marxism,’ notably his 1980 book, The Ideology of Power and the Power of Ideology, where he reflects on the writings of Louis Althusser, and then describes the ‘ideological constitution of classes’ and the relationships between ideology, political power and social change.

In his 25-page essay, Class in the 21st Century (New Left Review 78, Nov/Dec 2012), Therborn describes the twentieth century as ‘clearly the age of the working class,’ stating that ‘working people who lacked property became a major and sustained political force’ but ‘the working-class century no doubt ended in defeat, disillusion and disenchantment, it also left behind enduring achievements’.

From a Marxist perspective, this survey of the twentieth century is open to criticism. Primarily, the fact remains that the capitalist class in the West were never removed from political power. In Russia, China, and Cuba, a Leninist ‘vanguard’ party bureaucratic class operated a state capitalist system of production and the working class continued to have their surplus value stolen from them. Reforms in the West to capitalism in the 20th century that could be said to have benefited the working class like the introduction of the Welfare State in Britain are also open to question. So-called ‘achievements’ like full employment, economic policies in the Keynesian mould adopted after 1945, state capitalist ‘nationalisations’ of major industries, legislation to protect collective bargaining and industrial action have all been reversed after world capitalist production went into crisis in the 1970s and the global capitalist class adopted a more unfettered form of capitalism in order to shore up profits.

He writes of the ‘Social Democratic labour movement’, ‘the reformist wing of 20th century labour’, ‘modern, centre-left social democracy’ and ‘Communist parties or their descendants’ as the sources of the ‘achievements’ of the past and claims that they have left ‘progressive legacies’ for the 21st century. Therborn feels ‘whatever may be said about the ruthless authoritarianism of its leaders, the Communist movement produced an extraordinary number of self-sacrificing, dedicated militants in every corner of the world. Their adulation of Stalin or Mao was wrong-headed, but very often they were the best – sometimes the only – friends of the poor and the downtrodden. This everyday commitment demands the respect of all progressives’.

That’s as may be, but Therborn admires leftist leaders and organisations such as Castro, Chavez, and ‘Morales and his coca growers with a spine of disciplined cadres’. He appears committed to a belief in leftist political organisation and leadership as formulated by Lenin. Therborn writes that ‘the October Revolution provided a model of political organisation’. Lenin wrote ‘that the working class, exclusively by its own efforts, is able to develop only trade union consciousness’, and argued that class-consciousness had to be brought to the working class ‘from without’ by professional revolutionaries organised as a vanguard leading the working class to ‘socialism’. Therborn does not speak of socialism; it is always about reforms in the interests of the working class in capitalism. One is again reminded of Lenin who argued that ‘socialism’ is a transitional society between capitalism and full communism in which ‘there still remains the need for a state’ and a money economy. Lenin emphasised the concept of the ‘dictatorship of the proletariat’ which would become the ‘dictatorship of the Party over the proletariat’. According to Lenin: ‘It follows that under communism there remains for a time not only bourgeois right, but even the bourgeois state, without the bourgeoisie!’ The theory of ‘socialism’ as a transitional society is an apology for state capitalism.

Therborn writes that ‘the persistence of Communist-led states after 1989-91 means that a socialist option remains open to some degree’ which clearly establishes that Therborn believes China under Mao was a ‘socialist’ society.

Leftist and Leninist political parties and governments have not abolished capitalism, do not promote socialism and do not agree that ‘the emancipation of the working classes must be conquered by the working classes themselves’. Therborn believes that in Latin America ‘socialism is on the agenda’ with ‘left-of-centre governments’ but Cuba, Bolivia and Venezuela are ‘state capitalist’ economies.

Therborn sees the 21st century as heralding ‘the return of class as an ever-more powerful determinant of inequality,’ but Marxists argue that class never went away. He points correctly to the development of capitalism in China, India and Brazil as being of importance and that ‘the emergence of a powerful movement based on this proletariat would have a tremendous impact,’ although he concludes that a ‘political transformation spearheaded by working-class parties seems even more improbable – whether they are reformist or revolutionary in character’. But Therborn does say that ‘For a new left to have true global significance, deeper roots will have to be dug in Asia.’

Therborn says ‘the liberal media looks to an ascendant middle class as the vanguard of democratic reform’. He believes that the 21st century will be ‘the age of the global middle class. The workers of the last century are banished from memory; a project of universal emancipation led by the proletariat is replaced by universal aspiration to middle-class status’.  Progress, he thinks ‘is likely to be driven by the hopes and resentments of the middle class’ and ‘workers and the popular classes in all their diversity – the plebeians, rather than the proletariat’. Here, Therborn appears to be using definitions of social class from Ancient Rome: the plebeians were a class below the patrician landowners but above the ‘capite censi’ of the proletariat, and so they are akin to a modern ‘middle class’ or petty bourgeoisie. But later Therborn confusingly distinguishes between ‘the new middle class, or the plebeian masses’. He sees that in ‘a confrontation between the rich and the rest, with the middle class playing an important role among the latter’.