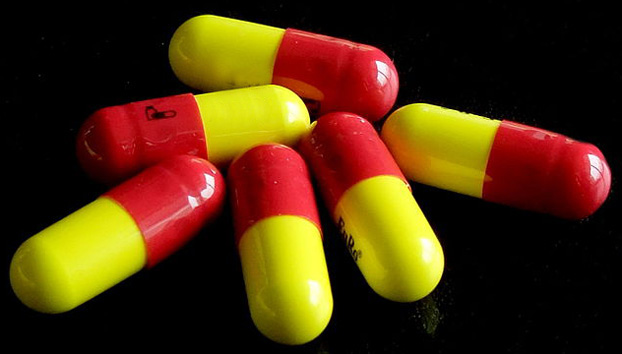 The United States military are stuffing their hired killers with drugs. According to the Toronto Star (28 April), after two long-running wars – in Afghanistan and Iraq – more than 100,000 active duty US Army troops last year were taking prescribed anti-depressants, narcotics, sedatives, anti-psychotics and anti-anxiety drugs, caused mainly by escalating combat stress.

Almost 8 percent of active-duty personnel are currently on sedatives; and 6 percent are on anti-depressants, an eightfold increase since 2005. US lawyers are blaming the military’s heavy use of psychotropic drugs for their army clients’ aberrant behaviour. Troops are sent out on deployment with up to 180 days’ supplies of so-called medication, much of which they can swallow at the end of just one “anxious day”. And solders with injuries easily become dependent on narcotic painkillers.

And he answers himself: “You make a calculated risk in prescribing these medications.” Indeed, the modern army psychiatrist’s kit is likely to include nine kinds of anti-depressants; benzodiazepines for anxiety, four anti-psychotics, two kinds of sleep aids and drugs for attention-deficit hyperactivity, according to a 2007 review in the Military Medicine journal.

There was some early ad hoc use of psychotropic drugs during the Vietnam War. Prior to the war in Iraq, however, American soldiers were not permitted to go into combat on psychiatric drugs. Now, some troops in Afghanistan are prescribed drugs that have been associated with paranoia, rage and violent anger spells, and urges to suicide. And all this following training to kill! And show aggression…

Not surprisingly, an increasing number of soldiers and marines behave similarly when not in combat. James Culp relates just one example among many. Last year, Private David Lawrence murdered a Taliban commander in Afghanistan. He pleaded guilty. He was sentenced to 12½ years, but this was later reduced to 10 when it was revealed he was suffering from schizophrenic episodes. He said he was hearing female voices. He was prescribed Zoloft for depression and Trazodone. The voices got worse and he began seeing hallucinations of the chaplain, minus his head. He then walked into the Taliban’s cell, in the jail, and shot him dead. His father said: “They give him a gun and he does that!” Presumably, like most people, Private Lawrence was not normally aggressive or violent. But fighting in one of capitalism’s wars made him so.