From Handicraft to the Cloud: Part 2 of 2 – The 21st Century 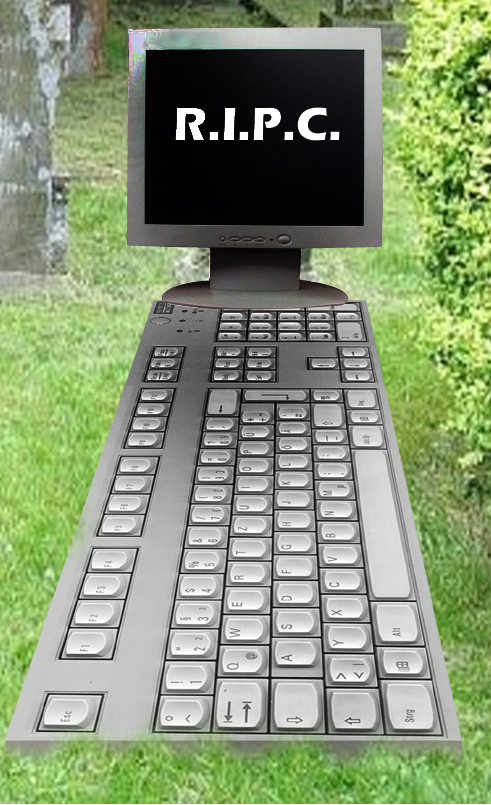 The Internet versus the iPod

The first year of the 21st Century was a remarkable one for mass personal computing in many respects including the launches of Windows XP, the iPod and Wikipedia. In 2001, XP was introduced for both home and office users – for over a decade, these had been separate. For home users it was the first version of Windows that required activation (Microsoft Office soon followed suit). Installation CDs were not included with new XP computers which discouraged experimenting with alternative systems. Various legal and illegal projects took the XP operating system and stripped it down for performance gains, proving it could still be functional with less bloatware. Windows Media Player was ‘bundled’ (included in the installation) but was still unpopular, being bloated with eye-candy, and many users replaced it. XP also removed the command-line interface option, a key route out for power users.

The Scratchware Manifesto (at the Home of the Underdogs website) sums up the state of games development but the comment equally applies to software generally.

“An industry that was once the most innovative and exciting artistic field on the planet has become a morass of drudgery and imitation. A project that costs millions must have a development team to match; ten people, twenty, thirty, more. It must take years from project start to completion. It must involve so many talents, and so much labour, that no single creative vision can survive. … You need thirty talents to develop a game? Bullshit. Richard Garriott programmed Ultima by himself in a matter of weeks. Chris Crawford developed Balance of Power sitting by himself at his Mac. Chris Sawyer created RollerCoaster Tycoon – last year’s number 1 best-selling game – almost entirely on his own. What do you need to create a game? Two people and a copy of Code Warrior. You need millions in funding to create a great game? Garbage! As recently as 1991, the typical computer game cost less than $200,000 to develop. NetHack, still one of the best computer games ever created, was developed for nothing, by a development team working as a labour of love, in their spare time.”

It wasn’t that Microsoft was incapable of innovation, nor was it a company uniquely bad for users’ needs. Windows XP actually introduced decent multi-user accounts albeit some 10 years after Linux. But Microsoft has held back many features that might have made life easier for users. In Windows Neptune, Microsoft experimented with task-orientated interfaces (allowing users to focus specifically on relevant tasks without unnecessary screen clutter) pre-empting by about a decade those of the Chromebook and Ubuntu Linux Unity. Unlike XP however, Windows Neptune was never released. Driven by short-term commercial and compatibility considerations, the standard desktop metaphor of files and folders remained for the mass of users while no-one got to hear about alternatives. Microsoft even tried to incorporate the desktop metaphor into the Windows phone, which finally proved its uselessness beyond all doubt. Windows 8, predicted for release at the end of this year, finally drops the desktop metaphor to some extent. Eventually perhaps Microsoft will provide features long in existence such as live CD/USBs from which you can run an operating system, bespoke installations rather than bloated generic ones, unattended installations you don’t have to babysit, and installation direct from USB.

The internet had effects on the industry in ways which both benefitted and hindered users. At the turn of the millennium, the hacker ethic of sharing was dramatically revived, Napster popularised peer-to-peer sharing of information, principally music. It was tremendously popular and free access but it was also illegal. After Napster’s demise at the hands of the industry, Apple launched iTunes Store in 2003 which was only accessed through iTunes software and could only update iPods. Such artificial software ‘lock-ins’ were a way to stimulate hardware sales in the post “computer in every home” heyday.

The sharing ethic was also channelled into legal collaborative efforts. Many innovations came from the Free and Open Source Software movements. Linux had become a workable operating system for ordinary home users and Knoppix introduced the first popular live-CD environment. Puppy Linux stripped down bloated operating systems without harming functionality and proved modern software can run on old systems. Debian Linux was software with an ethical sharing philosophy. Wikipedia dwarfed all of these innovations, becoming one of the biggest encyclopedias in human history. Several CD-Rom based encyclopedias that had been considered so innovative only a few years before promptly went bust.

Criticism of the industry is varied and to some extent constrained by the industry press reliance on advertising revenue from the targets of their criticism. Some criticism is little more than vendor tribalism, but some goes deeper, exploring the mode of production itself. In one popular article, commentator Joel Spolsky in December 2003 claimed somewhat idealistically that making software is not a production process, as if design is not part of production.  Some, like Eric S. Raymond, came up with a novel critique. He makes much of the open source aspect, but little of the free access part. In a 2008 essay he says “More precisely, I hate the proprietary software system of production. Not at the artisan level; I’ve defended the right of programmers to issue work under proprietary licenses because I think that if a programmer wants to write a program and sell it, it’s neither my business nor anyone else’s but his customer’s what the terms of sale are.” This is similar to those who complain that software encloses content in “walled gardens” and want to tear down the walls, but are still content to let the produce of these gardens be exploited by private interests.

The most radical voices tend to come from the free software movement who add free access (an aspect of freeware) to their open source critique of walled gardens. Even among these advocates it is becoming clear that the free access and open source software is not enough. Founder of Linux, Linus Torvalds complained of the “users are idiots mentality” on 12 December 2005.

“This “users are idiots, and are confused by functionality” mentality … is a disease. If you think your users are idiots, only idiots will use it. I don’t use Gnome, because in striving to be simple, it has long since reached the point where it simply doesn’t do what I need it to do.”

This leads us to the present where the industry has resorted to practices blatantly not in the interest of users such as the Microsoft policy to “extend, embrace, extinguish open standards”. Software aims for complete simplicity for the mass of home users while at the same time being increasingly difficult for power users to work with. App stores are characterised by software or content as a commodity with ultimate control by the store owner, which is a far cry from the hacker ethic. Even free software supporters talk approvingly of creating app stores. Maybe they would even support remotely bricking (disabling) iPhones if they are jailbroken (hacked) in order to update their applications.

Some primitivists seek solace in retro-computing and oldversion.com has the slogan “because newer is not always better”. Meanwhile Microsoft markets new versions of Windows with gimmicks including a 3D desktop, better voice recognition, touchscreen and Office with a ribbon interface. These gimmicks extend to using bogus version numbers. Windows 7 was actually revealed to be marketing hype and known internally as Windows 6.1, meaning that it was a lot less different than it pretended. Microsoft is working on artificially locking new hardware to only work with Microsoft operating systems, no doubt calling this better ‘security’. Windows 8 invites users to hand over the ability to wipe clean their computer data to remote Microsoft servers, supposedly for greater ease of use. Then there is ‘shovelware’. Sales of new hardware are driven by low prices subsidised by advertisers who ‘shovel’ in pre-installed low-value software as advertising filler.

The personal computer revolution bears comparison to the Industrial Revolution, only the personal computer revolution has happened more quickly. The sum of all human knowledge will soon be available at our fingertips. The tools to create any recordable media such as film, music and books will be too. ‘Infosocialists’ such as Anonymous and HackBloc (whose motto is ‘Exploit code not people’), the Free Software Foundation and Richard Stallman all support the free software movement and co-operative enterprises such as GNU/Linux. There are also Lawrence Lessig and the Electronic Frontier Foundation who approvingly argue that ‘free culture helps free markets’, clearly only seeing part of the solution from a socialist perspective. History and industry trends show that all code should be the common treasury of all and developers should be encouraged to develop passive consumers into empowered knowledgeable end users. Although Marx wrote some notebooks on the history of technology they are now lost, so perhaps the last word should go to Harvard professor Jonathan Zittrain’s predictions of the end of personal computing.

“The PC is dead. Rising numbers of mobile, lightweight, cloud-centric devices don’t merely represent a change in form factor. Rather, we’re seeing an unprecedented shift of power from end users and software developers on the one hand, to operating system vendors on the other—and even those who keep their PCs are being swept along. This is a little for the better, and much for the worse.” (Jonathan Zittrain, 2011)

Inside the Black Box: Technology and Economics (1983) by Nathan Rosenberg (particularly Chapter 2).

The Anarchist in the Library (2004) by Siva Vaidhyanathan.

Free culture, P2P networks, alternative economic models, and why some people do not want freedom (2005) by Jorge Cortell

Why I Hate Proprietary Software (2008) by Eric S. Raymond.

Karl Marx on Technology and Alienation (2009) by Amy E. Wendling.