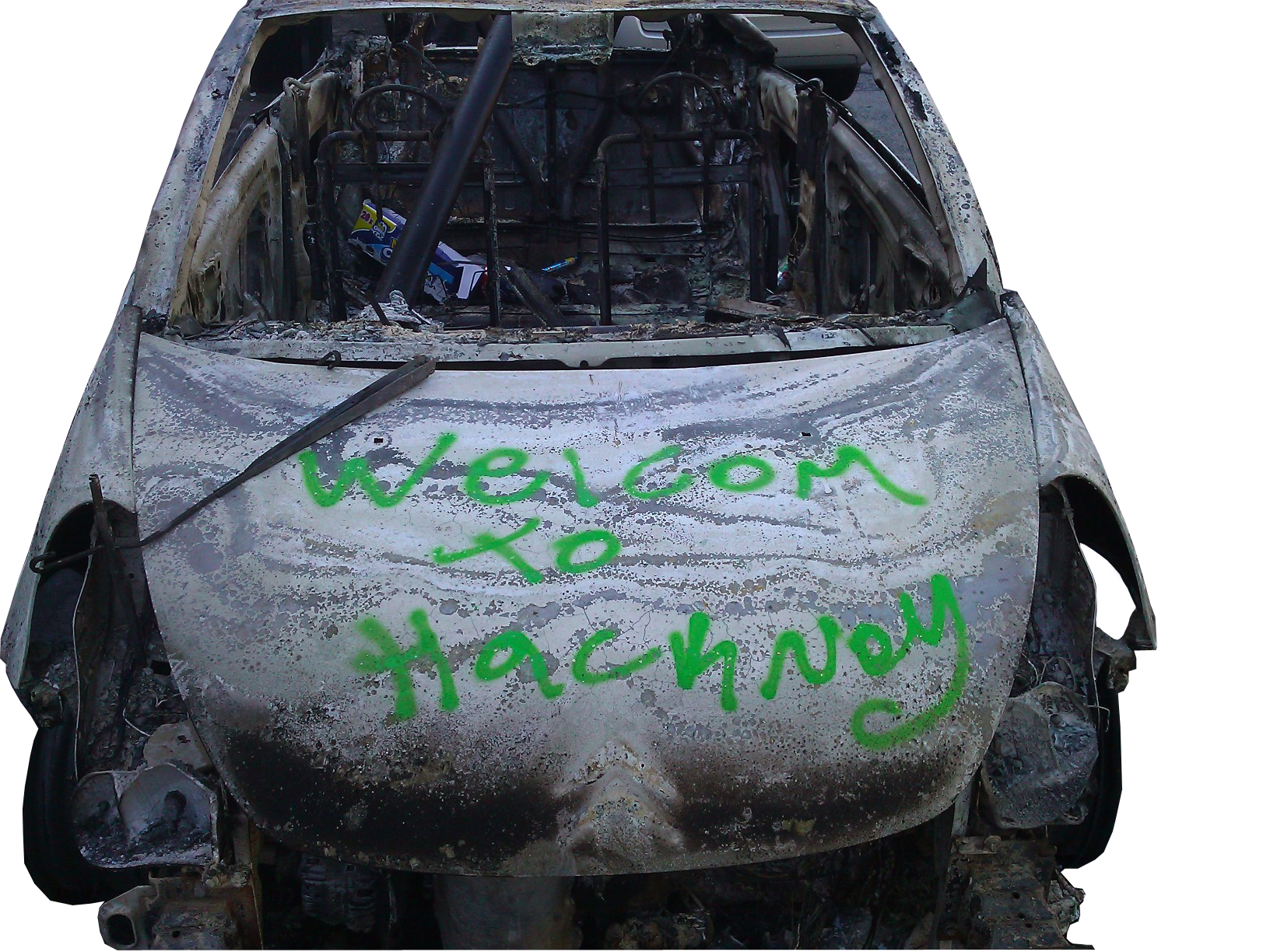 We take another look at the August riots.

Moral outrage ran riot across the pages of the tabloid press for six days in August this year while looting, arson and battles with the police spilled across the streets of London and other English cities. Angry condemnation of the rioters and promises of legal revenge emerged from the mouths of Westminster politicians, while the nightly television newscasts drip-fed the nation with a steady message of shocked disapproval.

‘These are sickening scenes. This is criminality pure and simple, and it has to be confronted and defeated’ said an apparently affronted David Cameron (PM and former member of the Bullingdon Club).

In the first days and nights of rioting, David Lammy, Labour MP for Tottenham, put the establishment case. The riots were: ‘an attack on Tottenham, on people, ordinary people, shopkeepers, women, children , who are now standing on the street homeless as a consequence’. It was a politician’s oily speech, carefully tailored to achieve maximum media effect, but it expressed a view which many of Lammy’s constituents might well have shared: the main damage inflicted by the rioters was on their own communities. The looting and arson attacks had been indiscriminate, directed at small local shops as well as banks, larger businesses and chain stores; people’s homes had been destroyed and members of the community were left traumatised and angry. Eventually, the rioting would also lead to the deaths of five innocent people. What Lammy’s comment also implied, though, was that the rioters were somehow not ‘ordinary people.’ By marginalising them in this way he was showing a desire to sidestep any need to understand what was happening.

Revolution?
Unreported by the corporate media, another very different political commentary was also taking place. Its tone was not condemnatory but enthusiastic: ‘We are in a revolutionary moment’, proclaimed one blogger, ‘Prepare yourself…’ Several of the more excitable anarchist and leftist groups were in animated discussion about whether the long awaited ‘revolutionary moment’ had arrived; or, if it hadn’t, whether the rioting was, at least, an important step towards it; or, if it wasn’t, whether this was, anyhow, how revolution might begin?  Of the more ponderous political groups out on capitalism’s left-wing, the Trotskyist ‘Socialist’ Party of England and Wales (SPEW) preferred to censor the disorderly way young workers on the streets were expressing their frustration at the system. In its view, this was clearly incorrect. (The rioters, evidently, had not asked SPEW to stage manage the week’s events.)

Capitalism and the limits of tolerance
So, what did actually happen during those six August days and nights? Was it simply a sudden and inexplicable upsurge in criminality and ‘disgusting behaviour’ by urban youth? Or was it an inarticulate cry of the working-class stumbling blindly towards a revolutionary overthrow of the established order? Perhaps, of course, it was neither of these things.  Perhaps it was something else entirely.

It’s worth reminding ourselves that the rioting, wherever it occurred, had several obvious and consistent features: it took place almost exclusively in the poorer districts of cities; it had no obvious racial basis; the participants were young, sometimes very young; and where their voices were recorded in the dozens of published web videos, they delivered the same angry and unambiguous message: “it’s payback time.”

Payback
But payback for what? The answer which the rioters gave most frequently themselves was payback for years of indignity suffered at the hands of the police. And it was apparent that at the Pembury Estate in Hackney and at various other locations, many of those out on the streets were spoiling for a fight. ‘Kill the police’, they shouted. One man summed up the general mood this way: ‘[The police] are not all bad but most of them are; no-one around here has got any liking for the police’.   I’ve been wanting to do this to the Fedz for years, said another. Although the killing of Mark Duggan by police officers on 4 August and the insulting treatment meted out to his family was a powerful trigger for the riots, it was the longer-standing resentment felt towards the police in London and elsewhere that lit the powder keg.

For unemployed teenagers and young people in urban areas, regular harassment by police and the use of stop-and-search tactics has long been the source of that resentment. For black communities who feel themselves singled out for this kind of treatment, it is a double insult. But, black or white, the rioters universally expressed the view that the police “took the piss” on the streets.

There was, though, another aspect to ‘payback.’ It was about claiming what many felt society had denied them: the right to be treated equally and the right to a decent standard of living. They were not shy about it: it was about ‘the money’. Stafford Scott, in a Guardian comment piece made this connection: “looting comes from the belief that if you cannot get equality and cannot expect justice, then you better make sure that you get paid.” Though he was speaking of attitudes within the black community, his remarks chimed very closely with what all the rioters were saying.  For some, the collective nature of ‘riot’ was enough to legitimise the looting of shops and businesses. It was a moment of ‘freedom’ one teenager claimed.  And though not all spoke openly in these terms, the attitude is nevertheless implicit in the widespread notion of payback.

Class war
So, were the rioters simply criminals, as Cameron, and others claimed? Certainly they were criminals. The law defines all attacks upon capitalism’s system of property relationships as criminal, whoever carries them out.  But the question that Cameron, as a defender of capitalist property could not raise, however, let alone answer, was what kind of challenge the rioters were making.

The significance of the August riots becomes clear only when they are set against the background of the conflicts of interest that are built into the social relationships of capitalism. Those conflicts are never far from the surface and are liable to break out at any time, visibly and destructively. That’s especially the case when the capitalist system, which is always unstable and unpredictable, puts large groups of people or even whole classes under pressure. And the rioters who came from Hackney, Tottenham and Peckham, and from dozens of other socially deprived urban areas around the country were certainly feeling the pressure. Many of these areas have for a long time been dependent on services funded by government and, as a result, are now being disproportionately hit by cuts in public spending. As the UK Coalition government continues its policy of making the working-class pay for the chaos and shrinkage in the economy, many families on low incomes now face not just the prospect of increasing unemployment but benefit cuts, higher prices, and the withdrawal of public services. All this is happening – and seen to be happening – in a society where the gap between the rich and the poor continues to widen, and conspicuous consumption by the rich continues unabated.  It is hardly to be wondered at, under these circumstances, that frustration is going to spill over into action on the streets.

The rioting was not an example of class conflict. There was no direct confrontation between workers and their employers, for example.  The indiscriminate acts of violence, and arson seen on the streets last August were purely destructive.  The looting was for individual gratification or to meet individual need.   And there was certainly no sign that any of this would lead to a revolutionary overthrow of the capitalist order.  But as damaging to their own working-class communities as the riots showed themselves to be, they were a response to the specific class conditions that the rioters fond themselves facing under capitalism.  The targets they chose to loot were the everyday embodiments of capitalist property relations, high-street shops and businesses that hand over their consumer goods only to those with the money to pay for them. Also targeted were the defenders of those property relations, the police. Looting in these circumstances is a way of breaking through the barriers that capitalism imposes. It’s a way of challenging capitalism’s institutionalised entitlement system (money) and asserting your own sense of entitlement to a share of what society has produced.  To that extent, rioting is a political statement.

What is striking, though, is how little sense of identification the rioters had with their own communities or with other members of their own class.  From a socialist perspective, they betrayed no real understanding of why they lacked jobs and had little prospect of getting them – or why they needed jobs at all.  They showed no understanding of why they led impoverished, disempowered lives in a world full of rich folk, expenses-grabbing politicians, greedy bankers and glitzy consumer goods. They were seeking payback and a means, individually, to survive.  They were not fomenting revolution.  But at the same time, they understood enough to know that their interests were not being served by the world in which they lived, and felt strongly that they were entitled to something more.
HUD