1989 and All That: The Fall of the Russian Empire 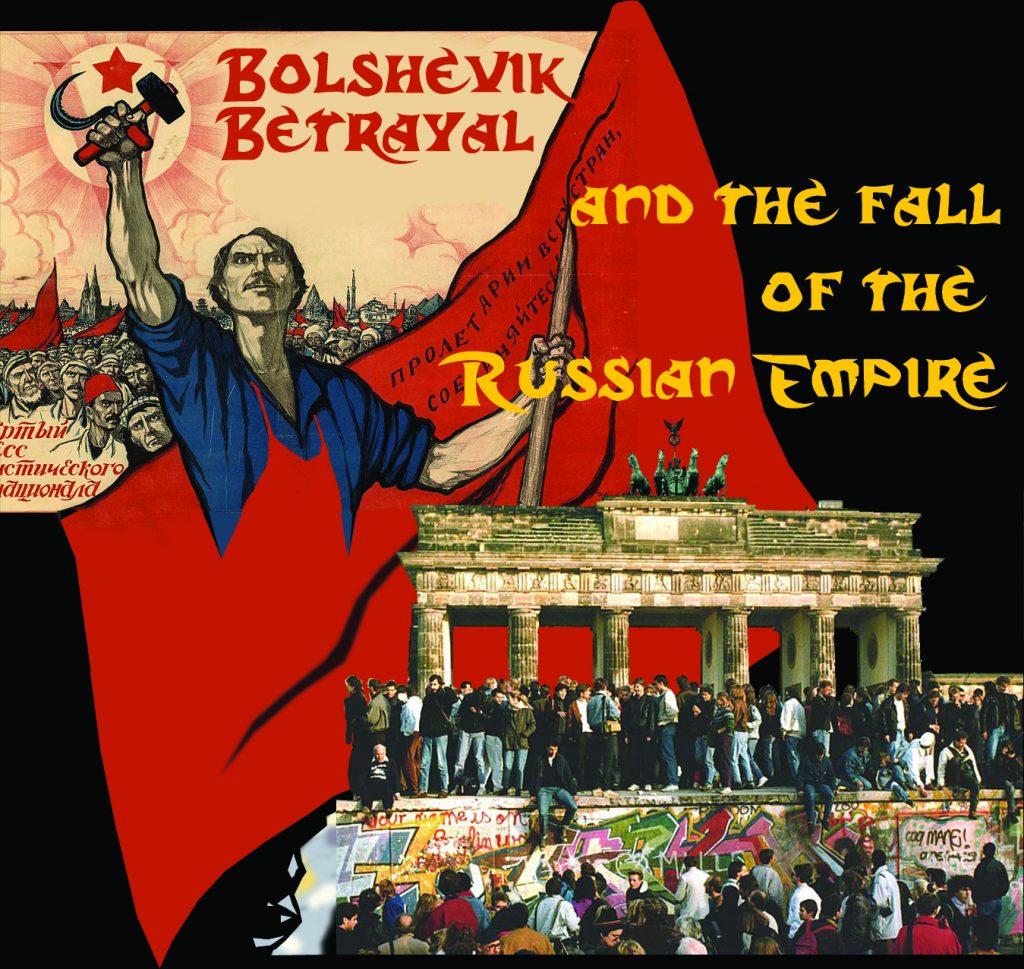 Thirty years ago this month the Berlin Wall came down marking the end of the Russian State-capitalist Empire. We recall that, right from the start, we realised that Russia was not heading for socialism.

Of all the groups which arose during the Russian Revolution, those who came nearest to getting it right were arguably some of the‘Mensheviks.’

The Russian Social Democratic Labour Party had split, before the Bolshevik coup, into Bolshevik (majority), and Menshevik (minority).

The Bolsheviks followed Lenin and their belief, amid the turmoil following the Tsar’s abdication (the Revolution had been underway since March 1917), was that the working class was too weak to make a socialist revolution. This was true, and the Mensheviks agreed. The two factions disagreed over the following.

The Mensheviks said that capitalism must be developed in Russia and industry and technology built up to the level of western Europe. Then, and only then, would the working class grow and achieve the strength in numbers and the awareness to carry out a socialist revolution. Socialism must be global and achieved by the workers themselves. In the meantime, they said, it is important for all to have freedom of press and assembly, and an open parliament, so that the free circulation of ideas can accompany social development. Russia, said the Mensheviks, could not jump over capitalism, but this had to be gone through. Parliamentary democracy was therefore the best option.

The Bolsheviks didn’t want to wait. They said (like the Leninist parties today) that the workers will never become aware of the need for socialism, and must therefore be led to it by a vanguard of intellectuals (meaning the Bolsheviks themselves)

So, in November 1917 (October by the old Orthodox calendar), Lenin, Trotsky, and a bandful of Bolsheviks plotted and carried out a minority coup d’etat against the provisional government of Alexander Kerensky, and got workers to support them with the slogans ‘Bread!’ and ‘Stop the war!’ In the countryside, Bolsheviks put forward the slogan ‘Bread and Land!’ as well as ‘Stop the war!’

The Bolsheviks’ campaign to stop the war reached the West, and in 1915 they had attempted to have their anti-war declaration published. Every paper in Britain refused except the Socialist Standard, which published the Russian Bolshevik declaration on its front page, proclaiming solidarity with all workers wanting the war stopped.

Lenin and Trotsky, after seizing power in November 1917, kept their promise to stop the war, winning massive support. The Treaty of Brest-Litovsk was signed with Germany, taking Russia out of the war.

Almost immediately, the Western Allies blockaded Moscow and shut out all information concerning Russian events. British and US armies were dispatched to Russia’s north-west; in the south and east, Tsarist armies terrorised the countryside, while in Moscow and Petrograd (St. Petersburg) Lenin and Trotsky gave into hysteria similar to that of the revolutionaries in Paris in 1793.

In Ukraine, Makhno’s Anarchist cossacks defeated the Tsarist army there and made an alliance with Lenin and Trotsky, which the Bolsheviks reneged on later.

Responding to the conditions of the military blockade, the Bolsheviks cracked down with their own terror, abolishing freedom of the press and arresting and executing political dissidents. In the naval port of Kronstadt, the sailors mutinied, demanding the socialism the Bolsheviks had promised, and bread for the workers at least. Trotsky sent raw young frightened Red Army recruits against the sailors and many were killed. Finally the Red Army overran Kronstadt and those sailors who were not killed escaped to Finland.

Fleeing for their lives, many Mensheviks escaped to Georgia and held out briefly there against the Bolshevik government forces. Trotsky then turned his attention to destroying the Ukrainian Anarchistsas Lenin’s government became more secure.

Having seized control of the Russian state, Lenin found himself faced with the enormous task of transforming a vast peasant economy in ruins into a capitalist nation-state. Just as the Mensheviks had told him, Russia wasn’t ready for socialism and had to build a capitalist economy. Now he was faced with the task, having closed parliament outlawed all parties besides his own and established a dictatorship based on tyranny over the working class.

He thus elaborated an ideology which would permit the ruthless development of capitalism under a one-party state and still keep a ‘Marxist’vocabulary.

He renamed the Bolshevik RSDLP the Communist Party of the Soviet Union, redefined 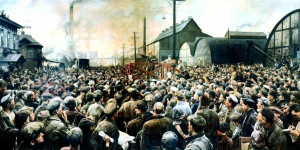 socialism as state-capitalism, and said that this ‘socialism’ must be an immensely long ‘transition period’ before communism (real socialism) can become a reality. A transition period which, naturally, would be ruled over by the CPSU.

By 1918, it was obvious to us that what had occurred in Russia was not a socialist revolution, but a coup d’etat by a group of opportunists, paving the way for a semi-feudal economy to be transformed into a modern capitalist state. However it took nearly 70 years before Russia finally dropped the pretence of being socialist and did away with its pseudo-Marxist terminology and emerged as the openly capitalist power it is today.